If you’ve got a job, be happy 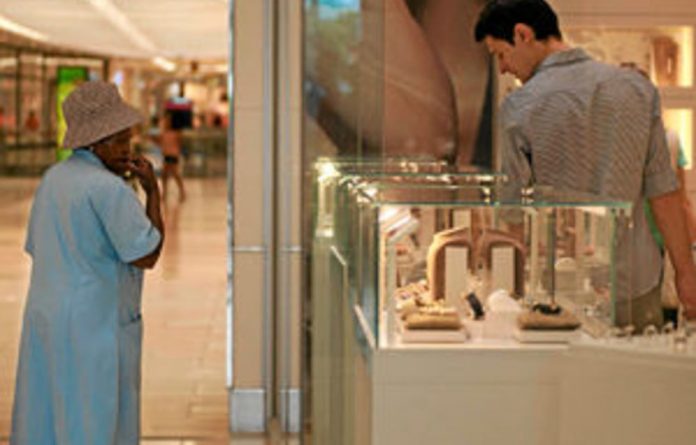 If you have a job and some assets, you are better off than you realise. Indicators of economic activity released over the past few months suggest that our economy is starting to find its footing and 2012 may be better than we expect, despite the general pessimism about the eurozone.

Bond originator ooba recorded a 33% increase in the value of bonds approved in November, the highest recorded since May 2008 before the global financial meltdown.

On the upside, retail sales growth has continued to surprise economists and the good news is that we are doing it without taking on additional debt. Credit extension figures for households are the weakest ever recorded post-recession and, according to FNB’s household debt-service risk index, the vulnerability of the country’s household sector when it comes to being able to service its debt appears to be diminishing. The index shows that, although household debt is not at a comfortable level, it is moving in the right direction.

Revenue collection figures at the end of November showed that government revenue collection exceeded expectations, with value-added tax (VAT) revenue up 26%, excise duties up 37% and a 14% increase in personal income tax. VAT and excise duties are good indicators of spending, and higher personal tax collection suggests either higher wages or more jobs. Either way there is more money to spend.

The wealth effect
Although it may not feel like it, South African consumers are, on aggregate, substantially better off than they were a decade ago. The issue, though, is that the wealth effect is not yet broad-based and remains limited to those who are employed and have assets.

Reserve Bank figures show that household net wealth clocked in at R6.5-trillion at the end of last year, increasing by 9.7% on the previous year. This is a record level despite the recent global economic turmoil.

Over the past seven years, household wealth increased by slightly more than R3-trillion, an average annual growth rate of 12.9%. Most of this is in the form of financial assets (R4.6-trillion), including bank deposits, pension funds and unit trusts. Residential property makes up R1.6-trillion.

South Africa’s household debt makes up R1.2-trillion, which leaves us with a net asset base of R5.3-trillion. According to Stanlib economist Kevin Lings, although some homeowners may be struggling to keep up their bond instalments, on aggregate the value of residential property was equal to 210% of the amount owed on these properties.

Benefits of trade
Arthur Kamp, chief economist at Sanlam Investment Managers, said that on the upside South African consumers would continue to surprise as few economists appreciated the full benefit of the boost to incomes from the commodity boom and its positive effect on the trade account.

The rising price of resources was one of the reasons South Africans enjoyed increased wealth. Although economists complained that not enough had been done to take advantage of the resource boom, Kamp said that over the past decade export prices had outstripped the prices of imports.

Based on the bank’s second-quarter figures, the annual value of merchandise export from mining, excluding gold, rose from R150-billion in 2006 to R350-billion in the third quarter of 2010 on an annualised basis.

Kamp said that our current account deficit was mostly a function of financial payments such as outbound dividend flows and transport costs rather than the balance between exports and imports.

“Our purchasing power has been boosted — for the same level of production, we are getting higher prices and this is coming directly into the economy,” said Kamp.

Wages remained a stable percentage of GDP, which meant workers’ wages increased in line with this income growth, which in turn supported consumer spending and final demand.

“It is not surprising to see consumers surprising on the upside. This year, there will be higher inflation, and real wage growth will be subdued but we would need a serious external shock for consumer spending to decline outright.”

The problem was that mostly the employed section of the population and those with asset bases benefited from the increased income levels. Much of the wealth was linked to the markets and house prices. The JSE was back to pre-crisis levels and, although house prices had fallen, it has not been to the extent experienced in the developed world. Kamp said that as people felt wealthier they tended to save less, which also explained the deteriorating savings levels.

Kamp said, although consumers would face a serious problem if there was another significant economic recession, South Africa had many positive qualities. There was a young and growing population, positive productivity growth and resources.

The African dividend
Adrian Saville of Cannon Asset Management said South Africa, as an emerging market in Africa, would generate the required growth.

“The degree of resilience in the South African economy has been underestimated,” said Saville, because of its historical connection with advanced economies.

“When you listen to South African business channels or read financial articles, it all focuses on those historical relationships.”

Saville said that the reality was that our relationship with the emerging market was superseding historical ties.

According to the treasury, Asia now accounted for nearly 36% of our exports and exports to other African countries had increased. Africa, with seven of the 10 fastest-growing economies, was developing into a very important global market.

“There are a number of companies I have spoken to that are finding opportunities in emerging markets. These are coming off a low basis but will provide substantial business opportunities,” said Saville, who cited Woolworths as an example. The food and clothing retailer currently received 3% of its revenue from sub-Saharan Africa and expected this to increase to 10% within three years.

Saville said that currently South Africa did little trade with its immediate neighbours because of their historical relationships but their geographic proximity presented opportunities.

“I am reasonably optimistic. The advanced world is in serious trouble — it is hard to find a silver lining — but we can pin our future to the emerging markets, especially Africa.”