Which way for Botswana coal? 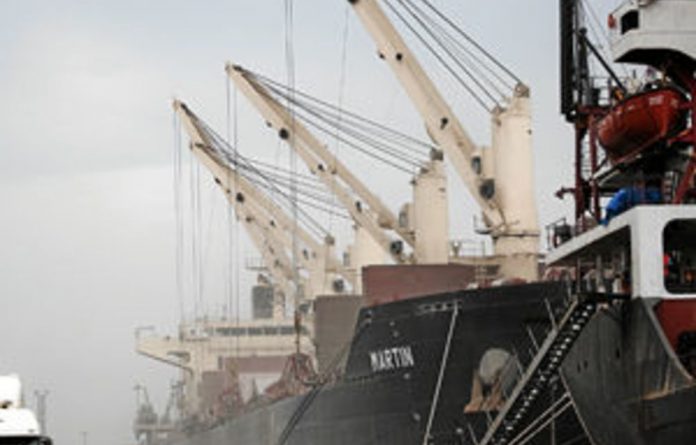 At some point this year the government of Botswana and its neighbours will have to make a decision that will shape the economic future of the region and induce by far the biggest infrastructure investment in the country’s history — a new railway to the coast. The question the leadership will face is the direction of the proposed railway: Should it be to the Atlantic Ocean, that is, the Trans-Kalahari route to Walvis Bay in Namibia, or through Zimbabwe to the Indian Ocean in southern Mozambique?

Throughout the latter part of the 20th century a railway to the coast was geopolitically impossible because of liberation struggles and civil wars. It was not until the end of apartheid in South Africa in 1994 that a new railway was even feasible. But geopolitics does not pay for a $10­billion railway. One needs to move either large numbers of people or large volumes of goods, neither of which are in abundance. What Botswana principally exports — diamonds — could be taken out in suitcases. Moreover, what Namibia imports from South Africa could largely come across the Kalahari by road, or by sea. As a result a Trans-Kalahari railroad has remained a dream even after the end of apartheid.

Two things have happened that have created a commercial basis for a new direct railroad from Botswana to the ocean. First is the discovery of one of the richest “green fields” of coal reserves in the world. Botswana has what is estimated to be a resource of 212-billion tonnes of coal. At present 77% of that is still in the so-called hypothetical and speculative categories, which means that no one really knows whether it is commercially viable, but the announcement of the construction of a railway would lead to a rush of further exploration.

There are four known multibillion-tonne coal deposits on the eastern edge of the Central Kalahari Karoo Basin at Morupule, Mmamabula, Sese and Mamantswe. These four deposits alone could result in exports of what government officials believe might be as much as 90 megatonnes a year, an export industry larger than that of South Africa’s 70 megatonnes in 2010.

Some of these deposits have been known for many decades, but the second factor that has changed is the price of coal, which has risen so dramatically on world markets over the past decade that exporting coal from the central Kalahari to India or even China would prove profitable with a new and efficient railroad.

At present there are two competing projects for a railroad across Southern Africa. Both proposals have private-sector backers and both want to develop the project as a concession on a private basis. CIC Energy, which owns the huge Mmamabula deposit, supports the Trans-Kalahari route.

The alternative route to Ponta Techobanine also has private­sector backing from three consortiums, based in Botswana, Zimbabwe and Mozambique, for a railway that follows the Limpopo valley down to the Indian Ocean. The Ponta Techobanine route avoids South Africa because shipping coal across the shorter, more direct route to Richards Bay or Durban would mean crossing the Waterberg and Drakensberg mountains. Shipping coal downhill along the Limpopo is simply cheaper.

Both routes are problematic and whatever decision the Botswana government takes will mean someone will end up unhappy. If the government goes ahead with the Trans-Kalahari route to Walvis Bay, it will involve taking coal 1 500km across the Kalahari and the Namib. The Ponta Techobanine route is 400km shorter. Moreover, when the coal arrives at Walvis Bay, it will be located on the “wrong ocean”, the Atlantic, whereas the entire coal market is in India and China.

The proponents of the Walvis Bay route say this will not substantially affect the landed price of the coal, but the problem of the Trans-Kalahari route is compounded by the fact that Walvis Bay is not a natural deep-water port and would have to be significantly dredged to allow bulk coal carriers. It is also a vital fishing port for Namibia and when asked whether they were ready to live with the environmental risks of shipping 90 megatonnes of coal to the dry, windy Namibian coast, officials appeared less than enthusiastic.

When you ask some of the proponents of the Trans-Kalahari route why they want to ship coal further to the wrong ocean, the answer is generally “Zimbabwe”. The prospect of coal contracts and what will certainly be Botswana’s largest export — after diamonds — being subject to the political vagaries of the situation in Zimbabwe is putting off many investors.

The sovereign risk of such a route is substantial and may well be the one factor that tips the scales against the more commercially obvious Indian Ocean route. Yet the most attractive aspect of the Ponta Techobanine proposal is that its proponents have said quite clearly that they do not want one pula of government money.

However, under the Ponta Techobanine proposal high­quality coking coal from Sengwe in northern Zimbabwe bound for the Indian Ocean would cross the Botswana border to the rail hub at Selebi-Pikwe in Botswana and both countries would thus be dependent on the continuation of open borders.

The Ponta Techobanine proposal also has environmental issues. The railway traverses the international Lubombo Transfrontier Conservation Area and the Maputo Elephant Reserve, and South Africa, which has considerable interests in coal exports to or from the nearby ports of Durban and Richards Bay, has reportedly expressed serious concern about the environmental impacts of the proposal.

But the importance of a new wide-gauge heavy railway is far greater than simply allowing the export of coal from Botswana and Zimbabwe. Although all the countries of Southern Africa have railway networks that are of generally low standard and high cost, they nominally connect. It is possible, in theory, to ship coal on the existing narrow-gauge railways, but they would never be able to carry the 90 megatonnes that Botswana hopes to export.

What the new railway also offers is a way of potentially bringing imports from the Indian Ocean coast to Botswana at a much lower cost than is possible now. The proponents of the Ponta Techobanine route suggest it can bring a 40-foot container to the dry port of Selebi-Pikwe for $600. This would change transport economics in the region and do more for Botswana’s third-largest town, which has been at death’s door for 20 years because of the expected end of copper mining, than any government programme.

Whichever route is taken will make the other financially not viable for the foreseeable future, and so the geopolitical implications of any decision will be hard. Go to the Indian Ocean and you offend Namibia, which really wants the Trans-Kalahari; go to the Atlantic and you exacerbate relations with Zimbabwe and annoy Mozambique.

The issue has all the makings of one of those intergenerational impasses that lead to many bureaucrats and ministers having many meetings over many years. However, the very economics that make what was a commercial pipe dream 20 years ago is what militates against what bureaucrats like to call “a sustained reflection”.

Generating electricity from coal is a 19th-century technology that is not in political favour because of global warming. Given the frenetic pace of economic growth in India and China, thermal coal plants keep mushrooming there on an almost monthly basis, thereby guaranteeing an import market for coal for the next 30 years.

The high prices of coal that make a $10-billion railway to the coast financially possible also have two known economic effects. First, Botswana is not the only country eyeing the expanding Indian and Chinese coal markets — Mozambique, Russia and Colombia are all interested, along with traditional exporters such as South Africa, Australia and Indonesia. Asian demand for coal will create a global supply and Botswana will, despite good reserves, be a high-cost supplier by virtue of its location. All this interest in coal exports to Asia creates a serious potential for oversupply in the 2020s.

Second, the high coal prices make modern 21st-century technologies commercially viable. It will take roughly 10 to 15 years to build and break even on a railway to the coast. In the United States onshore wind power is already on price parity with electricity generated by coal and, given the pace of technical change, solar power is expected to reach price parity with coal by 2020. Not surprisingly, the date corresponds with the Durban deadline for a new treaty on greenhouse gas emissions.

If Botswana and its neighbours do not decide soon on the railway, they will literally miss the boat to China and their huge coal reserves may well become white elephants of no commercial value.

These are the views of Professor Roman Grynberg and not necessarily those of the Botswana Institute for Development Policy Analysis, where he is employed.