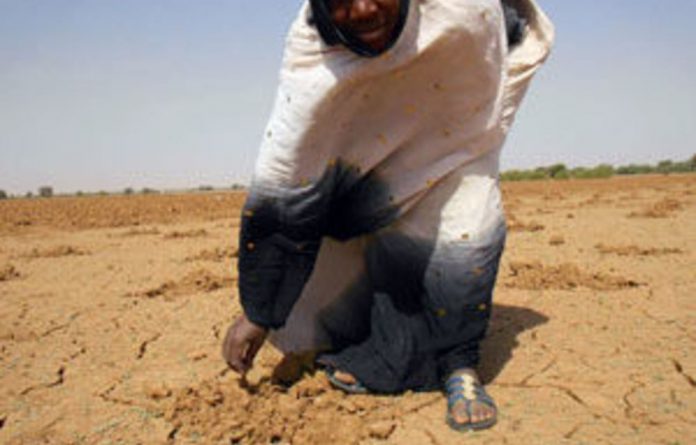 For the third time in the past decade, drought has returned to the arid, western shoulder of Africa, bringing hunger to millions. Aid agencies are warning that if action is not taken now, the region known as the Sahel could slip into crisis.

More than 1-million children in the eight affected countries are expected to face life-threatening malnutrition this year, according to the United Nations Children’s Fund. The region has not yet recovered from the last drought two years ago, and many families lost their herds, which means that they will not have assets to purchase food.

“I think there is a real risk that people may think this is the kind of thing that just happens every few years,” Stephen Cockburn, the West Africa regional campaign manager for Oxfam, said of the droughts in the Sahel.

Earlier this week, aid agencies revealed that thousands of people died needlessly in the Horn of Africa because donors waited until people started dying to respond. The warning signs were there as early as August 2010 but aid wasn’t ramped up until July 2011.

Delayed response
Signs of the looming famine in the Sahel were first detected late last year, according to the report released on Wednesday by Oxfam and Save the Children. The lessons of Somalia and the Horn of Africa, where as many as 100 000 people died, are front and centre in how aid agencies are responding to the potential famine in West Africa.

“Everyone recognises in looking back that there was a delay in responding [in the Horn of Africa]. Tens of thousands of people died because of that delay … We know from this recent and painful experience what the risks are,” said Cockburn.

He said that there could be more hope for the Sahel, since the indications of a crisis have been detected early on.

“The alarms [for the Sahel] were already sounding in November and December. Every country in the region, and every president in the region, has recognised this and asked for outside help,” he said.

The UN children’s agency was among the agencies reacting early. The organisation issued an appeal in December and began ordering therapeutic foods for infants and toddlers. By then, Niger had already issued its own alert saying that more than half the country’s villages were vulnerable to food insecurity.

“In this crisis adults will suffer, but children will die. Why? Because nutrition deterioration is a vicious cycle — in growing, the body requires more to replace and make up what it lacks and when the right kinds of food are not available, the situation gets worse,” said Dawes. “They go from moderately malnourished to acute, and lifesaving intervention is needed.”

As the child gets weaker, he or she becomes more vulnerable to routine problems, like diarrhoea. The child is less able to fend off diseases, and the effects are more pronounced, Dawes said.

Even during a non-drought year, as many as 300 000 children die of malnutrition in the Sahel, says Cockburn. It’s a region that is perpetually on the edge, and any extra shock sends it over the precipice.

“The increasing frequency of droughts in the Sahel means that communities have had little time to recover from the last food crisis,” according to Malek Triki, the Dakar-based spokesperson for the UN World Food Programme (WFP). “Their savings are exhausted and livestock herds have not been rebuilt.”

‘Cautiously optimistic’
The United Nations is already purchasing food and deploying specialised teams to the region. Grain prices across the region are rising and WFP has observed a rush on maize by wholesalers, who are buying up local stocks. Markets are emptying and staples including millet and sorghum are now in short supply.

Traders from the Sahel are traveling increasingly greater distances to buy maize, with some spotted as far as northern Côte d’Ivoire, according to the WFP.

Cockburn said that the hard-learned lessons of Somalia are already bearing fruit. He is cautiously optimistic by the response from the European Union, which announced this week that it is doubling its humanitarian aid for the Sahel.

Kristalina Georgieva, the European commissioner for humanitarian aid visited Niger on Wednesday in order to see the problem up close.

“Within months people will begin to starve unless we act,” she said, according to a statement posted on the European Union’s website. “The alarm bells are ringing.” –Sapa-AP