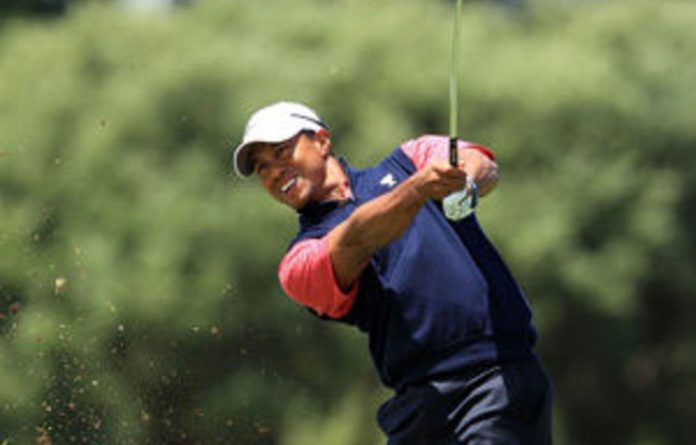 Tiger Woods lit the fuse on Thursday on a new golf season during which he aims to return to the forefront and possibly add to his majors haul of 14.

Eschewing the US to open his 2012 campaign in the European Tour’s Abu Dhabi HSBC Golf Championship, the 36-year-old American has been speaking with renewed hope following a nightmare year of injury and personal turmoil.

If he had been hoping for a quiet and considered start to proceedings, he would have been sorely disappointed as, in keeping with a reported appearance fee in excess of $2-million, Woods was in the marquee grouping alongside world number one Luke Donald and Irish tyro Rory McIlroy.

Starting at the 10th, the American, who came into the tournament ranked 25th in the world, got off to a sound start with a birdie at 11 and almost grabbed a second at the next only to see his birdie putt slip narrowly past.

McIlroy, the world number three, got off to a storming start with birdies at 11, 12 and 13 to take the early lead in the $2.7-million tournament which opens the tour’s three-week long Desert Swing also taking in Doha and Dubai.

Right footing
The 22-year-old Ulsterman and Donald were also kick-starting their season as were world number two Lee Westwood, number four Martin Kaymer and Spain’s Sergio Garcia who went out together in the day’s other top grouping.

Having ended 2011 in poor spirits after being laid low with a bout of dengue fever, a refreshed McIlroy was aware of how important it was to get the season off on the right footing.

“I think it’s always nice to start the season off well,” he said.

“You’d like to go out — not so much to make a statement or any sort of intention — but just for yourself, to know that what you might have been working on in the off-season is coming together nicely and gives you a bit of momentum going into the next few events.”

The next few events will gradually lead McIlroy and the rest of the golfing world to Augusta National in early April, where the Irishman dramatically came to grief last year at the Masters.

Rebound
Leading by four going into the final round, he was left in despair as he slumped to an 80 that put him into a tie for 15th place behind South Africa’s Charl Schwartzel, who birdied the tough last four holes to win his first major.

But just two months later he rebounded in spectacular style to win the US Open at Congressional Golf Club in Washington DC by a runaway eight strokes.

Woods will also have the Georgia pines on his mind as he resumes in earnest his lifelong chase of Jack Nicklaus’s record 18 majors.

It was at Augusta National last year when Woods sustained the leg injury that side-lined him for most of the rest of the year and from which he has only just regained full fitness. — AFP