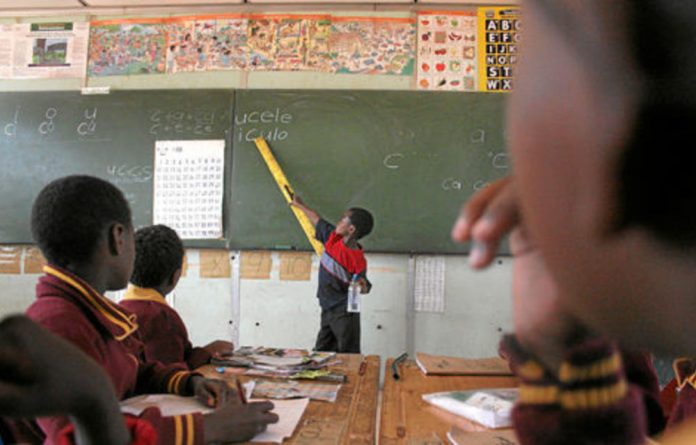 Last month the parliamentary portfolio committee on arts and culture held a series of public hearings on the South African Languages Bill 23 of 2011. About 34 civil society organisations made written submissions to the committee and many of them used the opportunity to speak about their submissions and with the parliamentarians from the different parties that form part of the committee.

On the surface, therefore, this was an excellent example of “democracy at work”, all the more so because it was steered by the dynamic young chair of the committee, Thandile Sunduza, whose infectious sense of humour was — and is — an essential antidote to the sickening tensions and potential conflicts that are never far from the surface in any discussion of the language question in post-apartheid South Africa.

I cannot in a short article do justice to the substance and the texture of the many excellent and seriously meant submissions.

However, it is possible to suggest the thrust of the critique and recommendations that emerged from the hearings, because there was a large measure of overlap between all the submissions.

Before I do so, I have to give some relevant background to the Bill. As long ago as 2003, a South African Languages Bill was drafted by officials of the then department of arts, culture, science and technology as the juridical counterpart of the National Language Policy Framework. Whereas the latter, which did not — and does not — have the force of law, was approved by Cabinet and has been used, more or less, by government departments and provinces as a guide to the implementation of language policy consistent with the section 6 provisions of the Constitution, the Bill was shelved on the grounds of, among other things, ­impracticability.

The need for an appropriate language law
Language planners and ­language scholars who study or live in multilingual or linguistically diverse polities know that, without an appropriate language law, the natural tendency to augment the social and economic power of the dominant language community and the ­hegemony of its language at the expense of the numerical or social “minorities” simply manifests itself unchecked.

For this reason all of us who work in this domain have consistently tried to put pressure on the government to bring the 2003 Bill before Parliament, none more so than Cerneels Lourens, an attorney based in Brits in North West. His persistence, supported by many of us at different levels and in different modalities, finally forced the ­government to act in terms of the court order issued by the North Gauteng High Court in Pretoria two years ago to put the appropriate Act on the statute book by March 16 2012.

It is, therefore, pertinent to point out that in complying with the court order, the department of arts and culture has taken a literal, minimalist position by only addressing section 6(4) of the Constitution. In terms of this section, “the national government and provincial governments, by legislative and other measures, must regulate and monitor their use of official ­languages”.

Most submissions pointed out explicitly or implicitly that by restricting itself to this aspect of section 6(4) of the Constitution, the government is in effect ­reneging on its duties with respect to ­sections 6(2) and 6(3), as well as the rider to section 6(4), which states: “Without detracting from the provisions of subsection (2), all ­official languages must enjoy ­parity of esteem and must be treated equitably.”

All the submissions agree that if the Bill’s proposed use of a ­minimum of two official languages for purposes of government were to stand, the explicitly stated intention in section 6(2) of the Constitution, that the government should do everything in its power to take practical steps to develop the indigenous African languages and their use in all spheres of life, would be negated.

Linguistic diversity
They accuse the government of not being committed in practice to the principle of multilingualism or linguistic diversity, whatever the rhetorical genuflections to it might suggest. This is not some empty ­formula of a modern democratic polity. In fact, it goes to the heart of what we understand by the concept of “democracy”.

“Power to the people”, “the people shall govern” and all the other sloganised versions of this concept ultimately go back to the fact that if the people or the citizenry are denied practical participation in public life, specifically in the decision-making processes on the fundamental aspects of their lives — such as employment, health, ­education, childcare, etcetera — they are ipso facto reduced to subjects, non-citizens. They can participate fully only if they are able to interact with the powers that be in languages of which they have a proper command.

For most people in South Africa today those languages are the nine indigenous African languages and Afrikaans. Hence, any ambivalence with respect to the principle of ­promoting multilingualism and developing these languages and their use in high-status functions amounts to a failure of governance and an elitist policy of exclusion of the majority of the people.

The Bill, as it stands, will continue to entrench the dominance of English, and to a lesser extent Afrikaans, in government and public life. This is, in my view as well as those of many of the civil society organisations, a middle-class policy that benefits those who are more or less proficient in English, or who are aspiring to become so and have the means to do so.

In the longer term the Bill will have to return to the original ­proposals of the 2003 Bill, in which all these matters were ­carefully researched and addressed. The government should not act in an ad hoc fashion merely to comply with a court order. It should do so on the basis of a long-term strategy guided by the vision of a genuinely democratic South Africa in which “unity in diversity” is more than just a scribble on the coat of arms.

This is the place where the dog lies buried. However, there are a few other issues that have to be addressed urgently if the ­language issue is to be treated with the urgency it warrants.

Urgent general review needed
One of the most urgent is a ­general review of the language dispensation in the new South Africa that will involve a careful audit of the structures and processes, legislation and its implementation with respect to the use, development and attitudes towards all our languages, including sign language. In this connection, the functions of the Pan South African Language Board and the Commission for the Promotion and Protection of the Rights of Cultural, Religious and Linguistic Communities will have to be reconsidered from within a totally different frame of reference.

Those of us who are motivated by a belief in the benefits of multilingualism in all spheres of life, rather than by narrow ethno-nationalist considerations, realise that after 18 years the time has come to reconsider the compromises of 1994 with a view to crafting a framework that will take us beyond mere rhetoric and beyond the desire of most middle-class people to be some kind of black English — or American — men and women.

We live in Africa, most of us are at least bi- and very often ­multilingual, as most African people are. We need to plot our own pathways through the complexities of a post-apartheid South Africa entangled in the ­thickets of globalisation.

An English-only or even ­English-mainly route is without any doubt a detour that our ­children’s children will have to retrace to return to the mainstream of the new nation we are trying to ­construct.

The government will pass this Bill because it has to and not because it wants to do it. It will be vigorously ­contested both inside and outside Parliament. It has the potential of deepening one of the fault lines of South African society that hitherto has not, except in the Anglo Boer War and in the 1970s, been used to justify social conflict.

If the ­political and intellectual leadership of this country want to avoid this, we need to be completely candid with ­ourselves and the citizens. We have to reconsider the ­language issue in its entirety in the context of ­socioeconomic and ­cultural ­dynamics that are not always ­completely under our control.

Above all, we have to expose and reject the threadbare, see-through arguments about “the costs of ­multilingualism” and the ­potentially even more disastrous view that the Constitution in section 6 only obliges the government to legislate for the establishment of the Pan South African Language Board and the regulation and monitoring of the use of all official languages, which is the fig leaf behind which the arts and culture department is trying to hide the poverty of its imagination.

If only such laws as the Constitution explicitly enjoins government to initiate were to be passed, we would be the most “­lawless” society on the planet. As citizens of a land of good hope, we deserve much better.

Dr Neville Alexander, former ­director of the project for the study of alternative education at the University of Cape Town, writes in his personal ­capacity.

English is a valuable resource, but we cannot continue to promote it at the expense of the indigenous languages — including Afrikaans
Read more
Coronavirus

Disaster vs separation of powers

According to UIF data, only 15 888 domestic workers, of a possible 673 940, have been paid from the Covid-19 Temporary employer-employee relief scheme
Read more
National

No annual R22-million for Ingonyama Trust Board

Can democracy be distance friendly?

The legislature will suspend its business indefinitely from Wednesday, after a final sitting to pass two pieces of critical legislation to keep the wheels of government turning
Read more
Advertising