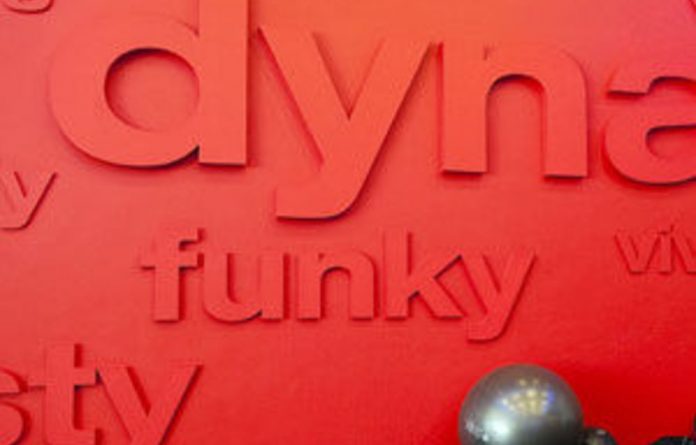 Earlier this week, the Star reported that Liz Hleza said she was called “bloody k*****, a cockroach and a selfish bitch” during a spinning class by a fellow gym-goer who took offence to her shouting “Yebo!” during the session.

Following an outcry on Twitter over the issue, Virgin Group founder Richard Branson posted a message on Facebook, saying: “We intend to get to the bottom of this incident and I want to repeat that we will not tolerate any form of prejudice,” it said.

On Tuesday Lesley Mofokeng, a 35-year-old father of two and an editor at the City Press, told the Mail & Guardian about how a man intimidated and swore at him as he exercised at the Virgin Active in Sunninghill in January.

At 6.30am on January 5, Mofokeng was using the spinning bike outside one of the studios at the gym. These bikes do not have the 20-minute limit stickers on them and so Mofokeng continued to cycle for more than this time. Another woman was cycling on a bike alongside him. A man approached them, first alone and then with a gym assistant, and demanded that they stop training so he could use one of the bikes.

Mofokeng said he began to wrap up his session and the woman beside him left. The newcomer began peddling on one of the bikes and then, as Mofokeng wrote in an emailed complaint to Virgin Active, turned towards him and attacked him verbally:

“He called me ‘a fuck’ and ‘a boy’, he repeated these insults at least five times. He carried on making comments: ‘You black people want to take everything’, ‘this is your fucking country and you want to control everything’. And then he continued saying things that were inaudible to me.”

Mofokeng was so affected by the incident that, after reporting it to gym management, he immediately went to the Sandton police station to press charges against the man who’d harassed him.

“I was boiling. I was shaking. I was not in a good state,” he said. “Whenever I relive it, I feel hurt.”

Police suggested he lay a charge of crimen injuria. Crimen injuria occurs when one unlawfully, intentionally and seriously impairs the dignity of another. But according to Mofokeng, police could not proceed any further the case as the gym would not provide them with the name and address of the alleged perpetrator.

Mofokeng said the incident made him feel “completely disrespected and unwelcome” at the gym. A regular since 2001, he did not return to the gym since two days after the incident, when he came face-to-face with the alleged perpetrator again. “He looked nonchalant. He was on the cross-trainer and had his earphones on. I don’t think he even remembered me,” he said.

On Tuesday, Virgin Active South Africa’s managing director Ross Faragher-Thomas called Mofokeng to apologise and assured him that his complaint would be dealt with.

“I can see that they’re taking it quite seriously and I’m sure something positive will come out of it,” said Mofokeng. Virgin Active has arranged for Mofokeng to meet with their representatives and the other person involved.

Faragher-Thomas told the M&G such incidents were few and far between. A snap survey of M&G readers seemed to bear this out with a handful of people complaining of minor altercations with other gym-goers that appear to have been racially motivated.

He said Virgin Active would cooperate with police. He added that the company has “absolutely zero tolerance for prejudicial behaviour” and that he had taken personal responsibility for the case himself. Any members found to have behaved inappropriately would be suspended from the gym. “It’s fundamental to our brand to ensure that our clubs are safe for every member,” said Faragher-Thomas.

Despite this, Mofokeng said he’s determined to pursue the case of crimen injuria. “I feel he [the perpetrator] disrespected me in a way I never thought anyone could. Stories of racial abuse come from my grandparents’ generation. I should not have to go through it,” said an emotional Mofokeng. “I’m still going to pursue the charges. He needs to be told by a greater authority that he’s done something wrong,” he said.

Writing in his blog Constitutionally Speaking, constitutional law expert Pierre De Vos said that in such cases, the victim would be within his or her rights to take both the abuser and Virgin Active to the Constitutional Court for contravening the Promotion of Equality and Prevention of Unfair Discrimination Act, which protects citizens from abuse and discrimination based on their race, sex, sexual orientation, religion, or disability, among others.