Analysis: The State of the Nation speech decoded 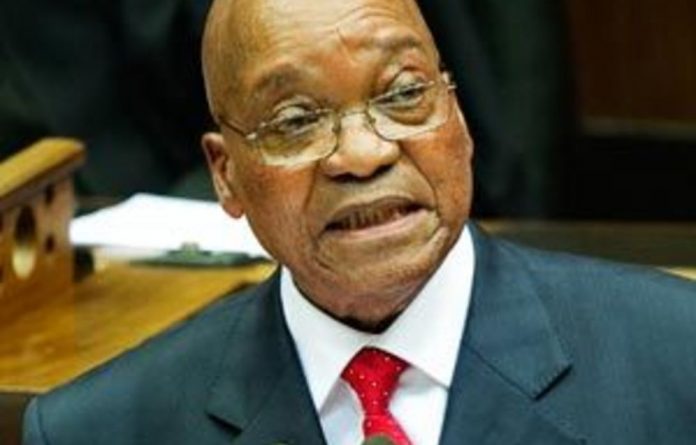 President Jacob Zuma on Thursday delivered one of his better State of the Nation speeches since taking office in 2009. The speech, while barren of any poetry or great quotes, was strong on detail and provided a sense of the earnestness and planning being put into efforts to unlock economic potential and create jobs.

What was also different about the president’s speech this year was that he acknowledged his promises from last year, and presented a report-back on that speech. This is a departure from the routine of making new promises every year without linking to or reflecting on previous undertakings.

Zuma acknowledged his much-criticised pronouncement that 2011 would be the year of job creation and pointed out what was achieved and what went wrong in the pursuit of the goal.

His speech was simpler than before, but solid — and indicated a workmanlike approach to getting momentum going on key areas of focus in the economy.

Liberation allies hailed
During the ANC’s centenary celebrations in Mangaung in January, Zuma was criticised for not acknowledging the contribution of other liberation role-players, and he appeared to make up for it by using his speech on Thursday night to acknowledge the role of the Pan Africanist Congress of Azania and the black consciousness movement, as well as Helen Suzman of the Democratic Party.

Speaking in a week when nationalisation was a major talking point, both at the mining indaba and in the discussion document released by the ANC indicating that the party would move away from the controversial proposal, Zuma referred to it only indirectly, once again assuring investors that they need not worry about adverse conditions in the mining industry.

“We remain committed to the creation of a favourable and globally competitive mining sector,” he said. “And to promote the industry, to attract investment and achieve both industrial growth and much-needed transformation.”

Jobs, jobs and jobs
Reflecting on his job promises of last year, Zuma said the results were promising but appeared to blame the global economic situation for the failure to meet targets.

“The fourth quarter figures released on Tuesday indicate that the rate of unemployment has come down from 25% to 23.9% as a result of new jobs. During 2011, a total of 365 000 people were employed. This is the country’s best performance since the recession of 2008.”

He expressed his satisfaction that the jobs were being created in the formal sector including in mining, transport and trade and attributed that to greater cooperation with business.

The president said the money set aside last year at the Industrial Development Cooperation (IDC) had been utilised well, with R5-billion approved for 60 companies to promote job creation.

He also gave a nod to the thorny issue of labour broking, noting that National Economic Development and Labour Council (Nedlac) discussions on “atypical employment” had been finalised.

It is, however, noteworthy that he highlighted that the state wishes to ban “abusive practices inherent in labour broking”. This suggests that the labour legislation review will just mean more regulation of the sector rather than an all-out ban.

“The massive investment in infrastructure must leave more than just power stations, rail-lines, dams and roads. It must industrialise the country, generate skills and boost much-needed job creation.”

However, the many announcements of infrastructural developments leaves one wondering where the government will get the money to fund all of these projects?

Soccer practice
The state is aiming to use the expertise learnt during the Fifa World Cup in 2010 to deliver on this plan. The PICC leads the process and will coordinate and drive key infrastructure projects identified from SOEs, provincial, local and national government.

The projects are to be geographically focused as well as focus on health and basic education infrastructure, information and communication technologies and regional integration.

The geographic focus starts in Limpopo in the Waterberg in the western part of the province and Steelpoort in the eastern part, intending to unlock the enormous mineral belt of coal, platinum, palladium, chrome and other minerals, in order to facilitate increased mining as well as stepped-up beneficiation of minerals.

This talks to the government’s beneficiation strategy and points to the strategic minerals that the ANC nationalisation document has identified.

There is an emphasis on rail with the plans by Transnet to invest R300-billion in capital projects over the next seven years. R200-billion will be used for rail investments the rest for ports.

The white elephant in the room
But plans to build a manganese corridor to the Coega harbour will be seen as little more than an attempt to feed a white elephant, as the Chamber of Mines CEO Bheki Sibiya has already noted. The cost of shipping ore to Coega rather than Saldanha is over twice the price per tonne and this appears little more than an attempt to find a way to pay for a bad policy decision.

Plans to decrease port charges are also on the cards, with manufacturers expected to see decreases in port charges to the value of R1-billion.

These steps are likely to encourage businesses that have complained of logistics bottlenecks, and high administrative prices that have eroded South Africa’s competitiveness.

The port’s plans may be a big plus for the exporters and businesses that have complained of the high prices and left our ports far more expensive than their global counterparts.

The extent to which the government is taking on the work load is further evidence of an ever encroaching state involvement in the economy. But Zuma did not mention how the private sector can help in this infrastructure effort, despite the very cooperative role it played in making South Africa a successful host of the World Cup. The plan to hold an infrastructure summit appears to be where the state will hold talks with social partners and stakeholders to take the plan to potential investors.

Lights, camaraderie, action
The role electricity will play in making it possible for this expansion to go ahead is critical — and Zuma did not ignore the power crisis the country faces. He has approached Eskom regarding the question of rising prices but acknowledges that tariffs need to remain at a level that ensures that Eskom and the industry remain financially viable.

But again little was made of the need for private sector players in this respect. Government’s limited policy planning and Eskom’s monopoly in the market are exactly why the country is experiencing these problems.

Agriculture and water resources are also acknowledged — with plans to build a new dam in the Eastern Cape on the Umzimvubu River and a series of water augmentation projects being outlined. This is a much-neglected element of infrastructure development, and it’s good to see it is not being ignored — but as the DA’s spokesperson on water and environmental affairs Gareth Morgan points out, many of the augmentation schemes outlined, while very good, are not new,

With the mega-infrastructure drive, the intense competition between the needs of farmers and communities versus the water needs of major construction projects will only become more intense, he said.