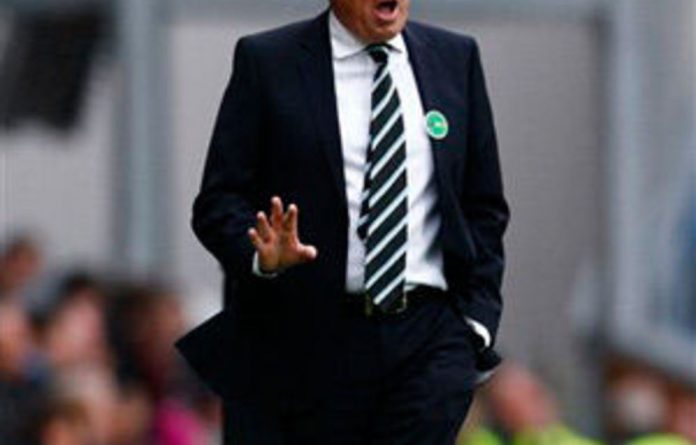 Enduring a five-year police investigation before being cleared of tax fraud after a two-week trial has prepared Harry Redknapp for the “aggravation” he would face if hired as England coach.

With the European Championship only four months away, the Tottenham manager is the leading contender to replace Fabio Capello.

But with no certainty that Redknapp will be lured from Tottenham, English Football Association executives met on Friday to form a shortlist containing other candidates.

“If the opportunity comes and I get asked, I’ll have to consider it,” Redknapp said. “I’d be very surprised if I didn’t finish the season with Tottenham, that’s for sure.”

The 64-year-old Redknapp has the skills FA chairperson David Bernstein requires of his new coach: strong motivational qualities, experience at handling top players and an ability to produce exciting soccer from his teams.

But Redknapp, whose Tottenham side is third in the Premier League, knows the England job would not be easy and is trying to downplay expectations about his abilities.

‘Aggravation’
“Let’s not kid ourselves, it’s aggravation,” he said. “There have been a lot of great managers since Alf Ramsey [won the 1966 World Cup], unbelievable managers. When someone like Capello finds it hard going, it has to be hard.”

Even Bobby Robson, who took England to the World Cup semifinals in 1990, found that.

“He went through some terrible periods. He got slaughtered at times,” Redknapp said. “We haven’t really had too much success, so it shows you what a difficult job it must be. No one has a magic wand.”

The groundswell of public support for Redknapp gathered after Capello quit on Wednesday following a disagreement with the FA over John Terry being stripped of the captaincy.

“It’s nice if people put me in a position where they think I’ve got a chance of getting the job,” Redknapp said. “It is flattering. Other managers have come out and said nice things and I appreciate everybody’s support really.”

Redknapp, an FA Cup winner with Portsmouth in 2008, is the “right choice,” according to United manager Alex Ferguson.

“He has the experience and personality and the knowledge of the game,” said Ferguson, who managed Scotland at the 1986 World Cup. “He has changed the fortunes of every club he has been at.”

‘Horrendous period’
It has been a whirlwind week for Redknapp. Facing a potential jail sentence on Wednesday morning, by the evening he had been cleared of tax evasion and installed as the favourite to replace Capello.

“It was a horrendous period,” Redknapp said. “The most draining thing I have been through in my life.”

Had the jury not believed his defense, Redknapp could have been in prison on Friday rather than speaking to the media ahead of Tottenham’s match against Newcastle on Saturday.

“I remember getting called in [for the verdict],” he said. “You don’t know what to think. You have 12 people that are going to decide [whether] to finish your life, basically. It is not a feeling that you would wish on anybody.”

While son Jamie, a former England player, was at Southwark Crown Court throughout the trial, wife Sandra stayed away.

“I wouldn’t let her come to court, she couldn’t have handled it,” Redknapp said. “It would have killed her, without a doubt.”

‘Owe it to them’
Redknapp was recruited by Tottenham from Portsmouth in 2008 despite the police probe. And leaving Tottenham would be difficult, with the team seven points behind leader Manchester City as it chases a first title since 1961. He also has another season still to run on his contract.

“I can’t take my eye off the ball at Tottenham at the moment because we’re looking to get Champions League football, we’re still in the FA Cup and I owe it to them to continue to keep completely focused on the job I’m doing here,” Redknapp said. “It wouldn’t be fair to anybody here if I started to let my thoughts wander elsewhere.”

England under-21 coach Stuart Pearce will take charge of England’s friendly against the Netherlands on February 29. The FA said another interim coach could be in place for Euro 2012.

But Redknapp said the job is too big to be done by a part-timer.

“It is hard enough managing a league club, let alone managing your country. It’s two very difficult jobs,” he said. “I think your focus has got to be on one job.” — AP