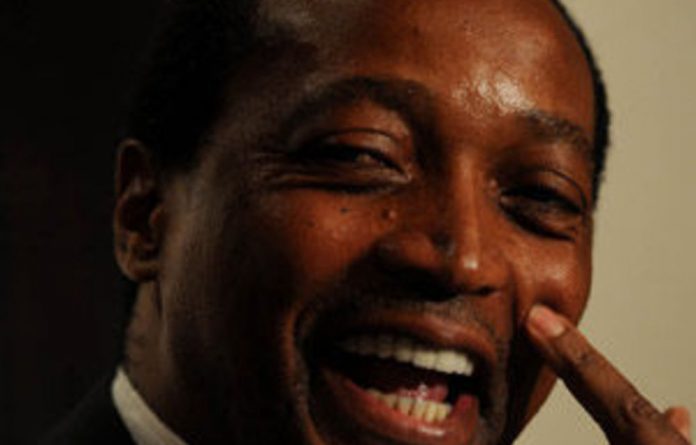 Mamelodi Sundowns president Patrice Motsepe has laughed off rumours of a near R500 000 a month salary for midfielder Elias Pelembe in a new three-year deal signed last month.

Pelembe, the Mozambican international, is said to have negotiated a R480 000 monthly salary, a figure that would make him the highest earning Premier Soccer League (PSL) player — way ahead of his team mates who are also said to be earning huge salaries.

“I can tell you without a doubt, fact is that Pelembe is not the highest paid player at Sundowns,” Motsepe said on Monday.

He was speaking at the announcement of the club’s partnership with Asian car manufacturers Honda.

“I laugh sometimes when I hear what we are said to pay our players and we don’t pay as much as that at the end of day. It’s not good for the club if you have a player who earns so much more than another,” Motsepe said.

“I’ve been told of a player at another team who earned so much other players told him ‘you earn so much, so go and win the game by yourself'”.

Significant improvements
However, with the PSL brand prospering, local packages have improved significantly in the last decade to the point of being competitive with some European leagues salaries.

Motsepe will take some of the credit for that happening since taking over Sundowns back in 2003 — applying the same market splurge philosophy of Chelsea’s Russian owner, Roman Abramovich.

While the dots have not always connected in many of Motsepe transfers over the years, he does praise the improved earnings that he feels have raised the status and the marketability of the league.

He does admit that the Brazilians have also started to toe the line to be up there with the rest of the market in terms of packages they may offer.

This is to prevent football agents and players over-pricing their worth.

“It’s crucial at times that you have got to pay what the market can take, it’s good to see other clubs paying good salaries,” he said.

Player’s value
“We [Sundowns] have got make sure that we pay in line with what the market can take because, indeed, we can artificially raise the market, but doing so won’t be good for our football.

“We can’t keep on raising the bar and have a duty in South African football. Some players ask huge amounts. Understand that we determine the player’s value and the player also has his own value of himself.

“There have been some good players where we’ve had to say ‘we are keen but won’t pay what you want’.”

Motsepe also touched on the Zimbabwean ‘Asiagate’ match-fixing scandal that is expected to conclude in March when an inquiry process is completed.

Two of his players — captain Method Mwanjali and striker Nyasha Mushekwi — were named among the more than 80 players said to have accepted bribes in suspect games played between 2007 and 2010.

Motsepe, himself a qualified attorney, said he would take steps once the process was completed.

Moral obligations
“As a club we have to do what is not only legal but ethical,” he said.

“We have to engage whatever appropriate steps are needed in line with legal, ethical and moral obligations. Let’s leave it at that.

“But the club has been engaging with the players and let’s wait until March, where I will get involved at that time when the evidence is before me.”

Premiership-leading Sundowns resume their league campaign away to AmaZulu in Durban on Wednesday after an extended break.

The Brazilians have found their fluidity under coach Johan Neeskens and are strong favourites for the honours, though Motsepe opted to downplay their chances.

“We are not favourites, so I think we need to clear that right now. There are four or five other sides in the running,” said Motsepe.

“Being on top in December means nothing. We need to work hard and focus make sure when season ends we on top.” — Sapa