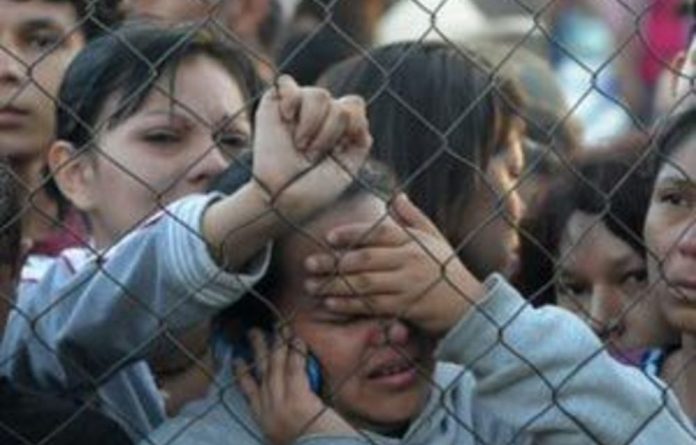 Trapped inmates screamed from their cells as a fire swept through a Honduran prison, killing at least 300 inmates, authorities said on Wednesday.

Lucy Marder, chief of forensic medicine for the prosecutor’s office, said some 356 people on the prison roster are unaccounted for among 852 prisoners.

“The majority could be dead, though others could have suffered burns, escaped or survived,” she said.

The fire broke out Tuesday night at a prison in Comayagua, a town 140km north of the Central American country’s capital, Tegucigalpa.

Comayagua fire department spokesperson Josue Garcia said he saw “horrific” scenes while trying to put out the fire, saying inmates rioted in attempts to escape. He said “some 100 prisoners were burned to death or suffocated in their cells”.

“We couldn’t get them out because we didn’t have the keys and couldn’t find the guards who had them,” Garcia said.

Officials are investigating whether the fire was triggered by rioting prisoners or by an electrical short-circuit, said Danilo Orellana, head of the national prison system.

‘Seemed like an eternity’
A prisoner identified as Silverio Aguilar told HRN Radio that someone started screaming, “Fire, fire,” and the prisoners called for help.

“For a while, nobody listened. But after a few minutes, which seemed like an eternity, a guard appeared with keys and let us out,” he said.

Hundreds of relatives rushed to Santa Teresa Hospital in Comayagua state to learn the fate of their loved ones, said Leonel Silva, fire chief in Comayagua.

Marder said 12 victims were treated there and nine more in the Hospital Escuela in Tegucigalpa, bringing the total of injured to 21. “That’s why we think the death toll will rise,” she said.

Marder said it would take at least three months to identify victims, some burned beyond recognition, because DNA tests will be required.

President Porfirio Lobo declared an emergency in July 2010 in nine of the 24 prisons in Honduras. His security minister at the time called the prisons “universities of crime” that had been overwhelmed by overcrowding. — Sapa-AP

Disqualified team knock US out of 2018 World Cup

Poverty and crime bring Honduras to its knees

‘This is a world party’