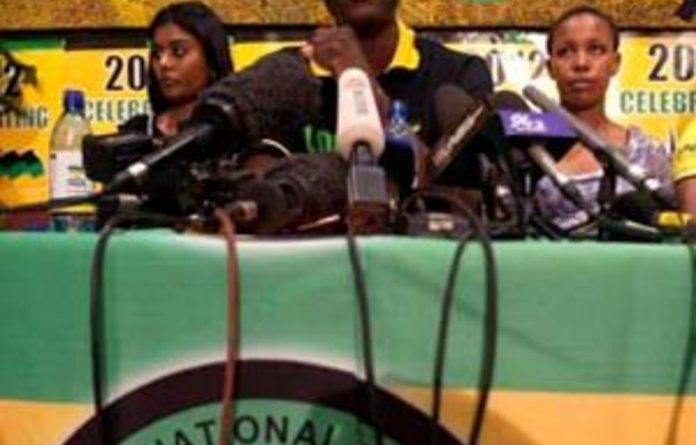 The ANC Youth League on Thursday said it will defy any suspension handed down by the ANC to their president Julius Malema or any other leaders.

Following their annual lekgotla at the weekend, the league said at a press conference in Johannesburg that they respect the disciplinary processes of the ANC but the onus is on the mother body to convince the league’s members why their leader should be suspended.

“The ANC must inform and convince and the league and its members it is the right decision and give reasons for doing so. We can’t simply hear about their suspensions in the media and the process is closed, ” said league deputy president Ronald Lamola.

This means the youth league will ignore the national disciplinary committee (NDC) ruling on the suspensions and said the ANC does not have the right to suspend them.

The league argued that the disciplinary action taken against Malema and others is “politically motivated” by certain sectors of the ANC wishing to “preserve privilege and position” in the ruling party.

This is despite NDC appeals committe (NDCA) chairperson Cyril Ramaphosa dismissing the league’s assertion, saying it was “absurd and “naive” to think so.

The ANC would not immediately comment on the league’s standpoint, describing it as a “complex situation”.

“We can’t comment at this stage but the matter will receive the necessary attention within the structures of the ANC,” spokesperson Keith Khoza told the Mail & Guardian.

Malema along with league spokesperson Floyd Shivambu and secretary general Sindiso Magaqa have been arguing in mitigation of their suspensions, which were handed down to them by the NDC in November last year.

The ANC would also be allowed to argue mitigating factors, which could result in harsher sentences.

The league’s move could be seen as their latest attempt to stall the suspension process.

If there is no change to the suspensions after the NDC has heard the mitigating evidence, it is unclear what the youth league’s next move would be, but their options to challenge the suspensions are diminishing.

Their next point of call would be trying to get the judgments nullified by ANC’s national executive committee (NEC).

This would be a stiff challenge as the league would have to gain the support from over half the ruling party’s main decision body.

Even though initial indications show support is evident for Malema among some of the ANC’s top brass, the league would struggle to put together sufficient numbers to have the decision overturned.

If the challenge of the ruling fails at NEC level, Malema and his cohorts will only be left with the option of challenging the ruling party in court.

But the league says this will never happen.

“Court is not an option. We will respect the disciplinary processes of the ANC,” said deputy secretary general Kenetswe Mosenogi.

Therefore, the only viable option for the league now is to delay the process until the ANC’s elective conference this December in Mangaung.

Even if Malema and his fellow league members are suspended before then, the youth league and ANC members can propose it as a motion for discussion and hopefully have the matter revisited.

If they can convince the elective conference of their position, a resolution could be introduced and passed which exonerates Malema, Shivambu and Magaqa.

It may be a long shot for the league to attempt to further drag out a process, which formally began at the beginning of August last year.

However, indications show that the Young Lions are prepared for the long haul as they know life outside the ANC can be a very lonely place.

“There will be no split. This is part of internal engagement. We are one family. We are part of the ANC. We can find a solution — whatever it takes,” said treasurer general Pule Mabe.