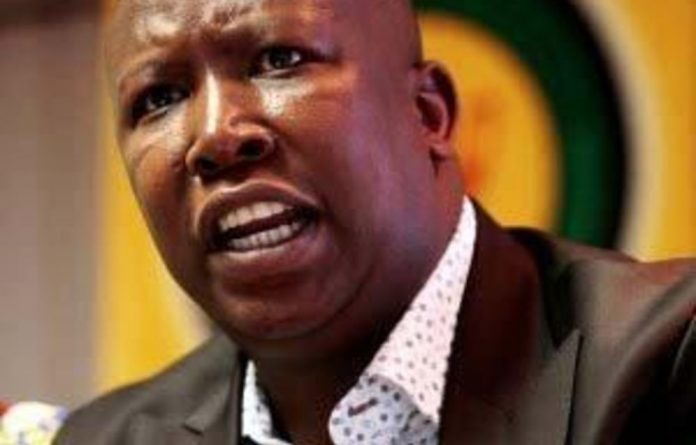 Julius Malema has been suspended from the ANC for five years and, if his appeal fails, must vacate his position as the youth league’s president, the ruling party’s national disciplinary committee has ruled.

Malema has two weeks to appeal the decision. He remains on full pay until the outcome of the appeal.

The rise of Julius Malema

As the outcome of Julius Malema’s disciplinary hearing is announced, the Mail & Guardian takes a look back at his humble beginnings and his rapid rise to the upper echelons of SA politics.

The youth league leader was found guilty of undermining party leadership and sowing division in party ranks for his criticism of ANC (and South Africa) president Jacob Zuma, as well as bringing the party into disrepute by recklessly denouncing the Botswanan government, in conflict with ANC policies.

He was found not guilty on separate charges of inciting hatred and racism.

Floyd Shivambu axed
Spokesperson Shivambu was suspended and found guilty on several charges for swearing at a journalist, and for accusing the ruling party of associating with imperialists.

His membership of the ANCYL was suspended for three years and he had to vacate his position as spokesperson.

Shivambu was guilty of prejudicing the reputation of the ANC for swearing at a journalist, said Hanekom.

For this he was sentenced to an 18-month suspension from the party, which in turn was suspended for three years. He was also ordered to make a public apology to Gigaba within five days.

The youth league leaders were found guilty and each handed a sentence of a two-year suspension from the party. The sentence itself, was in turn suspended for three years.

Everything above board
Announcing the ANC’s national disciplinary committee’s decision, chairperson Derek Hanekom insisted the disciplinary process had been properly initiated and followed. He underscored the importance of discipline within the party as “non-negotiable”, and said the committee had rejected arguments, put forward by witnesses at the hearing — including Winnie Madikizela-Mandela — that the youth league was autonomous and independent from the ANC, its constitution and its processes.

Hanekom said the committee had also rejected suggestions that the disciplinary hearing might be used to settle political scores.

Malema’s first appearance before the ANC disciplinary committee took place at Luthuli House at the end of August. It was moved after violence erupted in the Johannesburg CBD.

Youth league members and supporters threw rocks, bottles and bricks at journalists and police, and burnt ANC flags and T-shirts bearing the image of Zuma.

History of discipline
This is not Malema’s first time in front of the ANC’s disciplinary committee. In May last year, he was hauled over the coals for accusing Zuma of being worse than former president Thabo Mbeki for berating him in public.

After a bungled prosecution, Malema was eventually ordered to apologise to Zuma, to pay a R10 000 fine, and was sent to a political school and to anger-management classes.

The national disciplinary committee at the time said should Malema be found guilty of provoking serious divisions or a break-down of unity in the organisation within the next two years, his ANC membership would be suspended

Out in force
A huge metro police contingent was deployed outside Luthuli House in central Johannesburg on Thursday morning, ahead of the announcement of the hearing’s decision.

“Our officers have been deployed to monitor the situation around Luthuli House,” said Minnaar.

“They will be there for the rest of the day,” he said. — Sapa, Staff reporter