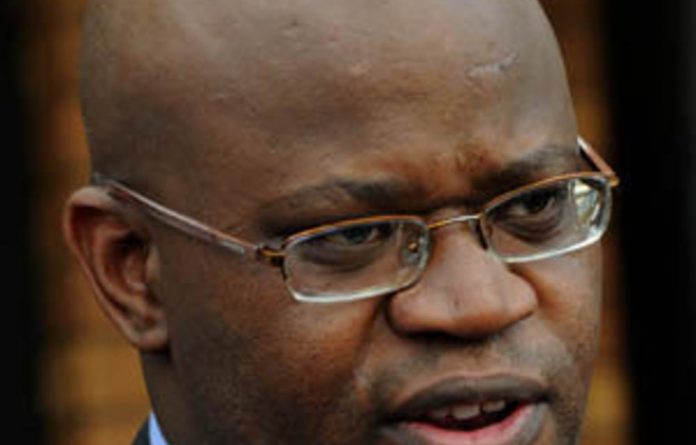 Growing outrage over the killing of a Soweto teenager, apparently by a student police officer, has put police brutality under the spotlight again.

The Independent Complaints Directorate’s spokesperson Moses Dlamini confirmed to the Mail & Guardian that no arrests had been made for the killing of the teenager, despite reports to the contrary on social networks. South Africans have grown increasingly angered on various media platforms, including Twitter and elsewhere.

Dlamini said the investigation was still in its early stages.

“A police student constable was guarding the victim, but no one saw exactly what happened. We are busy taking statements.”

“We have handed the matter over to the Independent Complaints Directorate.”

Thato Mokoka (16) was shot three times, apparently at point blank range while he was lying down. Earlier reports said he was shot five times.

“He was shot three times. Once in the back, once in the forehead, and once in the stomach,” said Dlamini. A post mortem would be done by Friday, he added.

Dobsonville police raided the boy’s home after neighbours told them he had an unlicensed gun.

The Star reported on Thursday that Mokoka was lying on his stomach with his hands above his head when the police officer fired. He was killed outside the home of his grandmother, Sybil Mokoka, in Bramfisherville Phase 2 on Tuesday night. The boy was a grade nine pupil at Kgatelopele Secondary School.

The M&G has previously reported on the link between violent police training methods and police brutality.

In June 2011 the M&G investigated incidents of the South African Police Service’s heavy-handed, military-style approach to the training of police recruits, which included assault, harsh punishment and sleep deprivation.

The exposé prompted a warning by an expert in the field that there is a link between violent police training methods and police brutality. “If the police are trained with verbal and physical abuse, there is a strong possibility that they will act that way towards communities. It is a very dangerous thing and should be dealt with immediately,” said Chris Botha, a retired police officer who is now a training consultant for the South African Police Service and police in other countries.

The report also raised concerns about the increase in shootings by police. In the 2009/10 financial year the ICD’s annual report showed that 566 people died as a result of police action, down from 612 in 2008/09.

Police brutality has also become more prevalent at service delivery protests in the past two years, but cases were often hard to solve because officers were reluctant to incriminate colleagues, The ICD reported in June 2011, following the death of Ficksburg activist Andries Tatane. — Sapa and M&G reporter