There aren’t two sides to the #climatechange story 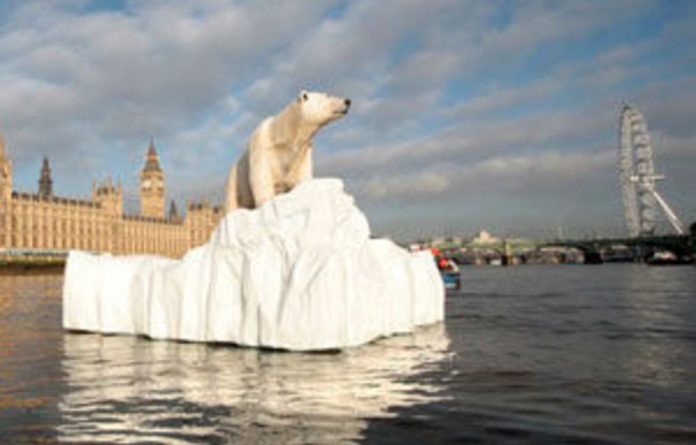 Last week Dr David Evans was given the stage to deliver the keynote address at the mining indaba. Among other conspiracy theories, he argued that humans were not driving climate change.

Now why he was chosen to speak is clear — the industry is one that would rather we all believed things are warming up through some natural cycle. Any other version affects their bottom line.

But what isn’t clear is why people like Evans get space in 2012.

A false debate still exists that there is controversy between scientists about a) there being global warming and b) what is causing it. The reality is the scientific community as a whole — upward of 97% of it at least — is pretty unanimous over these two points (to be clear, it’s getting hotter and it’s mostly down to our activity).

By giving the dissidents space, this debate is given legitimacy. And because it is sexy to be different and poke the status quo, the media really like these people. They often have good quotes, which makes them different from the majority of scientists, who seem to find talking to the media odious and something to be avoided. Plus the mainstream story of human-driven #climatechange is old — so 1990s. And the media does not report on something unless something new happens.

Let’s consider the conspiracy theory: thousands of scientists have manufactured their results to create one story. This gives them access to funding. But many of the basic ideas for human-driven #climatechange were bashed out decades ago, before the global village allowed people to share ideas and while the Iron Curtain still divided thinking.

Strange how such consensus was reached in isolated laboratories around the world — it’s almost like there was real science being done. Sadly, just by making these kinds of accusations, the naysayers know their story will get published/broadcast. People will have an Inception moment, the seeds of doubt will be planted and voila, their agenda is winning.

All this poses a dilemma for journalists. One of our principle “laws” involves hearing both sides of a story. So when it comes to covering #climatechange stories there is that itching need to find someone who contradicts the general story — to offer balance. This is hugely damaging.

Like it or not, most people get their scientific information through the media. It’s easy and means you don’t have to read the actual science. So when the articles you read gives the impression there is still a genuine ongoing debate about humanity’s’ impact on the climate, you tend to start believing it. Couple this with the desire to take the easy choice — to not adapt — and you get no progress.

A few years ago Channel 4 in the United Kingdom showed a documentary The Great Global Warming Swindle. This took the line that humans are not driving climate change. While Channel 4 argued it was showing a differing viewpoint because this is part of their duty, the regulator said the debate over the causes of global warming had been settled. But millions of people had watched what they thought was a legitimate documentary. This is being repeated on a smaller scale all the time by publications.

I find it bizarre that the #climatechange debate has this false balance. By now we should have moved past this need to quote denialists to create so-called “balance”. When you write a travel story, you no longer need to say that you didn’t fall off the edge of the earth — science has proven that it is round. Why trust science when it saves your life or flies you around the world, but not when it requires you to do something?

I am not advocating we run blindly with the human-driven #climatechange story.

We still need a healthy scepticism of the agendas of scientists and the big climate agencies. It is necessary to question the excesses of any story.

But what we can’t be doing is being misled into thinking there is large-scale and legitimate controversy. We may have already reached the stage where it is almost too late to arrest run-away climate change, but anything that can be done to focus the debate and push mitigation and adaptation efforts has to be done now.