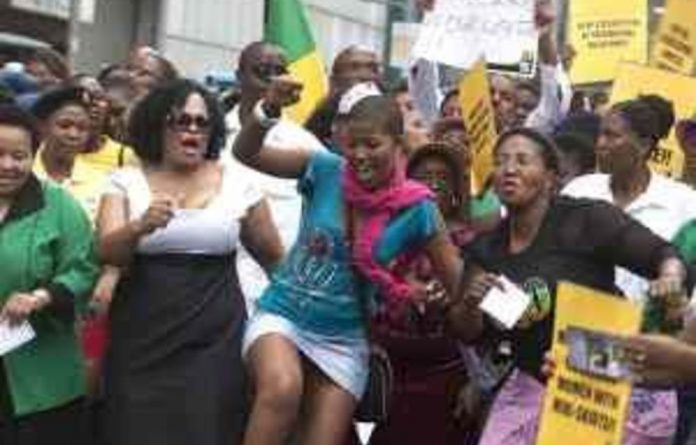 A memorandum demanding renewed commitment to women’s rights was signed by Justice Minister Jeff Radebe outside the high court in Johannesburg on Friday afternoon.

The signing of the agreement of understanding was the climax of an ANC Women’s League march demanding an end to sexual harassment of women in public places.

The league decided to hold the march after two young women were chased by a group of men who groped and shouted at them because of their clothing — one wore a miniskirt and the other had her bra strap showing.

Radebe said those who told women what to wear were not freedom fighters.

He said he came out in support “because I like miniskirts”, amid laughter and loud applause from the crowd.

Police presence
The miniskirt march began at Bree street taxi rank around 1.30pm under the watchful gaze of a heavy police contingent.

Gauteng premier Nomvula Mokonyane, Minister of Women Lulu Xingwana and one of the Noord Street victims led the march.

Xingwana wore a skirt, but it was not a mini.

Speaking outside the High Court, Xingwana threatened that the Noord Street taxi rank would be closed if the situation did not improve.

The women’s league was joined by the Congress of South African Trade Unions and Women and Men Against Child Abuse for the march.

Women and several men wore mini skirts for the march.

Marchers sang and danced, waving ANC flags and banners, such as “I am proud of my miniskirt”. — Sapa