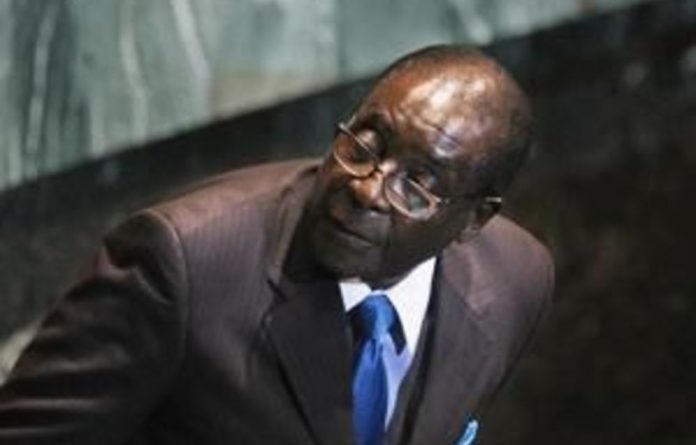 The European Union said on Friday it has removed 51 loyalists of Zimbabwe’s president from a list of people facing travel and banking bans in their countries.

Another two Cabinet ministers answering to President Robert Mugabe also can travel to Europe to help in negotiations to “re-engage” on relations between Zimbabwe and the 27 nations in the European bloc, the EU said.

It said 20 companies and businesses linked to Mugabe’s Zanu-PF party were being taken off the targeted sanctions list, imposed to protest human rights violations.

Those freed to travel and do business in Europe include former ministers, officials and journalists of the Mugabe-controlled state media. Remaining on the banned list are 123 individuals and companies. A long-standing Western arms embargo against Zimbabwe is not affected by the changes.

He said there were still serious problems in implementing democratic reforms but a new constitution was being crafted.

“We welcome the progress made toward the creation of a conducive environment for the holding of free, fair, peaceful and transparent elections,” he said. “These are dynamics that deserve a gesture.”

Mugabe has called for elections this year to end a fragile three-year coalition with the former opposition leader — now Prime Minister Morgan Tsvangirai. Tsvangirai says a referendum on constitutional changes can only be held by August or September at the earliest, and elections must come much later.

The coalition was formed after disputed and violence-plagued elections in 2008. Mugabe loyalists, his party militants and the police and military were blamed by independent rights groups for the violence.

Dell’Ariccia said the bans were reviewed by assessing the criteria used to list individuals and businesses over the past decade. Journalists were de-listed in recognition of recent efforts to free up local media and stop “hate speech” that was pervasive in the state media three years ago.

White businessmen John Bredenkamp and Billy Rautenbach, seen as fronting lucrative mining and finance businesses for Mugabe’s party in Zimbabwe and across the region, are no longer banned in Europe, along with a nephew of Mugabe who is a business tycoon.

Also removed was Tafataona Mahoso, a Mugabe propagandist who enforced sweeping media curbs starting in 2003 that saw hundreds of journalists arrested and assaulted or banned from working. He became known as Mugabe’s “media hangman”.

Judge George Chiweshe, discredited for his handling of the 2008 polls as head of the state elections commission, Tshinga Dube, chief executive at the state weapons maker, and Charles Utete, Mugabe’s former Cabinet secretary, were taken off the banned list.

Mugabe and those still banned from Europe insist Western sanctions caused the nation’s decade-long economic meltdown. Western governments say the restrictions were imposed against loyalists linked to human rights violations and did not hurt ordinary Zimbabweans.

Dell’Ariccia said remaining restrictions targeted those “considered to be involved in policies and activities that undermine human rights, democracy and the rule of law” in Zimbabwe.

‘Non-event’
Zanu-PF said on Friday said the partial lifting of sanctions was “a non-event”.

“Our position is very clear. We want the unconditional lifting of all sanctions,” said Rugare Gumbo, Zanu-PF spokesperson.

“This idea of lifting the sanctions piecemeal is all nonsensical. It’s a non-event. The sanctions are illegal. They were not approved by the UN but by a group of European countries who came together and were influenced by the British to impose sanctions on Zimbabwe.” – Sapa-AP, AFP