US says it hasn’t ruled out arming Syrian rebels 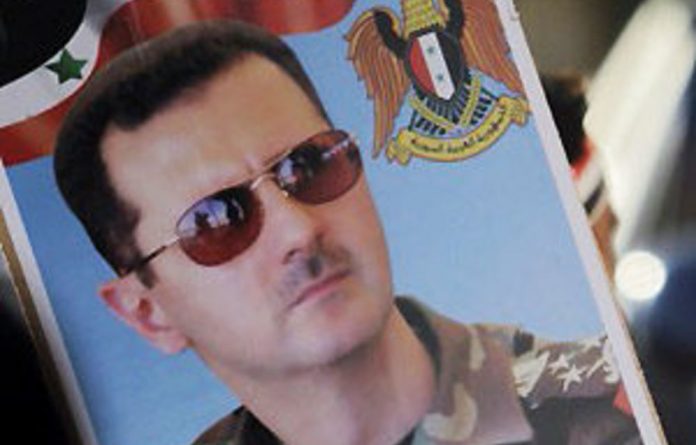 The United States appeared to open the door to eventually arming Syria’s opposition, saying that if a political solution to the crisis was impossible it might have to consider other options.

The comments, made by officials at both the White House and the US State Department on Tuesday, marked a shift in emphasis by Washington, which so far has stressed a policy of not arming the opposition and has said little about alternatives.

In Syria on Tuesday, activists said President Bashar al-Assad’s forces killed more than 60 people in attacks on villages and an artillery barrage on the restive city of Homs. The Red Cross called for daily ceasefires to allow in urgently needed aid.

“We don’t want to take actions that would contribute to the further militarisation of Syria, because that could take the country down a dangerous path. But we don’t rule out additional measures.”

“That said … if we can’t get Assad to yield to the pressure that we are all bringing to bear, we may have to consider additional measures,” she said, declining to elaborate.

US Secretary of State Hillary Clinton will meet representatives of some 70 countries in Tunis on Friday for the first “Friends of Syria” meeting to coordinate the international community’s next steps in response to the nearly year-long uprising against Assad.

The United States and its allies hope the Tunis conference will allow them to begin drawing up a plan for Syria after Russia and China vetoed a Western-backed Arab League peace plan at the UN Security Council.

With both Russia and Iran firmly backing Assad’s government, political analysts say tacit US support for arming rebel fighters could be risky given Syria’s complex ethnic and religious make-up and strategically important position.

Arming rebels ‘increases potential for a failed state’
“Force employed by the Friends of Syria should be the last step of an escalatory ladder,” Robert Danin, a Middle East expert at the Council on Foreign Relations, wrote in an opinion piece on Tuesday.

“Arming the Free Syrian Army and other opposition groups may eventually help topple Assad, but it also increases the potential for a fractured or failed state.”

A Syrian opposition figure who managed to get into Homs appealed for international help.

“The sound of bombardment and sniper fire are echoing across the city,” Moulham al-Jundi, a member of the Syrian National Council, told Reuters from Homs.

“The army prevents first aid or medical supplies from going in and electricity is cut off 15 hours a day. There has been no mobile phone service for three weeks,” said Jundi, who lives in exile in Saudi Arabia and was smuggled into Homs.

“Civilians need safe zones and a way has to be found to ensure that medicine and basic supplies reach Homs. There are no hospitals, no schools, no work, no government departments open and most shops are shut.”

Foreign journalists barred
A delegation from the Syrian National Council, the main Syrian opposition grouping, is due to meet Red Cross officials in Geneva on Wednesday.

Activists’ accounts of the violence could not be independently verified. The government bars most foreign journalists from Syria.

The Alawite minority, an offshoot of Shi’ite Islam, have dominated Sunni majority Syria for the last five decades. Under Assad, who is an Alawite, members of his clan have extended their control on key sectors of the economy, such as oil, telecom and state procurement.

After months of a military crackdown, armed opposition to Assad has emerged along with street demonstrations, especially in the suburbs of Damascus and the provinces of Homs and Aleppo, all joined by the main highway connecting the north of the country to its south.

Anti-Assad protests have also hit the capital over the past week, undermining Assad’s assertion that the uprising against his rule is limited to the provinces and is the work of saboteurs. — Reuters