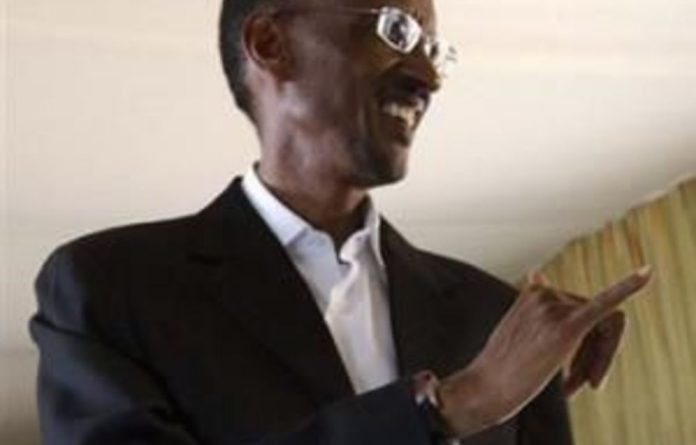 Days before an exiled Rwandan army general was shot and wounded in South Africa, two of the men charged in the shooting were plotting another attempt on his life, a witness testified on Wednesday.

The Rwandan witness, a former roommate of one of suspects, was testifying in the trial of three Rwandans and three Tanzanians accused of attempted murder, conspiracy to commit murder and weapons charges in the June 2010 shooting of Lieutenant General Faustin Kayumba Nyamwasa.

Rwandan authorities deny allegations of involvement that have been made by Rwandan President Paul Kagame’s opponents.

South African prosecutors won’t say whether they believe Kagame’s government was behind plots against Nyamwasa, who was once Rwanda’s military chief and has been in exile in South Africa since 2010.

The four have accused Kagame of crushing dissent and democracy after helping to end the 1994 genocide that left more than 500 000 people dead in Rwanda.

The possibility Kagame’s government has pursued his opponents abroad has been raised elsewhere.

In Sweden earlier this month, a person close to the Swedish government said a Rwandan diplomat had been expelled because he had engaged in “refugee espionage”.

The person spoke on condition of anonymity because it was a sensitive diplomatic matter. Sweden is home to a small community of Rwandans, some of whom run blogs and online newspapers that are critical of Kagame.

Last year, police in Britain warned some Rwandans living there that their lives were in danger after the men criticised the government of the east African nation.

Hospital assassination plot
Testimony in the trial has hinted that shadowy figures were determined to kill Nyamwasa, trying more than once and offering large amounts of cash to draw in conspirators.

After Nyamwasa survived the shooting, prosecutors say the people pursuing him plotted to kill him in his South African hospital bed. But that case, which had been tried separately, was dropped earlier this month after a key witness changed his story and accused police of forcing him to make earlier statements.

Wednesday, Adriani Kamali testified in the shooting trial that he came to South Africa from Rwanda in 2002, when he met one of the suspects in Nyamwasa’s shooting, Amani Uriwani, another Rwandan. The two were roommates at the time of the shooting.

Kamali said that about two weeks before the shooting, Uriwani and another suspect, Hassan Mohamedi Nduli, introduced him to another Rwandan identified only as Vincent. Kamali said Vincent at first said he was recruiting a gang to break into the Johannesburg home of a man he said had taken money from his brother. Vincent at first said he only wanted the money back, but several days later said he wanted someone to attack the man.

Further involvement
“They wanted him dead,” Kamali said. Kamali said he backed out when he realised he was being asked to commit murder, but by then was deeply enough involved to have been paid several thousand rand, shown the intended victim’s house and given a key to one of its security gates.

Kamali said he only realised the identity of the intended victim and that a new plot had been hatched without him when he saw news reports about Nyamwasa’s shooting. Kamali said he recognised the general’s home when he saw it on television.

Prosecutor Shaun Abrahams refused to say whether investigators knew more about Vincent’s identity. Abrahams said Vincent was no longer in South Africa, but would not say where he was believed to be. — Sapa-AP