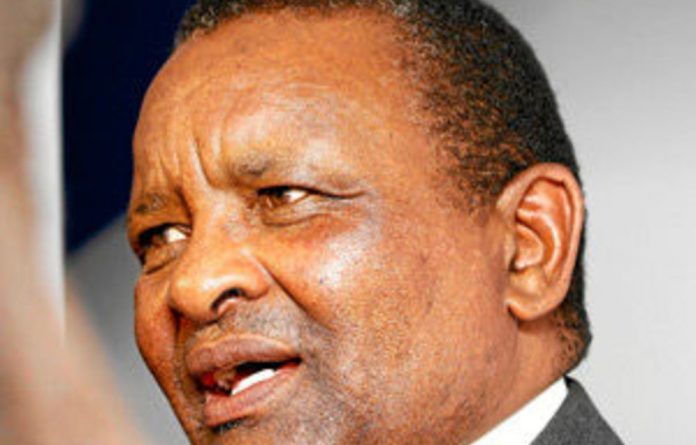 Top advocate Norman Arendse has alleged that while he was deliberating on a R7-billion state tender in 2008 he was offered an “open chequebook” bribe by an individual claiming to represent Cash Paymaster Services (CPS).

Arendse refused to confirm or deny the identity of his would-be corrupter, but the Mail & Guardian has confirmed that Arendse named prominent sports administrator Gideon Sam when he recorded the incident.

Arendse chaired the adjudication committee for the 2008 tender, which was cancelled in November that year on the committee’s advice. However, the tender for the national distribution of social grants was subsequently reissued and awarded to CPS last month. It is now valued at about R10-billion.

Serge Belamant, the chief executive of CPS’s parent company Net1, has denied all knowledge of the bribe attempt, and Sam has dismissed the allegation out of hand (see ‘I’ve never done social pensions’ below).

Arendse told the M&G that he was busy compiling the committee’s report late on a Sunday evening in his chambers “when the approach came”. The report was to be presented to the committee for finalisation in Cape Town the following day.

By then, Arendse said, the committee had decided not to award the tender to any of the bidders. CPS had scored highest in the bid evaluation, but the evaluation committee recommended that the bid be split among competing bidders, which also included Allpay and Empilweni.

Arendse’s committee reported that this would be illegal and that the South African Social Security Agency’s (Sassa’s) request for proposals was “fraught with problems (some insurmountable) — rendering the entire evaluation process unreliable”.

‘He sounded quite desperate’

Arendse said he had first been called on the phone in “a personal approach — he sounded quite desperate”. Not yet knowing the reason for the call, he said he eventually agreed that the man could meet him at his chambers.

“When he arrived, the person said he does work and lobbying for Cash Paymaster, that they have got lots of money and that he has got access, a chequebook and authority to issue a cheque,” Arendse said.

He understood this to mean that the individual concerned wanted to bribe him to ensure that CPS was awarded the contract, adding: “There was no question in my mind what the purpose of his approach was.”

The advocate said that the committee’s deliberations had been highly secretive and that it was suspicious that the man knew both that he was finalising the report that night and that the adjudicators were to meet in Cape Town the next day.

“I said, ‘Just leave my chambers. You have a cheek, and you have abused your knowledge of me.'” Arendse said he had immediately called his secretary to dictate an account of the event.

When the adjudication committee met the following day, he said he had reported the alleged attempted bribe to the other members to put it on the record.

He said they had resolved that Arendse would write to Cash Paymaster for an explanation. The director general of the department of social development, Vusi Madonsela, was on the committee “so I did not need to write to him”.

He did not report the matter to the police, saying that he had done his duty by reporting it to the committee and Madonsela.

Oliphant said: “In view of the denial, and in the absence of any further evidence, the BAC [bid adjudication committee] continued with its work unaffected by the incident.”

According to her, Arendse also briefed Sassa’s chief executive at the time, Fezile Makiwane, on the incident and it was Makiwane’s responsibility “to deal with it”.

Belamant confirmed receiving a letter from Arendse at the time that contained the allegation that Sam had made such an approach. However, he said the letter was unclear on whether a bribe was explicitly offered.

Both Belamant and Arendse confirmed that Cash Paymaster had denied, in writing, all knowledge of the bribe overture.

“I personally have never heard of Gideon Sam,” Belamant said. “The question should be: Who was to gain from the cancellation of the tender? It was not CPS.”

The events that led to this tender being cancelled played out against a significant political backdrop — the final throes of Thabo Mbeki’s presidency.

According to adjudication committee member and treasury official Willie Mathebula, the committee delivered its final report on the day that Kgalema Motlanthe was inaugurated as South Africa’s president.

Sam’s alleged desperate, 11th-hour approach to Arendse would have been a high-risk manoeuvre.

However, such a move could conceivably have been driven by the fear a new administration would torpedo any deal in which black economic empowerment partners identified with Mbeki’s circle would have benefited.

The revelation of the alleged attempt to interfere in the initial tender process could fuel the controversy over the recent awarding of the tender, which saw CPS awarded the R10-billion contract to pay social grants worth R110-billion in all nine provinces.

At least one losing bidder, Allpay, which is controlled by Absa bank, is seeking to interdict Sassa from proceeding with the CPS contract, which takes effect at the end of March.

Another bidder, Empilweni, is considering joining the challenge.

Well-known sports administrator Gideon Sam has strenuously denied allegations that he offered to bribe advocate Norman Arendse in an attempt to influence a R7-billion tender award.

“No, no. Not at all. I’ve never done social pensions. I am a sportsperson,” he said.

Sam said he could not recall specific meetings with Arendse around the time of the alleged bribe attempt in 2008.

But he said the two were involved in deliberations over whether a swimming pool should be built at Cape Town Stadium.

However, Sam said he did not know Cash Paymaster Services’s chief executive Serge Belamant and had no financial interest in CPS or its holding company, Net1 UEPS.

“Just because I’m connected with the Yakos now that means I’m in pensions? That can’t be right.”

Arendse has also had dealings with Monwabisi Yako. In 2006, he represented him in the Eastern Cape High Court in a dispute with the Border Rugby Football Union.

Mazwi Yako confirmed that he had heard of the bribery allegation after Arendse’s letter to Belamant. “We could not understand it, as Sam was never in our consortium — he was never connected to Cash Paymaster,” he said.

Yako confirmed knowing Sam well, though he said Sam was closer to his brother, Monwabisi.

Yako said he had never asked Sam about the allegation. “I just thought it was a whole lot of nonsense … I respect him too much, I would never approach him on something like this.”

For Net1 a big profit is a big problem