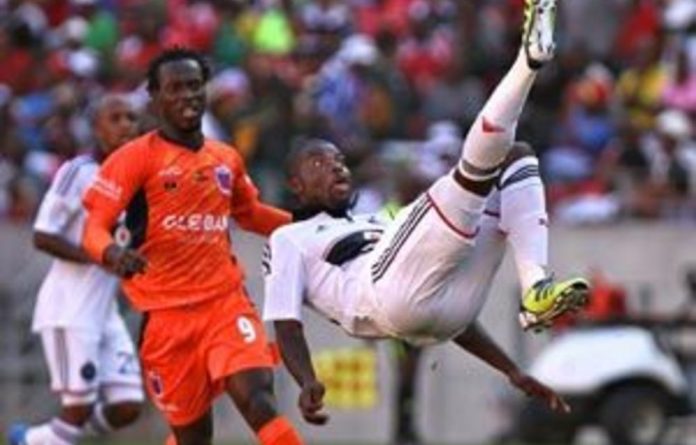 The way Orlando Pirates were beaten by Recreativo do Libolo — a team from one of Angola’s provinces — is worrying. Pirates were 2-0 down in less than 20 minutes. The result was no fluke and the manner of the second goal, a beautiful long-range volley, spoke of a team that was assured and would not kowtow to teams with longer and more glamourous CVs.

Libolo do not boast the history and pedigree that Pirates have — although formed in 1942, the team had not participated in continental competitions until 2009. Libolo’s best performance, in their maiden appearance, was reaching the round of 16. How then were Pirates, whose stated ambitions this year include winning the continental tournament they last won in 1995, blown over by this Angolan side?

Pirates, celebrating their 75th anniversary, cannot plead poverty. As the Premier Soccer League’s (PSL) defending champions and full of the bounties that go with that status, the team is laden. Proof of that is in the way they have been shopping around since the end of last season. Some of the players they have signed include former Portuguese ­international Luis Boa Morte, former West Ham striker Benni McCarthy and former Bidvest Wits winger Sifiso Myeni.

The wealth that is accruing to Pirates is part of the bounty that came when the PSL signed a five-year deal with Supersport International in 2008. The league got R1.6-billion — an amount revised to R2-billion when they renegotiated the deal last year. Yet, since the deal was signed, the Champions League has not come our way and, judging by Pirates’ display, it will not come any time soon.
Although the dominance of the North Africans is under challenge, it is not South African teams mounting credible contests. Rather, the challenge is coming from TP Mazembe, the team that won the tournament in 2009 and 2010. TP Mazembe is the Mamelodi Sundowns of the Democratic Republic of Congo (DRC). Owner Moise Katumbi is the Patrice Motsepe of the Congolese league.

Katumbi, who is also a politician, has interests in mining, television, fishing and transport. Despite the largesse bequeathed by SuperSport, no South African team has made a meaningful impact on the continent and winners of the tournament continue to come from the north.

And if Pirates’ display in Port Elizabeth is the template for the return game in Angola, it is safe to conclude that we have to wait another year before we see a meaningful campaign.

Although local teams are still testing formulae to conquer the rest of Africa, teams on the continent seem to have figured out how to defeat local giants. They are going about it with a nerdish studiousness. According to reports, before their game against Pirates last week, Libolo had been camped in South Africa for about three weeks, acclimatising and watching DVDs of their opponents.

Even lowly ranked teams such as Gaborone United know how to do it. The Botswana-based club eliminated Pirates from the competition two years ago. Pirates held them to a goalless draw in Gaborone and the return leg — yes, again in the ill-fated Port Elizabeth Stadium — ended 2-2 and United qualified ahead of Pirates.

Although we are used to ­attracting the best players from the region, the dynamics seem to be changing.

In the 1990s and the early part of the last decade not many African teams could afford to offer the kind of money PSL clubs pay, but the scales are now tilting in favour of the rest of the continent.

TP Mazembe, for instance, can pay their star players salaries in excess of R120 000 a month. In the past, the team even refused to sanction the overseas transfers of their star players. In fact, players from the region are not just looking to South Africa for well-paying careers. Angola is a potential destination, as well as the DRC and Tunisia.

The Angolan league is not inferior at all, as proved by the fact that Zambia’s Africa Cup of Nations winning side had a handful of players playing in Angola. Their top league, lubricated by the country’s petroleum wealth, can attract not-so-great players from Brazil and Portugal.

There is nothing wrong with our league; the core of Zambia’s victorious team plays, or, at some point, has played, here. A change of mind-set and approach is needed or ­chastening defeats such as the one we saw in Port Elizabeth will continue.