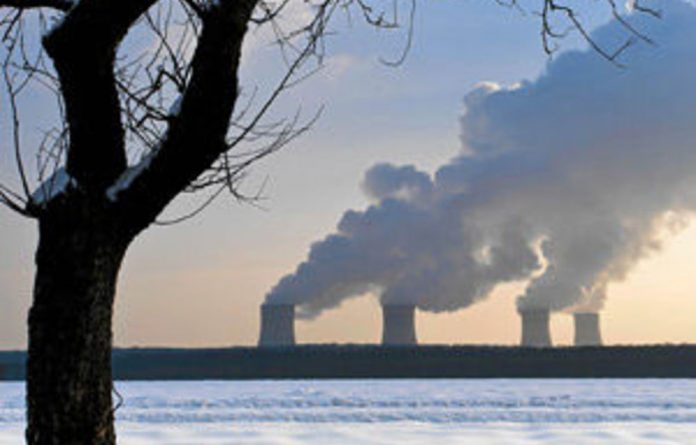 The government has allegedly urged French and Chinese nuclear companies eyeing what promises to be South Africa’s largest state contract to date to put in a joint bid for the construction of new nuclear power stations — casting doubt on the impartiality of the tender process.

The energy department has denied offering such advice.

According to Reuters, Électricité de France (EDF) senior vice-president Hervé Machenaud said last week that the South African government had told the company and the Chinese to bid together for the construction of the plants.

The government has not announced the parameters of the contract, estimated to be worth between R400-billion and R1-trillion, or called for bids.

But Energy Minister Dipuo Peters submitted a proposal to Cabinet for approval in September and the tender process is expected to start later this year.

France, represented by its nuclear reactor vendor, Areva, and its electricity utility, EDF, has been diligently building bridges with South African stakeholders, including the labour movement.

But for geopolitical reasons the South Africans would be keen to cut in the China Guangdong Nuclear Power Group.

In his former capacity as EDF’s executive vice-president for Asia, Machenaud spearheaded the nearly completed installation of two French nuclear reactors at Taishan, China, in partnership with China Guangdong.

Machenaud’s claim is the first formal admission of a possible joint France-China bid, although a Mail & Guardian report in October cited a number of unnamed government and industry sources who indicated that such a partnership was on the cards.

Sources suggested that the combination of French nuclear expertise and Chinese financial muscle would make a joint bid politically unassailable.

But the energy department distanced itself from Machenaud’s claim. “We are not aware of any encouragement made from our side to EDF,” said department spokesperson Thandiwe Maimane.

EDF spokesperson Anne-Catherine Hehl declined to reveal which South African official had told the company and China Guangdong to join forces, but confirmed that an approach had been made. “If that is what they [the South African government] want us to do, that is what we will do.”

Asked whether South Africa’s apparently open flirtation with the French and the Chinese risks compromising the probity of its supposedly impartial nuclear tender process, Maimane said: “I hear you, but I can’t comment.”

Last year Cabinet set up a super-structure, the national nuclear energy executive co-ordination committee, which comprises all the Cabinet ministers whose portfolios intersect with the nuclear roll-out.

South Africa’s nuclear pact with France goes back to the 1970s when France helped build the Koeberg Nuclear Power Station in Cape Town.

Areva also put in a strong bid when South Africa, under then-president Thabo Mbeki, opened the tender process for new nuclear power stations. In September 2008 Mbeki stepped down as president in the same week Eskom was set to announce the winning bidder.

Eskom cancelled the tender process shortly afterwards, citing a lack of capital, but the French transferred their overtures to President Jacob Zuma.

Zuma has had a string of to-and-fro meetings with the French since 2007.

As for the Chinese, their influence has grown in step with their country’s burgeoning share of South Africa’s trade. China is now South Africa’s biggest trading partner.

The Industrial and Commercial Bank of China acquired a 20% stake in Standard Bank in 2007, giving the Chinese one possible way to fund the massive nuclear power stations project.

Deputy President Kgalema Motlanthe visited China in September last year and sealed a $2.5-billion financial co-operation agreement between the Development Bank of South Africa and the China Development Bank, which could become a second source of nuclear financing.