Do or die for Santorum as Super Tuesday dawns 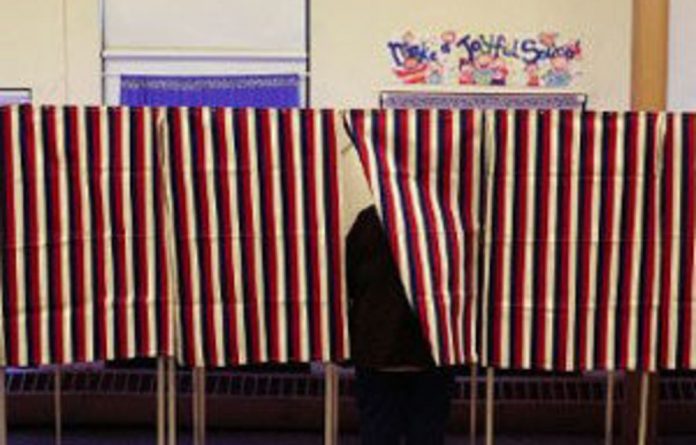 Mitt Romney could take a big step toward polishing off chief rival Rick Santorum and seize command of the race for the Republican US presidential nomination on Tuesday, with Ohio the biggest prize among 10 states holding contests.

Romney, the winner of the last five state contests, carried momentum into Super Tuesday. Polls show he has effectively erased Santorum’s lead in Ohio, a traditional bellwether state that could play an important role in deciding the Republican nominee to challenge President Barack Obama on November 6.

But Santorum vowed to keep fighting, hoping to rally conservatives who still harbour doubts about Romney’s chances of beating Obama.

Tuesday is the biggest day so far in the wild Republican race, with 419 of the 1 144 delegates needed to win the party’s nomination at stake.

Ohio is the largest battleground and most closely watched of the 10 Super Tuesday races, with contests also being held in Georgia, Massachusetts, Oklahoma, Tennessee, Vermont, Virginia, Idaho, Alaska and North Dakota.

A victory in Ohio and a good showing elsewhere would make Romney, the former Massachusetts governor and private equity executive, the favourite to win the nomination after a grinding battle in which he has been challenged by a series of conservative alternatives.

Path to a comeback
The Republicans are more than two months into the state-by-state battle to pick a nominee at their August convention.

Former House of Representatives speaker Newt Gingrich, looking for a path to a comeback, leads in his home state of Georgia.

Santorum, a former US senator from Pennsylvania, is ahead in Oklahoma. Ron Paul, a US congressman from Texas known for his libertarian views, hopes to score his first win in Alaska.

Romney is favoured in Virginia and Vermont and his home state of Massachusetts, and hoped to score an upset in Tennessee, where he was competing strongly with Santorum.

If there has been any consistency in the 2012 Republican race, however, it has been its unpredictable nature. There are still many contests to come, although a win by Romney in Ohio and a good result in Georgia could help him cement his status as the presumptive presidential nominee.

Obama, grabbing some of the Super Tuesday media spotlight, will hold a rare White House news conference at 1:15pm, giving him the chance to defend his agenda and push back against his critics.

Santorum, who has a populist streak and a penchant for sweater vests, is sounding like a candidate who realizes he must win Ohio to retain credibility as Romney’s main rival. He has been vastly outspent in Ohio by a Romney campaign machine that has pelted him with negative ads.

Flipping the race
A win for Santorum in Ohio could flip the race upside down again. “It’s gut check time,” Santorum told supporters in Cuyahoga Falls on Monday night. “Who wants it the most? … I’m a fighter and a scrapper.”

He sought to raise doubts about Romney in the final hours by focusing on the healthcare plan Romney developed as governor of Massachusetts and which Democrats say was the model for the national healthcare law signed by Obama. Republicans, Romney included, want to repeal it.

Santorum said the fact that the Romney plan formed the basis for the democratic healthcare measure justifies a rejection of Romney by Republicans because he would be weak on the issue against Obama on November 6 — “the weakest candidate we could possibly put forward”.

This kind of message is resonating with some conservatives like John Barr (50) of Circleville, Ohio. Barr said he would reluctantly vote for Romney if he were the nominee and instead wants Santorum.

“I want to repeal ‘Obamacare’. I believe in a free market solution and I don’t believe in any kind of government solutions to our healthcare [system]. If that law continues, everyone loses,” he said.

Romney has largely kept his focus on Obama’s handling of the US economy and foreign policy in the run-up to Super Tuesday and has been joined by his wife, Ann.