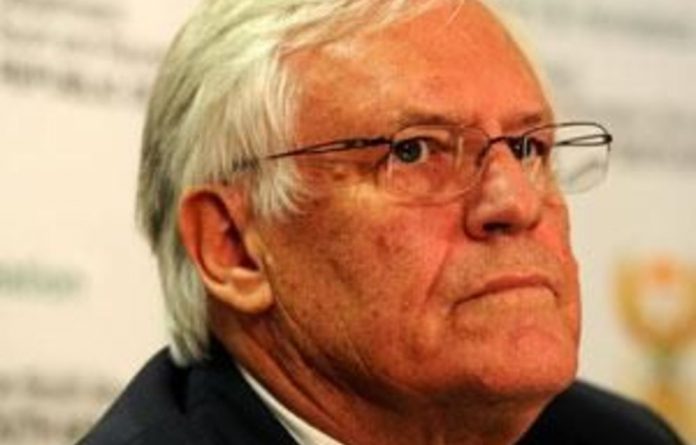 Cricket South Africa (CSA) and its embattled chief executive Gerald Majola were stumped on Friday when Judge Chris Nicholson released the findings of his inquiry into allegations of corruption, mismanagement and the shoddy running of the sport.

In a damning statement to the media, Nicholson recommended Majola be suspended until he faced an independent disciplinary hearing. He also suggested that the National Prosecuting Authority (NPA) investigate Majola’s financial activities related to the body.

The retired judge was critical of CSA administrators who sought to protect Majola — especially in the internal Khan Commission — since allegations surfaced a year ago that the cricket boss received weighty bonuses from the Indian Premier League — which hosted its tournament in South Africa in 2009 — which he failed to disclose to the board.

Nicholson also called for the South African Revenue Service (Sars) to investigate the administration’s section 21 status and check whether it complied with the requirements warranting tax breaks.

In a unanimous report, compiled by Nicholson and commissioners Zolisa Zwakala, the chief director of internal audit at the treasury and accountant general Freeman Nomvalo, the following findings and recommendations were made:

On the bonus scandal
Nicholson found that “Majola had surreptitiously negotiated the payment of bonuses with the IPL in a meeting in London during June of 2009. These were paid with the monthly payroll run of CSA on July 22 2009 and the relevant employees’ taxes were deducted.”

The report also found that Majola had “failed to inform [then-CSA president Mtutuzeli] Nyoka of his own negotiated bonus, as arranged with the IPL and also refrained from providing Nyoka and members of the [CSA’s] remuneration committee with the schedule of payments relating to the IPL agreement, thereby misleading Nyoka in the process.”

It was established that Majola received a bonus of R1 131 062 while chief operating officer Don McIntosh took home R797 999.

Majola told the inquiry last year that he had no say in the bonus amounts, which he contended was done by McIntosh.

The inquiry found that “overwhelming evidence, however, indicates that Majola [and not McIntosh] was the dominating force behind the allocation of the bonuses and not an unwilling recipient as he sought to portray himself”.

The committee concluded that “there is a prima facie case that Majola contravened sections 234, 235 and 236 of the Companies Act in that he had failed to disclose the said bonuses appropriated to him, the CFO, McIntosh and other senior members of staff”.

The committee found that while Majola had “pleaded ignorance” of the Companies Act and his own fiduciary obligations, evidence suggested otherwise.

Nicholson noted that Majola’s “broad denial was contradicted by the extensive evidence of his corporate experience, including the fact that he is a director of seven other companies. He also advocated good corporate governance in terms of the (Professor Mervyn King’s good corporate governance templates) King I and King II reports on a number of occasions, which should have exposed him adequately to the essence of the said provisions.”

The committee noted that a month before the bonuses were secured by Majola, King “had made a presentation to the CSA board on good corporate governance and director’s fiduciary responsibilities during May 2009”.

The committee further dismissed Majola’s pleas of ignorance of his duties by noting “disclosure of interests was a permanent agenda item on CSA’s board meetings”.

On Majola’s travel expenses
The committee found that when auditing firm KPMG asked Majola for “documentary and other justification for his [travel] expenses” from May 1 2009 to April 30 2010, that the chief executive “provided for some of the items assessed. No reasons, oral or written, were provided to substantiate 15 flights in all totalling R41 696”.

Majola argued, in evidence, that travel expenses for his wife and children must have been mistakes by either his travel agent or personal assistant but the committee was “sceptical” of this claim.

It noted that both Majola’s assistant and the travel agent for CSA “would have been acting on Majola’s instructions and it is improbable that they would charge CSA for his children’s flights without his instructions, either in general or on specific occasions the said flights were undertaken. It is clear that, without authorisation from the board in general or for a particular trip, the expenses of himself, his wife and children should not have been paid as they could not, in the normal course, be in furtherance of CSA’s business.”

The Khan Commission
CSA conducted an internal investigation into Majola’s conduct with that commission being led by current CSA president AK Khan which exonerated Majola and led to his IPL bonuses being reinstated with interest.

Nicholson’s committee “believe[d] that this commission was set up to protect Majola from any enquiry by Judge [Pius] Langa [which had been mooted by Nyoka at the time] and to minimise any fall-out to him [Majola].”

Nicholson also noted that vital written records of the Khan Commission’s meetings and interviews as the committee, “was either destroyed or deliberately suppressed”.

According to Nicholson the “machinations” of the Khan Commission had “embarked on damage control to protect Majola” and was not independent.

Civil and criminal proceedings
The Nicholson committee further found that Majola’s non-disclosure of bonuses “should be referred to the office of the [NDPP] for investigation. Such investigations should also include whether any provisions of the Prevention and Combating of Corrupt Activities Act, 2004 [Act No. 12 of 2004] [“the Corruption Act”] have been contravened.”

Nicholson noted that Section 10 of the Corruption Act “provides that any person who is a party to an employment relationship and who, directly or indirectly, accepts from any other person any unauthorised gratification [defined to include money, whether in cash or otherwise] is guilty of the offence of receiving unauthorised gratification. This would apply to both Majola and McIntosh.”

According to Nicholson the amounts paid to Majola, McIntosh and other CSA employees “may be recoverable in civil proceedings. The transactions that underlay these payments may be voidable at the instance of the company and those responsible may be liable to compensate the company for any loss it may have incurred. As McIntosh has resigned no disciplinary enquiry can be held in his case. Regard should be had to recovering the bonus paid to him by civil action in the courts.”

The committee called for CSA to consider suspending Majola “for 180 days pending the conclusion of the disciplinary enquiry with pay” as per provisions in his contract with CSA.

“The board should consider such for two reasons. Firstly, it would allow a pro-forma evidence leader/prosecutor free access to all the witnesses and documentation at CSA and secondly, it would be in Majola’s own interests to give him time to prepare his defence, unfettered by his normal duties,” said Nicholson.

The committee called for the rescinding of the decision taken at a CSA meeting on August 19 2011, which merely reprimanded Majola, to be “rescinded” and for an independent disciplinary enquiry to be set up.

Nicholson criticised the CSA for not being “sufficiently independent and principled to take the necessary action against Majola”.

Money for the development of cricket
The committee found that, based on “a strong body of opinion that grassroots cricket is being neglected … Clearly something is going wrong with the distribution of the money by the affiliates to the programmes for the upliftment of the game in depressed areas.”

Nicholson noted that as a not-for-profit section 21 company, the CSA “has to apply its profits [if any] or other income, in promoting its main object. The objectives of CSA include the promotion and development of cricket and all its funds should be directed to that objective, subject to the payment of reasonable remuneration.”

Considering the apparent failure of cricket development in disadvantaged communities, the committee recommended “that the [Sars] be approached and requested to examine the section 21 status of CSA and ascertain whether CSA is complying with the tax benefit conditions established. If CSA is not complying then Sars should put in place measures to ensure that the tax benefit position is maintained. If necessary monitoring standards must be put in place to make sure that there is compliance in future.”

Sports Minister Fikile Mbalula will brief the presidency and Parliament on the report early next week. CSA will respond to the report in April.