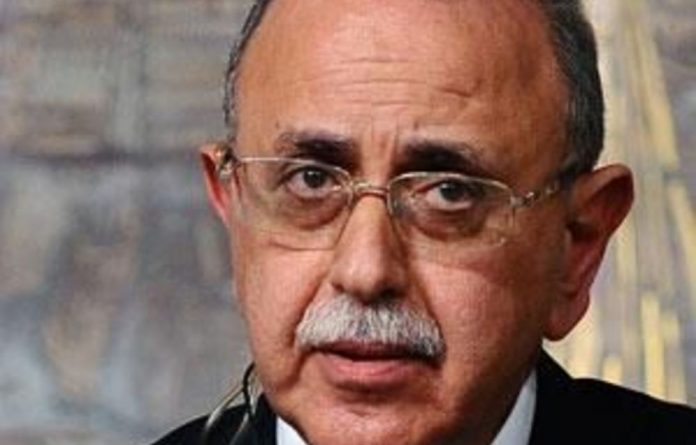 “The border regions have witnessed a noticeable escalation of drugs and weapons contraband,” Kib said in Tripoli at the opening of a two-day ministerial regional conference on border security.

He said illegal immigration was on the rise and that smugglers were taking advantage of lax border controls to traffic an array of products, including expired foodstuff, medicine, and liquor into Libya.

“Terrorist groups will always find in border regions an auspicious environment to conduct incursions and destabilise security,” Kib said, urging the region to intensify efforts to stop these actors.

“We have to boost regional cooperation in order to eradicate these development and activities,” Kib said.

The two-day conference brings together ministers and representatives from Algeria, Chad, Egypt, Mali, Mauritania, Morocco, Niger, Sudan and Tunisia, with the aim of enhancing cooperation.

Diplomats and delegates from the African Union, the Arab League, the European Union and the United Nations are also attending the conference.

“Remnants of the collapsed regime who fled to neighbouring countries are spending Libyan money, which they stole, to harm the people of Libya and the country’s relations with its neighbours,” he said.

Algerian Interior Minister Dahou Ould Kablia said there were “clear indicators” that Al-Qaeda in the Islamic Maghreb had exploited tensions in Tunisia and Libya to acquire and proliferate weapons.

“The deterioration of security in the region and the extensive proliferation of weapons required intensified efforts to secure our borders,” he said.

And he added that Algerian intelligence services had stopped a Libya-bound convoy loaded with ammunition in January and foiled three other similar operations since the start of the year. — AFP