‘Let’s have Bateman kill David Beckham in a lift’ 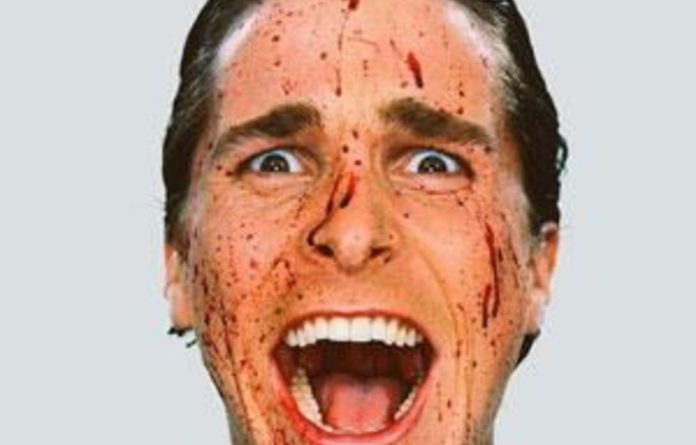 Bret Easton Ellis appears to be pondering a sequel to his most famous novel, American Psycho, in which his antihero Patrick Bateman might stalk Gavin Rossdale, murder David Beckham and slit Chris Martin’s throat.

The novelist told his quarter of a million Twitter followers that he was “sitting at my desk finishing a script and suddenly I’m making notes on where Patrick Bateman’s now”. Easton Ellis seemed uncertain about whether or not to go ahead with the sequel, but finished his Twitter session having produced at least 14 pages of notes mapping out the likes and dislikes of a 2012 version of Bateman, and with tentative plans to start writing.

“Maybe I’ll call my publishers on Monday — But have to figure out what the structure is — Definitely murders at prep school,” he wrote. “If this American Psycho sequel pans out I’d get in touch with my agent first but will have to spend the weekend seeing if it works.”

First published in 1991, and satirising the money-focused New York of the late 1980s, American Psycho is unreliably narrated by Bateman, a 26-year-old Wall Street operative obsessed with appearances and ruled by his appetites for food, clothes and sex. He sleeps with “hardbodies”, loves Les Misérables, discusses the “emotional honesty” of Phil Collins and devotes a chapter to analysing all of Whitney Houston’s albums. He also indiscriminately rapes, kills and eats (or does he?) his victims — “thirty, forty, a hundred murders” — but goes unnoticed.

A modern version of Bateman would, Easton Ellis speculated, be a hedge fund manager in Los Angeles. He would hate Obama but love Kim Kardashian and Michael Hutchence, with his questionable taste in music and television revealed in his fondness for The Celebrity Apprentice, his favourite film [The Help] and his “very long dissertation about Coldplay’s oeuvre — His favourite song being Fix You.”

A later scene would see “Chris Martin and Patrick Bateman eat waffles and talk about how cool St Vincent is — and then Patrick slits his throat”. In an echo of the cash machine in the original novel that asks to be fed a stray cat, Bateman’s iPad would start speaking to him, “telling him Adele’s cover of the Cure drove him to killing, well, just about everybody”.

“Patrick’s first killing would not have been at Harvard. It would have been before — it would have been his father’s mistress,” suggested Easton Ellis. The novel’s antihero would “post pics of murdered girls on Facebook and either no one would notice or post ‘Fuck yeah'”.

Throwing out ideas rapidly, Easton Ellis considered having Bateman murder David Beckham in an elevator in Manchester and stalk Bush singer Gavin Rossdale in West Hollywood. “Patrick would complain about Spotify and the Cloud and Tumblr — but he would find victims via Blendr while listening to Beyoncé and OAR,” speculated the author.

Signing off, Easton Ellis wondered if he was really going to go ahead with the American Psycho sequel. “Making new notes. Going to bed. Can’t believe this happened. Am I really going to start doing this? PB says yes,” he wrote, telling his followers: “Please keep sending me ideas — You won’t get credit — But they help —”
—