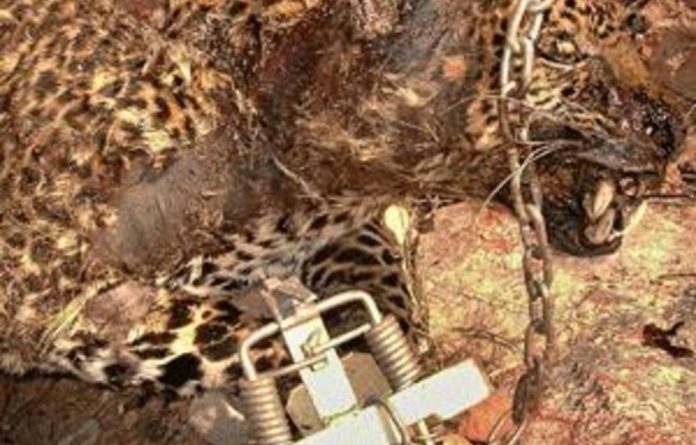 Western Cape Premier Helen Zille has been drawn into a vicious catfight over permits issued to farmers to hunt predators in the province.

She was hauled over the coals this week for defending the so-called “Bredell cull”, named after Western Cape MEC for environmental affairs Anton Bredell.

Edward Gutsche, a businessperson from a prominent Eastern Cape family, accused the Democratic Alliance of allowing the eradication of predators because of “DA-Afrikaner Broeder­bond ties that exist in the old Afrikaner communities in the Western Cape”.

Gutsche is managing director of Edge Financial Group and his father owns a Coca-Cola bottling company in South Africa. He was withdrawing his support for the DA as a result of the spat over the issuing of the permits, he told Zille in email communications sent to the Mail & Guardian.

“Your arrogance and sarcasm was uncalled for and you have lost a valuable group of supporters, whether it be in my personal capacity or as the board member and alternate board member of several companies, most of them holding massive influence in highly contested areas where the winning margin is on a knife edge,” he wrote.

Gutsche said he was drawn into the dispute because he was a trustee of the Landmark Foundation, a non-governmental conservation organisation based in the Baviaanskloof.

Landmark’s director, Bool Smuts, said 490 blanket permits had been issued for the eradication of “problem animals” in the Western Cape in the past year and they could theoretically have been used to kill nearly 900 000 animals.

Each permit, valid for six months, issued to 50 individuals, allowed them to kill 10 animals a day. The permits also allowed prohibited methods such as night hunting and the use of artificial lights. Cape Nature, the issuing authority, was presently considering issuing similar permits for 2012, he said.

Smuts objected to permission granted for the use of “soft traps” to catch the predators. Though they are punted as a kinder option than steel-toothed gin traps because they are rubberised, Smuts said the traps still fractured limbs, cut off blood supply, tore ligaments and caused the trapped animals painful, stressful deaths.

Although the farmers wanted to target mainly jackals and caracals, he said, the traps were often responsible for the deaths of non-target animals such as Cape foxes and leopards, which Landmark aimed to conserve.

“We should start talking of the Zille slaughter irons instead of soft traps or gin traps,” he said.

Smuts has been embroiled in a bitter Twitter and email spat with Zille over the “Bredell cull”. He has accused her and Bredell of using “kragda-digheid [forcefulness] reminiscent of a time rather forgettable in our history” to pressurise Cape Nature officials to issue the permits to appease farmers for votes.

Smuts and other conservationists have called on the Western Cape and national governments to ban all leg traps and to adopt non-lethal predator control methods, such as sheep collars, protective dogs and preventative herding techniques.

Zille referred M&G inquires about the spat to Bredell. The MEC’s spokesperson, Peter Pullen, denied the DA was trying to curry favour with farmers and other potential voters by issuing the permits.

“This question has absolutely no basis. In fact, if a person took the time to compare the damage-causing animal permit system implemented in the Western Cape to the permit systems implemented in the other eight provinces, you would see we have much stricter and tighter controls over the hunting of jackals and caracal in our province,” Pullen said.

There was no limit to the number of these animals that farmers in the Free State, North West, KwaZulu-Natal and the Northern Cape could hunt, he said. In the Free State gin traps and dogs could be used.

“The main philosophy underpinning Cape Nature’s approach when it comes to granting the permits is creating the crucial balance between securing biodiversity while enabling a sustainable red meat industry and promoting food security,” he said.

The number of permits issued for 2012 would depend on the number of applications received by Cape Nature, said Pullen.