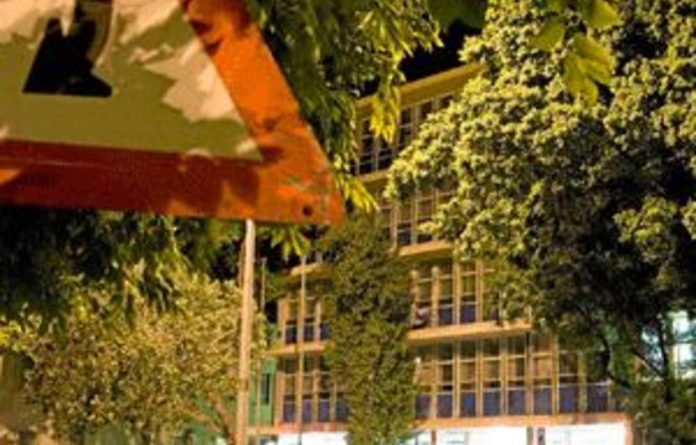 More than 50 rape cases, some involving children as young as four, were allegedly not registered or investigated in Paarl in the Western Cape before 2009, because police followed orders from their bosses to reflect a lower incidence of serious crime in the area.

Yet the Mail & Guardian can reveal that the director of public prosecutions has now declined to prosecute police officers implicated by the watchdog body, the Independent Complaints Directorate, in the widespread manipulation of crime statistics in Paarl.

The M&G has learned from police that no police officers would be prosecuted and no disciplinary action against the officers found guilty of allegedly fiddling the statistics in Paarl.

NPA disagrees with director on prosecution
Although the directorate recommended that two senior police officers stationed at Paarl Police Station at the time — a station commander and a branch commander — should be prosecuted, the National Prosecuting Authority (NPA) had declined to prosecute, said directorate spokesperson Moses Dlamini.

“Nothing compels the director to take action until April 1,” he said. “We made our recommendations. It is now out of our hands.”

From April 1 the NPA and the police will be compelled to act on the recommendations of the directorate, after new legislation governing the police watchdog comes into effect, giving it more teeth. Prosecutorial decisions made before this date cannot be reversed.

The decision not to prosecute the police officers was confirmed by NPA Western Cape spokesperson Eric Ntabazalila, who said he had spoken to the advocate involved in the Paarl case and a decision had been taken by the authority not to prosecute as there was “not enough evidence”.

The M&G was reliably informed that a hefty box of more than 90 documents relating to the investigation was recently sent back to the directorate, with a brief note saying that the NPA had declined to prosecute.

Although Dlamini did not reveal the names of the police officers, the M&G reported two and a half years ago that a confidential police report leaked to the newspaper alleged that Captain Hildegard Mackier of the Paarl Police Station had been accused by police officers of being involved in the widespread manipulation of crime statistics.

The report was sent to former Western Cape police commissioner Mzwandile Petros by director Vincent Beaton in June 2009, after he was appointed the station commissioner in Paarl.

At the time, Petros’s office declined to comment because it did not want to jeopardise the directorate’s investigation.

Beaton wrote that the acting commander of the Paarl family violence, child protection and sexual offences unit had told him that former Paarl police station commander Mzwandile Tiyo had instructed officers not to open rape cases, but rather to record them as inquiries.

The report stated that at Paarl station instructions had been issued that certain police officers should first be contacted before the registration of a priority crime, listed as housebreaking, murder, rape, robbery assault with grievous bodily harm, theft of motor vehicles and theft from motor vehicles.

Beaton had instructed an inspector at Paarl crime intelligence to analyse all complaints of theft and malicious damage to property laid at Paarl Police Station for the period May to October 2008. His report to Petros contained sworn statements from four officers at the station.

“It is also further alleged,” Beaton wrote, “that Captain Mackier had the authority to change the charges of reported crime to ensure a reduction in registered serious crimes”.

Asked for a response to the allegations, police told the M&G in 2009 that Mackier and Tiyo had “seemed eager to dispute the allegations”, but had declined to comment.

Questions were forwarded by the M&G to the police media office this week for comment from Mackier and Tiyo, but no response had arrived at the time of going to press.

Misrepresentation of figures leads to lucrative rewards
There has been a slow increase in the number of police officers prosecuted for the manipulation of crime statistics, including the recent arrest of four high-ranking Limpopo police officers in Tzaneen.

Brigadier Naledzani Sivhula, Captain Matome Matsapola, Brigadier Nelson Mulaudzi and Lieutenant Colonel Mahlodi Ramokgobedi appeared in the Polokwane Magistrate’s Court in January, but a date for their next appearance is still to be finalised.

The four police officers were charged with defeating the ends of justice after investigations revealed that the crime statistics for Tzaneen were inaccurate. Investigators also discovered that in 2008 serious crimes had been deliberately covered up. The police investigation is ongoing but has uncovered that murder cases had been written up as inquests and housebreakings were noted down as trespassing.

There appears to have been a marked pattern in two different sets of leadership. The Sowetan revealed that Sivhula used to head the Polokwane police station and Matsapola replaced her at that station. Mulaudzi headed the Mankweng station and Ramokgobedi replaced him.

Police sources say that as more cases of manipulated crime statistics come into the open, the question remains: Who at the top gave the order for police officers around the country to dupe the public?

At the Mountain Rise Police Station in Pietermaritzburg, reward incentives were found to be a major carrot. Although it did not name the culprits in its 2010 report, the Independent Complaints Directorate (ICD) is known to have recommended disciplinary action against station commissioner Hariram Badul and others implicated in the manipulation of crime statistics.

Before the alleged tampering was revealed, Mountain Rise was named the top station in KwaZulu-Natal in 2009, based on the skewed perceptions of its crime-prevention efforts. The ICD found that station officials received bonuses totalling R500 000 as a reward.

In Cape Town, lawyers claim dismissed police station commander Charlene Chandler was the “sacrificial lamb” during a shameful period in police history. She is still fighting a legal battle to clear her name, claiming she was duped into pleading guilty at her disciplinary hearing to manipulating crime statistics. She said she had been told she would then be able to return to work at the Landsdowne Police Station, where she had been voted runner-up in the Western Cape contest for the best station commander.