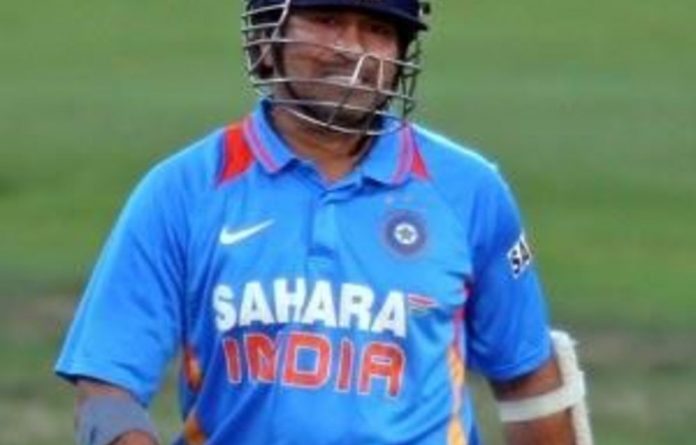 India’s Sachin Tendulkar on Friday became the first batsman in history to score 100 international centuries, adding another milestone in his record-breaking career.

Tendulkar, who turns 39 next month, achieved the feat when he recorded his 49th one-day century in the Asia Cup match against Bangladesh at the Sher-e-Bangla stadium in Dhaka. He has 51 Test hundreds.

The Mumbai batsman, who has compiled more Test and one-day runs than anyone in history, reached the record with a single, marking the moment with a modest glance to the sky while pointing to the Indian flag on his helmet.

Tendulkar is the most capped player in the history of the game, with 188 Test and 462 one-day appearances since making his debut against Pakistan in Karachi in November, 1989.

Millions of fans in India and across the cricketing world endured an anxious year-long wait before Tendulkar finally reached the landmark in the four-nation tournament, the symbol of one-day supremacy in the continent.

He scored his 99th ton during a World Cup match against South Africa in Nagpur on March 12 last year, but failed to add to the tally on subsequent tours of England and Australia and a home series against the West Indies.