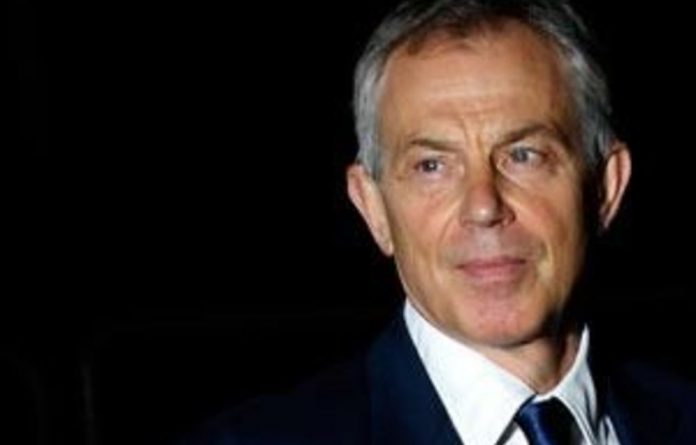 Statesmen and chief executives of companies operating in Africa left London on Tuesday morning with a clear message: The age of aid for Africa — with its red tape, delays and broken promises — has given way to a time for rapid investment.

Wealthy nations, particularly the British government, which is facing its own budgetary constraints and pressures, are finally waking up to the opportunities in Africa and are taking a different approach to the continent in the wake of the global financial crisis.

Blair, whose Africa Governance Initiative is intended to help leaders on the continent improve government structures, said there needed to be a new way for rich and poor countries to work together.

African countries in the driver’s seat
His advice to African countries was that they needed to be in the driver’s seat of their own development, set their own goals and make the decisions. “Where aid is needed, it should get behind these priorities and use and strengthen the government’s own systems,” he said. “With the right kinds of support and the right policies, Africa can be free of dependence on aid within a generation.”

Reducing African countries’ reliance on wealthy donor nations would help them break free of the West’s influence. There is a notion that aid doesn’t actually help poorer nations to grow and develop their economies.

Blair, who helped put Africa on the agenda at the Gleneagles G8 summit of 2005, recognised this, while also acknowledging that “aid promised has not been delivered in its entirety”.

But he pointed out that it “did result in a huge increase in resources flowing from the wealthier nations to the poorest, including in debt relief which allowed many countries to boost significantly the number of children being vaccinated and going to school for the first time”.

He said aid has helped with governance, quoting a report released on Monday by the global campaigners ONE, which said that by 2015, UK aid alone will have helped 44.9-million more people to vote in freer and fairer elections.

Losing out to the Chinese
Still, there was an acknowledgement that the UK was not doing enough in Africa and were losing out to the Chinese, whom Blair said had a different approach to funding and development in Africa as well as the political situation in the various countries. “China’s offering to Africa is fundamentally different to ours [the British]. If China has changed the terms of engagement, we’re going to have to change.”

He said African leaders were tempted to turn to China for commercial investment for infrastructure projects over aid from the West. He illustrated the point with this example: “If a country in Africa wants something done, such as building a road, they go to the donor community and it ends up … [mired] in months of bureaucracy. If you tell the Chinese you want a road, the next day someone is out there with a shovel.”

He added that the United Kingdom “must see China as development partners instead of rivals. We’re nearly there, but there are many lessons we can take from the Chinese”.

There is a general sense of new optimism from the British government and investors about opportunities in Africa. Yet, there seems to be still a reluctance to pour money into capital investments because of political instability in some growth countries such as Nigeria, where violent riots broke out recently, when President Goodluck Jonathan cut fuel subsidies.

He said insecurity in the north, south and centre was the biggest threat, agreeing that the recent riots and uncertainty didn’t make Nigeria’s short-term prospects look attractive. But he pointed out that the instability and security situation was not worse than during the civil war.

He cited youth unemployment, and a possible uprising by rising population which was under the age of 30, as the biggest threat to Nigeria’s future. “It’s a big problem having a young population as big as it is now and finding jobs for them,” he said. “The demographics of Nigeria can be an advantage and a disadvantage. If education is insufficient, then Nigeria will be sitting on a keg of gunpowder with the youth.”

Despite these concerns, Obasanjo emphasised that there was plenty of opportunity for investment. But he said the British needed to do some introspection in how they viewed and invested in Africa. Sounding a friendly warning, he quipped “the Chinese have become a bogey”.

He added: “You (the British) used to be one of the powers in terms of debt relief, but when the eurozone crisis hit, we were calling on the Chinese to bail us out.”

Old friends and new
While he was not necessarily keen on the Chinese, Russians and Indians “coming in”, his concluding comment was: “We want to keep our old friend [the British] happy, but we want to make new friends too.”

Blair got that hint. There’s no doubt Africa is on the move, he said, with the middle class expanding, and projected to reach one billion by 2015. “Just consider the following: in eight of the past 10 years, the growth rate of sub-Saharan Africa has been faster than East Asia,” said Blair. “The middle class is expanding. Today 60-million Africans have an income of over $3 000 per annum. Within three years the figure will be 100-milion.”

Global management consultanting firm McKinsey has predicted that consumer spending will double this decade to $1.4-trillion. Foreign Direct Investment has multiplied six-fold in the past 10 years. The composition of that investment is also changing. “This year China will invest more in African infrastructure than the World Bank,” said Blair.

Despite the uprisings in some countries, the political situation is better. Since 1991, African governments have been changed through democratic elections 30 times. In the previous 20 years this had happened only once. There were only three democracies in sub-Saharan Africa in 1989. Today there are 23.

“I am noticing in my frequent visits there that there is a new generation of leaders in politics, business and civic society who don’t simply have a new competence about how they approach their tasks; but a new attitude, a new frame of thinking, a new way of looking at their own situation,” said Blair.

Immense challenges
But while Africa has been touted as the next big growth story and there is optimism and new capital starting to flow into the continent, the challenges remain immense. Poor or lack of infrastructure and governance are two of the biggest hurdles holding back African nations.

Despite vast quantities of arable land, Africa is still a net food importer. Only about 20% of Africans have access to electricity. Many millions still live in dire poverty. There is still conflict.

“So much depends on the reform programme in Nigeria succeeding since without Nigeria succeeding Africa will always struggle,” said Blair.
He said African nations must improve their governance to take advantage of a mass of “footloose capital” from private investors.

He outlined seven factors that were key for Africa to harness rapid economic growth, including infrastructure, foreign investment, education and tourism.

The biggest obstacle to Africa’s development, he said, is governance. “It’s crucial to have in place a proper system for attracting that investment, treating it predictably, having a legal system that functions fairly and it depends on a minimum level of infrastructure. This is not only about transparency, that is, honest government, important though that is.”

He said the opportunities are there, the obstacles known and surmountable. “The new Africa needs a new approach from African leaders, from the development community, and from the private sector.”

Zimbabwean Prime Minister Morgan Tsvangirai, recognising that his country was in the news “for all the wrong reasons, agreed that the image of Africa needed to change.