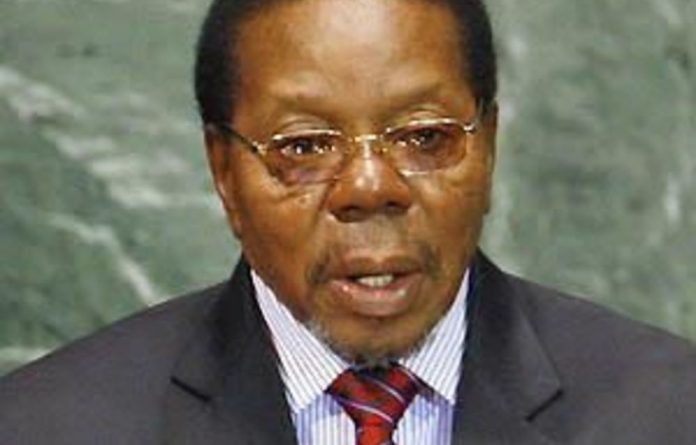 Malawi’s President Bingu wa Mutharika on Thursday responded to growing civil unrest and calls for him to resign by saying he could rule his destitute Southern Africa state “forever”.

A loose alliance of opposition and civil society groups backed by influential religious leaders last week gave him a two-month deadline to step down or face even larger protests.

“If I wanted to, I would use the majority I have and amend the Constitution to rule for another term, or forever,” he told supporters at a rally.

“I will not resign because that’s not what the law says. I will only be able to do that when my term expires in 2014,” Mutharika said.

Anti-government protesters set fire to a police station in the capital Lilongwe on Monday, raising tension in the country, rocked last July by the police killing of 20 people during nationwide demonstrations against government policies and suspected corruption.

Malawi’s budget has traditionally relied on aid for about 40% of its funding but major donors Britain and the US have frozen packages worth hundreds of millions of dollars over concerns about human rights abuses and creeping autocracy under Mutharika.

Lifeline
Malawi officials have been hoping to open up an aid lifeline in meetings this week with a visiting delegation from the International Monetary Fund (IMF).

The IMF’s aid programme is on hold due to disagreements between Lilongwe and the lender. Mutharika has defied calls by the IMF to devalue its kwacha currency.

Authorities have clamped down on dissent in the past week by arresting a leading opposition youth leader and the head of the government’s human rights commission which blamed Mutharika’s forces for the deadly crackdown on the July protests.

Police have stepped up their presence in major cities after sporadic protests and violence in the past several days.

Malawi has averaged economic growth of more than 7% annually in recent years, but life has become increasingly difficult in the past year due to shortages of fuel, medicine and foreign currency. — Reuters