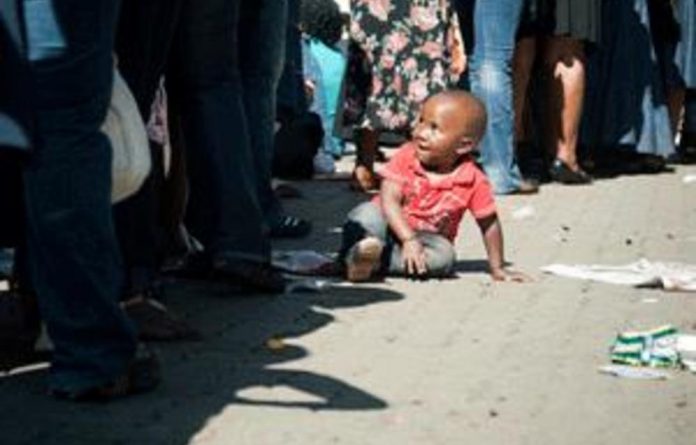 Absa subsidiary AllPay has accused the South African Social Security Agency (Sassa), of an irregular tender process wherein the company’s score was “inexplicably” lowered so that its competitor would win the R10-billion contract.

This was contained in a supplementary founding affidavit filed by AllPay earlier this month.

The Absa division responsible for paying out social grants filed a founding affidavit in February in an attempt to halt all service-level agreements and have the tender reviewed and set aside.

The tender is for the payment of social grants, including child and old-age grants, of about R100-billion a year. Sassa is a state agency that reports to the department of social development.

AllPay questions compliance
In the affidavit, the most recent to be submitted in the application against Sassa, AllPay questioned whether the winning bidder, Cash Paymaster Services, complied with request-for-proposal criteria and claimed the reasons for rejecting the bid were dubious, as were last-minute changes to the criteria.

But in an answering affidavit Sassa claimed “the applicants are clearly sore losers” after failing to qualify for one of the largest tenders awarded by the government.

There was indeed an urgent need for an overhaul of the social-grant system, because the administration of grants at provincial level created a platform for abuse. Three cash service providers, AllPay, Empilweni and Cash Paymaster Services, were contracted to administer the grants since 2007, but it was decided a national approach was needed to instil uniformity.

The contract was tendered for and in January awarded to Cash Paymaster Services, a subsidiary of Net1 Universal Electronic Payment Systems Technologies. Cash Paymaster Systems has begun to implement the new system to pay out grants to recipients, but AllPay has cried foul.

The Mail & Guardian reported earlier this month that top advocate Norman Arendse had alleged that, while he was deliberating as part of an adjudication committee whether to cancel the previous tender in favour of a national approach, he was offered an “open-chequebook” bribe by an individual claiming to ­represent Cash Paymaster Services.

Claims that process was flawed
In the supplementary founding affidavit, which contains the essence of AllPay’s argument, Charmaine Webb, general manager of sales and service delivery, claimed the tender process was irregular.

At the time of going to print, the respondents had not yet filed further answering affidavits, but in response to AllPay’s first founding affidavit, Raphaahle Ramokgopa, the project manager of the tender and Sassa’s acting executive manager of strategy and business development, said the tender simply required a different solution that did not relate to the services rendered by AllPay.

In documentation filed by Cash Paymaster Services its chief executive, Serge Belamant, said: “It is obvious the applicant [AllPay] will profit from a forced extension or new agreement.”

In the documentation Ramokgopa said AllPay’s presentation confirmed that its proposed solution did not make provision for adequate biometric verification.

But Webb claimed that AllPay’s scores, after a presentation on October 7 last year, were “inexplicably” reduced in every category by two members of the bid evaluation committee.

She said only issues of biometrics and payment solutions were addressed at the meeting, yet its scores were lowered on a range of topics never discussed, such as security infrastructure, financial security and the transition period.

The tender process, Ramokgopa said, resulted in a saving of R800-million in administrative costs each year. But, although savings were important, they had “to be measured against the service acquired”.

But Belamant said Webb’s allegations about pricing were unfounded because she could not know what was tendered by Cash Paymaster Services, and vice versa.

Aside from that, “she fails to factor into the equation that the third respondent [Cash Paymaster Services] predominantly pays in rural areas (at a substantially higher cost)”.

According to AllPay, the bid evaluation committee said the reason AllPay did not get the tender was non-compliance with bidder’s “notice 2”. The notice was received by AllPay on June 10 2011, five days before the bid submission deadline, and noted that “biometric verification must be performed when a beneficiary receives his grant regardless of the payment method”.

This, Webb said, was news to AllPay, which received information from the committee on May 22 “which indicated unequivocally that — biometric verification prior to payment was — the preferred method, but not necessarily the only way.”

Ramokgopa said the notice was issued for clarification and did not create new tender specifications, but still claimed AllPay had misinterpreted the terms of the request-for-proposal criteria.

Belamant said the argument was insignificant. Rather, the applicant’s state of readiness to provide the technology offered was questionable.

In the affidavit, Ramokgopa said a consultative team had queried the tender report and found that applicable processes had been followed.

The independent process monitor also compiled a report that found the tender was “conducted in a manner that was fair, equitable, transparent and competitive”.

But it noted that it had not participated in the bid-closure process, opening of the tender box, screening of bids and prequalification of bidders and was not in a position to report on these areas.

In the supplementary founding affidavit, Webb also addressed the composition of the evaluation committee, Sassa’s failure to answer questions during the bidding process, the criteria compliance of the merchant model employed by Cash Paymaster Services, and the failure of the bid evaluation committees to consider allegations made against the company in other forums.

“The process is well on its way and any disturbances will have catastrophic consequences.”

Sassa payments at cash paypoints suspended due to riots