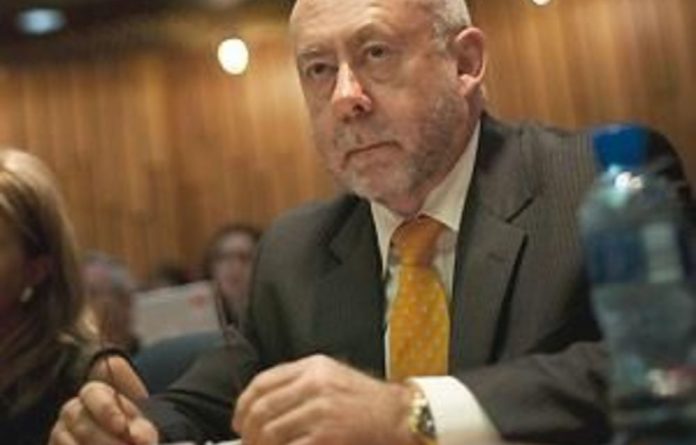 The hearing into apartheid-era chemical weapons developer Dr Wouter Basson hit a hurdle on Wednesday when his counsel accused the prosecution of making statements “without factual basis” during cross-examination.

Basson’s attorney Jaap Cilliers put it to the committee that pro forma prosecutor Salie Joubert made incorrect statements and that this should not be allowed as it contravened a ruling made earlier by the professional conduct committee of the Health Professions Council of South Africa (HPCSA).

The committee is hearing an inquiry into whether Basson, a practicing cardiologist, acted unprofessionally and unethically when he led a chemical weapons research unit under the apartheid government. If found guilty, Basson will lose his medical license.

On Tuesday, Joubert questioned Basson about the South African Defence Force’s development of untraceable weaponised mortars which contained CR teargas. These had been provided to Angolan rebel forces under Jonas Savimbi in the 1980s.

He then put it to Basson that these weapons were also used for riot control in South Africa, saying: “This is the type of chemical war on the population of this country that you supported as a doctor.”

‘Factual basis’
Cilliers argued that the statement should be withdrawn because “there was no suggestion of that in the facts before the committee”.

“He doesn’t have a factual basis for that statement; it is in any case irrelevant to the charge sheet before him,” said Cilliers.

One of the charges pending against Basson includes providing weaponised mortars to Savimbi but he has not been charged with using these mortars on the general population in South Africa.

Cilliers said that since news of these comments became public, both the defence force and former surgeon general Neil Knobel — who will be called to give evidence later during the inquiry — had “grave concerns” about these allegations.

He also complained that, following reports on the inquiry, Twitter pages had been created that stated Basson and the defence force had waged chemical warfare against the previously disadvantaged people of South Africa.

Cilliers argued that Joubert made reference to statements that Basson had made during the Truth and Reconciliation Commission (TRC) in an attempt to “create atmosphere”.

On Tuesday, Joubert told the committee that Basson had, in the past, said the TRC was a flawed process “not worth the paper it was printed on”. Basson said he stood by those statements.

According to Cilliers, a court order prohibited the use of anything Basson had said during the TRC and that regardless of this, the comments were irrelevant to the charges.

He said Joubert’s conduct had been “completely improper” and asked that he withdraw the statement.

But Joubert refused and countered that Cilliers’s allegations were unfounded.

Objections
He said he was entitled to use the chemical war comments as they were based on statements Basson, himself, had made during cross-examination. Cilliers contested this.

Joubert also argued that the defence had not raised any objections during cross-examination.

“I cannot recall any of these issues being raised at that point in time,” he said, adding, “My learned colleague, during the course of the night, has established that he has got problems here and now he endeavours to shift the blame.”

Joubert argued that Basson’s TRC comments were relevant because it “pertained to his attitude to ethics”.

He accused Cilliers of being unreliable and misleading the committee when he said these comments could not be used.

Amid the he said, she said disagreement, the committee agreed to an adjournment to allow both parties time to examine the record of Tuesday’s proceedings.