Gods on the run 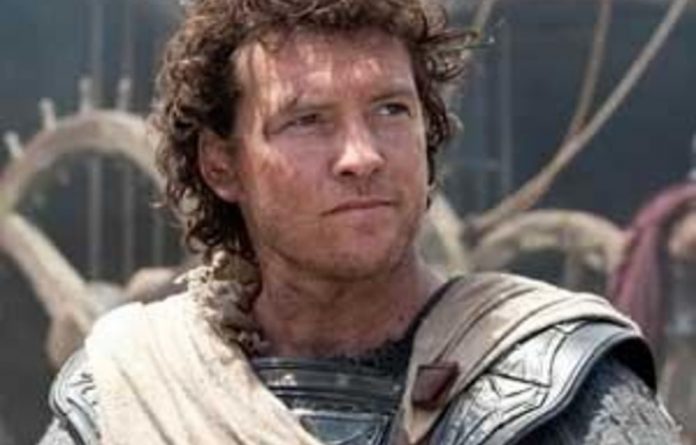 I was under the impression that Clash of the Titans, the 2010 remake of the 1981 film, hadn’t done particularly well in the cinema market, but obviously it did well enough for a sequel to be commissioned. And here it is — Wrath of the Titans.

I rather like the idea of changing a word or two in a title to indicate the next movie in the sequence. This is so much better than the ordinary old addition of a numeral (Clash of the Titans II, for instance), and it’s a vast improvement on the tendency to subtitle the sequel, which often means the previous film has to be subtitled retrospectively.

This is confusing and annoying, as shown by the endlessly baffling tripartite retitulation of the Star Wars saga. You can no longer simply refer to Star Wars. You have to specify, and it doesn’t help to say “the first one”. You mean Episode I? No, I mean the first one, the one that came out when I was at school, in the 1970s. That one. The one that was called just plain old Star Wars … And how long ago it all seems.

Such a movie would at least redress the paucity of female roles in Wrath, which, besides a very small role for a sort of nursemaid figure, has only Rosamund Pike as a battling Queen Andromeda. The great goddesses of Olympus are absent — no Claire Bloom as Hera, as in the 1981 movie, or Ursula Andress as Aphrodite, let alone Maggie Smith to play Perseus’s mom, Thetis.

There’s not even a Medusa, who was technically female; I suppose she did lose her head in the last movie.

Gods in the machine
As the Iliad and the Odyssey demonstrate, the goddesses were no less involved in human affairs than the male gods. An Artemis or a Hera was constantly flying down to Earth to block a warrior’s thrust at a favourite, to throw stardust or the Olympian equivalent in the eyes of an archer, or to creep around in the dark offering top-secret information to a military strategist. Never mind trying to assassinate their husbands’ illegitimate children, as Hera did for Baby Hercules, using a pair of snakes. (She failed, obviously.) In Wrath of the Titans, the goddesses are nowhere to be seen. What are they doing while their menfolk battle it out on Earth or in the underworld? Sitting at home on Olympus, knitting?

For here we have Zeus (Liam Neeson) visiting his son Perseus (Sam Worthington) on Earth to warn him about a plot to release his own father, thus I suppose Perseus’s grandfather, Kronos, from his millennial bondage. Naturally, if Kronos, whom one might say is as old as time itself, is released he will wreak devastation upon Earth. Of course this Zeus should just have killed his father Kronos in the first place, as some of the real old myths have it. Those Greek gods were always doing terrible things to their dads, a point that Zeus wisely does not mention to Perseus.

Perseus responds to Zeus’s appeal with a grim scowl, as well he might. He will have to abandon his peaceful life as a fisherman and single dad on some arid outcrop of the Peloponnese, dig up his old sword, and go off to fight supernatural beings again. Perseus also needs to practice his grim scowl, because he will need it many times in the days to come, as his adventure proceeds. (It’s pretty effective, one must add, as an acting device: when Worthington finally cracks a tiny smile, it has a disproportionately thrilling effect.)

This adventure is less complex, however, than that of Clash of the Titans. There’s no quest, really, just a straight good-versus-evil competition, though Perseus does get help from the aforementioned Queen Andromeda, from a rogue with navigational skills (Toby Kebbell), and the god Hephaestus. Bill Nighy plays Hephaestus, and it’s always good to have old Bill and his flappy arms around, but he doesn’t look much like a god who has spent eternities at the forge, hammering magic weapons into shape. Perhaps divine technology has moved on.

Pike’s Andromeda is not given enough to do, for my money, though she does a bit of arrow-shooting here and there. In fact, overall, nobody is really given enough to do. Worthington doesn’t even get his shirt off, which seems the least he could do. I suppose it’s too much to ask that the narrative be given a little more complexity, or that more be required of the characters than a lot of rushing about trying not to bump into the CGI.

One character, at least, does precisely what he’s meant to do. Perseus’s boy Helius (John Bell) is there only to push up the sentimentality quota; I knew as soon as he appeared that he would be seen, towards the end of the movie, in a kind of hostage situation. It was simply a question of which baddie would hold him to ransom — Ares, the god of war (Édgar Ramírez), who unaccountably speaks in a Spanish accent, or Voldemort, sorry, I mean Hades (Ralph Fiennes).

Then again, Perseus is clearly Australian.

It hardly matters, though. The passing of time in this movie is measured by the amount of dirt on an actor’s face. It was a relief to find, after about an hour and a half, that the movie must nearly have been over, for Worthington’s face was now almost entirely covered in grime. I know the target market for Wrath of the Titans is about eight to 12, at the oldest, but I suspect that even at age 12 it would have bored me.