The economic week ahead: A good Friday? 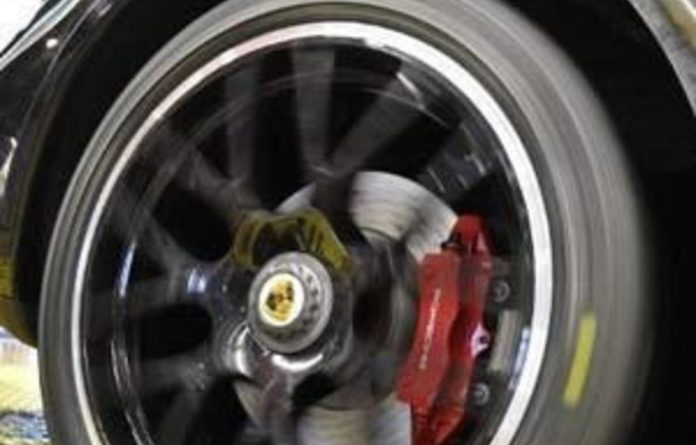 This week began on Sunday with two conflicting data releases in China. It will end on Friday with a key market moving jobs report in the United States. In between, central bank gatherings in Frankfurt and London and a series of eurozone business measures promise to keep things interesting in the shortened trading week ahead.

United States
A series of data releases scheduled for the week ahead will probably show that America’s modest economic recovery remains on track.

On Monday, the Institute for Supply Management’s manufacturing index — which slipped from a reading of 54.1 in January to 52.4 in March — is expected to have rebounded to 53.0 in March. Any reading above 50.0 indicates growth in the sector. Manufacturing accounts for about 12% of America’s economy, but 57% of the country’s exports, so economists watch these figures closely.

On Tuesday, the Federal Reserve will release the minutes of its most recent policy meeting. Investors will be scouring the release for any hints that the central bank is willing to pursue further stimulus, should the country’s economic recovery flounder.

On Thursday, jobless claims figures — an indicator of whether retrenchments are increasing or decreasing — are expected to nudge up from 359 000 new claims filed in the week ended March 24 to 360 000 for the week ended March 31. Claims typically range between 300 000 and 400 000 when the economy is growing.

On Friday, eyes around the world will shift to the release of America’s monthly employment situation report. Economists surveyed by Bloomberg expect the report to show that nonfarm payrolls in the world’s largest economy rose by 201 000 in March, down from last month’s 227 000 total. The country’s unemployment rate is forecast to remain unchanged at 8.3%.

Total private payrolls are expected to have risen 224 000 last month. If market expectations are met, Friday’s release would mark the fourth straight monthly report in which payrolls have increased by more than 200 000.

On Monday, the eurozone — along with continental Europe’s three largest economies — will release this month’s purchasing managers’ index (PMI) results. Economists expect all four of these forward looking measures of manufacturing activity to continue to show readings below the 50.0 mark separating expansion from contraction.

Analysts expect to see a eurozone reading of 47.7, unchanged from last month. Germany’s PMI is forecast to remain at 48.1, France’s PMI to hold steady at 47.6 and Italy’s measure to record slight improvement from 47.1 to 48.0.

Later in the day, analysts expect labour market statistics to show that, for the eurozone as a whole, the unemployment rate ticked upwards slightly from 10.7% in February to 10.8% last month. Italy’s employment release may disappoint similarly, showing a slight rise in unemployment from 9.2% in February to 9.3% in March.

On Wednesday, economists forecast the eurozone’s retail trade statistics to point to a further slowdown in activity last month. Markets are expecting data to show that retail trade shrank 1.2%, year on year, in March after showing no growth the month before.

Also on Wednesday, the European Central Bank will meet to consider interest rates. Markets are widely forecasting that policymakers will leave rates unchanged at 1.0%, a record low, as the continent’s economy continues to struggle.

Across the English Channel, central bankers at the Bank of England (BOE) are expected to do the same at their meeting on Thursday.

Economists are nearly unanimous in their belief that that the BOE will leave its key interest rate on hold at 0.5%. The nine member monetary policy committee is also expected to leave the size of the bank’s bond-buying programme stable at ₤325-million in the face of uncertain inflation and growth prospects for the island nation.

Asia
Sunday’s release of two key economic indicators in China is likely to set the tone for markets in Asia on Monday. Economists and investors were left wondering by the conflicting measures.

China’s official purchasing managers’ index (PMI) — compiled by the China Federation of Logistics and Purchasing (CFLP) — rose significantly from 51.0 in February to 53.1 in March, pointing to a healthy expansion in the country’s massive manufacturing sector. This strong reading, an 11-month high for the index, definitively beat consensus expectations.

But a similar private sector measure from HSBC fell from 49.6 to 48.3 over the same period. March was the fifth straight month in which the global bank’s index remained below the 50.0 mark separating expansion from contraction.

One measure points to growth, the other to a deepening slowdown. What does this mean?

Some economists question the reliability of China’s official statistics but, in this case, most point to two less nefarious possible explanations for the discrepancy in the two gauges.

The CFLP’s PMI is based on a survey of manufacturers that are, on average, larger than those in HSBC’s sample. These larger firms, some analysts argue, are more likely to have benefited more quickly from the Chinese government’s recent monetary policy loosening, moves designed to increase credit availability and stimulate growth. HSBC’s survey, these same analysts argue, represents smaller firms that are still struggling to access credit.

Another possible explanation for the conflict between the two indices is a statistical one. HSBC seasonally adjusts its index. The CFLP does not.

Between 2005 and 2010, CFLP’s PMI climbed at least 3.0 points from February to March as factories gear up production after the lunar New Year, towards the end of the northern winter. CFLP’s failure to adjust for this, some argue, could itself account for the heightened reading.

Regardless of the exact explanation, these two data sets are likely to leave markets divided on the direction of the world’s second largest economy.

South Africa
On Monday, markets expect this month’s purchasing managers’ index (PMI) from the Bureau for Economic Research to remain in expansion territory, but to weaken from last month’s reading of 57.9.

On Tuesday, the South African Chamber of Commerce and Industry (SACCI) will release its business confidence index for March. SACCI’s index rose by 2.4 points in February to a reading of 99.5, but remained 2.4 points below the level observed in February of last year.

Markets will be looking to see if Friday’s reading will confirm survey results from the Bureau for Economic Research’s business confidence index which, earlier this month, jumped 14 points.

Also on Tuesday, economists will focus on the release of last month’s vehicle sales statistics from the National Association of Automobile Manufacturers of Southern Africa (Naamsa).

South African markets, like many others across the world, will be closed on Friday in observance of the Good Friday holiday.

As the crisis continues to unfold, the biggest threat may be the vested interest in maintaining the civil war Therefore, with no end in sight to the conflict plaguing the nation, the question worth asking is: who benefits from a Yemen at war?
Read more
Advertising
Continue to the category
Coronavirus