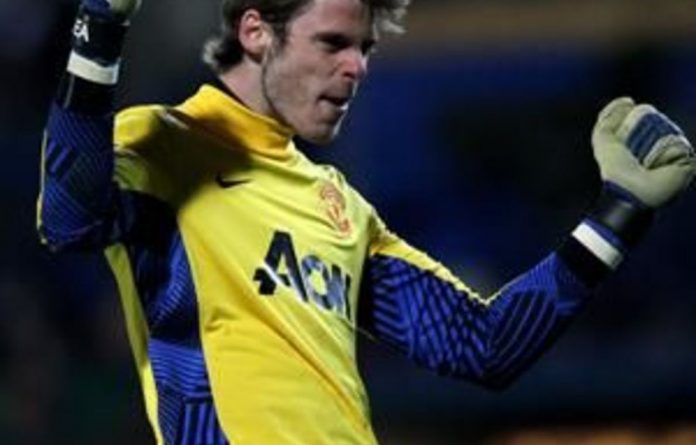 Late goals by Antonio Valencia, a sublime finish from an acute angle, and substitute Ashley Young earned Ferguson’s side a 2-0 win at Blackburn on Monday.

It was a seventh straight top-flight win which leaves them clear favourites to clinch a fifth title in six seasons.

But United had to endure some anxious moments against their relegation-threatened opponents, with De Gea producing three outstanding saves to keep out Junior Hoilett, Marcus Olsson and Grant Hanley.

The Spaniard was dropped by Ferguson after the surprise 3-2 home defeat to Blackburn on December 31.

But after helping United open up a substantial advantage at the summit with seven games left, Ferguson was full of praise for De Gea.

“The progress is obvious, everyone can see it,” he said.

“He’s growing in stature and confidence. We’ve always known he had great ability … He made three great first-half saves but that’s the sort of threat that Blackburn offered. They’re dangerous counter-attacking.”

What’s important
Manchester City have topped the table for most of the season and Roberto Mancini’s expensively-assembled side were five points clear at the top as recently as March 3.

But United’s 10th win in 11 games completed a 10-point swing at the summit, and they will extend their lead to eight points if they overcome Queens Park Rangers at Old Trafford before City play away to third-placed Arsenal on Sunday.

But the experienced Ferguson, chasing a 13th title at Old Trafford, is not ready to celebrate yet.

“We’ve still got seven games left and my experience of these situations is it doesn’t matter what the points total is at the moment … What’s important is trying to win Sunday’s game.”

On his side’s performance against Blackburn, Ferguson said: “We had a lot of possession in the first half … We always had them under the cosh, we just had to be careful of the counter-attack … The goal by Valencia, coming so late in the game, was obviously important. It typifies the history of our club … If you don’t try to shoot you don’t find out if you can score like that. He got amazing power on it … To get that goal is very difficult with the way Blackburn defended … We’ve scored more goals [than City] now and that’s a big step forward … It could come to goal difference. We had a deficit of 17 and now it’s only one, so that’s a big step forward for us.”

Blackburn did not play like a team fighting a relegation battle but the Lancashire club dropped into the relegation zone with this result, and have seven games to climb out of trouble.

Manager Steve Kean said: “I thought for 80 minutes we held our own … It could have gone either way … If we play like that over the next seven games then we will get plenty of points. We’re a bit frustated because if we had held on for another five minutes then we could have really frustrated them.” — AFP