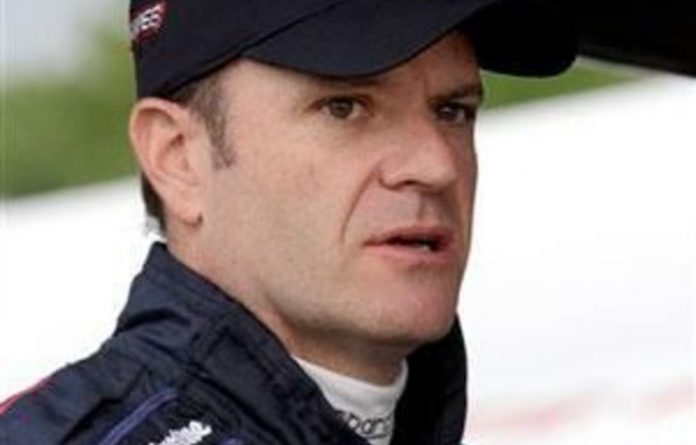 IndyCar driver Rubens Barrichello remains open to a return to Formula One and would drive for Ferrari if the Italian team offered him a contract.

Barrichello, who joined IndyCar this season after failing to keep a spot in F1 after 19 years in the series, said he has to be prepared if a top team comes asking for him to return.

“I’m completely open [about it], it would be something to think about,” Barrichello told Brazilian channel SporTV in an interview aired on Wednesday.

The 39-year-old Brazilian was one of the names considered by Italian media as a possible replacement to fellow Brazilian Felipe Massa, who is struggling with Ferrari this season. Barrichello said his past problems with Ferrari — where he was unhappy about playing second fiddle to Michael Schumacher — would not keep him from returning to the Italian team.

Barrichello joined KV Racing last month after he lost his spot with Williams, ending a mostly successful 19-year career at F1. He had always said that his goal was to stay longer in the series and then retire, but he jumped on the opportunity to race in IndyCar after his friend and now teammate Tony Kanaan invited him to a test session in the preseason.

Barrichello said he is “very happy” right now, but doesn’t hide the fact that he hasn’t closed the door to F1.

“In my first Twitter [post] after Williams called me, I made it clear that I was sad and that my future was open. I think that’s the way it has to be,” Barrichello said. “I think anything can happen. I’m not saying it will happen, but I have to be ready.”

Staying open
Barrichello said he talked to Bernie Ecclestone earlier this year and that the F1 boss joked that he would keep an eye on a spot in the series for him.

“He asked me if I was really going to race in IndyCar and I told him that ‘Yeah, because you didn’t find me a place in F1,'” Barrichello joked. “He said he will see what he can do about it. Really, you just have to see what happens, you have to stay open about it.”

Barrichello finished first in a recent poll conducted by Italian magazine Autosprint about who should replace Massa at Ferrari, beating Italian Jarno Trulli and Mexican sensation Sergio Perez, who was second to Massa’s teammate Fernando Alonso at the Malaysian Grand Prix two weeks ago.

“It was unexpected,” he said. “It shows that I left something good there.”

He said Massa, who is a good friend, is likely going through a “lonely” moment at Ferrari.

“It’s not a problem of speed,” Barrichello said. “Ferrari definitely adores Alonso because he is maybe the best out there right now, so Felipe has a tough problem.”

No hard feelings
Barrichello twice finished runner-up to Ferrari teammate Schumacher in the F1 drivers’ championship and left the team complaining that he never had a chance to compete against the German driver in equal conditions.

“I want the fans to understand that I don’t have any hard feelings,” Barrichello said. “If [Ferrari] called me today to go drive for them I would go. It was the best team I’ve ever driven for in terms of support, of creativity. But there were definitely some spicy episodes.”

Barrichello said he will likely reveal some of these controversial episodes in a book that he is writing about his time in F1.

He made his IndyCar debut with a 17th-place finish in St Petersburg, Florida, then improved to finish eight in Alabama last weekend. He is 10th in the drivers’ standings.

“It’s still all too new for me,” Barrichello said. “It’s going to take some time to adjust to everything, that was expected.” — Sapa-AP