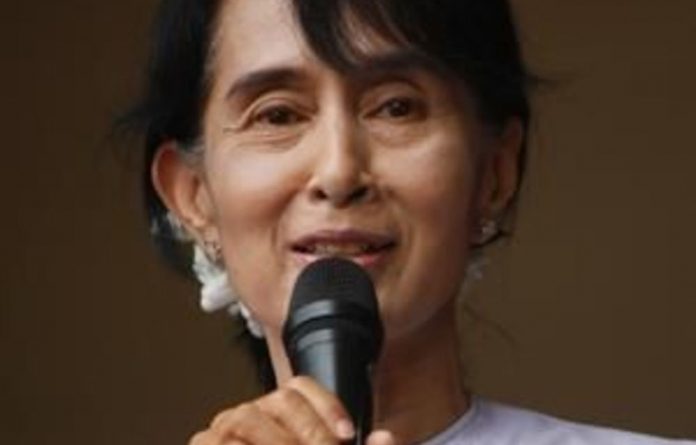 I have dreamed for many years of seeing Aung San Suu Kyi elected to Parliament and watching thousands of people celebrating in the streets. But, although Sunday’s scenes made me happy, I also felt a strange emptiness inside.

We always expected that when Suu Kyi was allowed to take a seat in Parliament, it would be a final step on the road to democracy. Instead, it is only the first.

Suu Kyi herself is even more cautious. Asked last week how democratic Burma was on a scale of one to 10, she answered: “On the way to one.”

Too much importance has been attached to these by-elections, whose significance is more symbolic than practical.

Suu Kyi’s party, the National League for Democracy, will have about 5% of the seats in Parliament, compared with 80% for the military and the main military-backed party.

Even if Suu Kyi had a majority, Parliament has limited power and the military has an effective veto. But, as Suu Kyi hoped, the by-election has successfully mobilised many people, breaking down the fear of engaging in politics after generations of dictatorship.

Now she is trying to use the limited new political space to bring genuine democratic reform, but the challenges are immense.

To use these by-elections as a benchmark for judging change is a mistake. Even had they been free and fair, and they were not, they do not mean Burma is now free.

I have another reason for caution. I am from the Karen ethnic group, which has faced appalling repression since Burma gained independence.

Aged 16, I had to flee when, without warning, the army fired mortars into our village. That was 15 years ago, but under the “reforming” President Thein Sein attacks by the army have not decreased. Quite the opposite.

While the international community is getting excited about the changes taking place in Burma, many people from ethnic minorities, who make up 40% of the population, feel forgotten. The only change for many them under Sein has been that things have got worse. The government broke ceasefires with some armed ethnic political parties and its soldiers went on a rampage of raping, killing, looting and burning villages, using villagers as slave labour.

In the past year, more than 150 000 people in ethnic-minority states fled their homes because of attacks. If this had happened in or around Rangoon, there would be outrage.

No one would be talking about lifting sanctions. But because it happens out of sight in the mountains in ethnic-minority states, the international community ignores what is going on.

There has always been a divide and mistrust between ethnic minorities and the Burman population in central Burma. My father, a Karen leader who was assassinated in 2008 by government agents, said the dictatorship’s successful divide-and-rule strategy was one of the main reasons we had not won our freedom.

The contrast in experiences between the changes for those in central Burma and new horrors experienced by ethnic minorities in border areas is enormous, but we must not allow it to increase resentment. Burma’s reform process might be leaving ethnic minorities behind, but we should still stay united for our common cause: freedom. —