No tsunami for SA but practice makes perfect 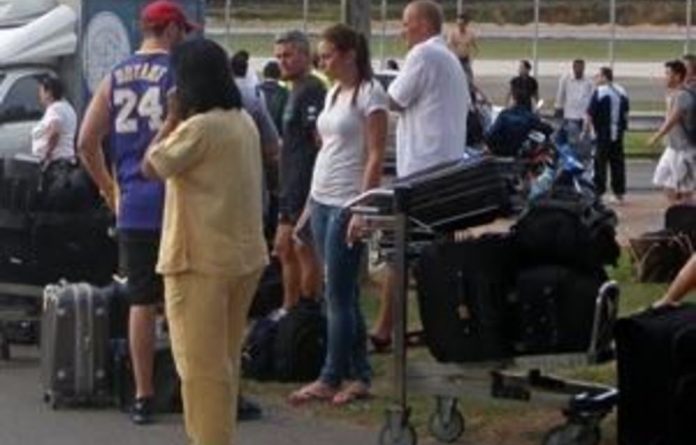 South Africa suffered a couple of hours of mild uncertainty on whether a tsunami could hit the east coast — with plenty of warning — on Wednesday. But even as a non-event, it served as an opportunity to test systems that could one day, maybe, just possibly, come in useful.

In Indonesia, Thailand and parts of Malaysia, residents of low-lying areas made for higher ground following the earthquakes, mid-morning South African time. But despite initial tsunami warnings for areas including South Africa, the more than eight hours it would take such a wave to reach these shores made for plenty of time to avoid panic.

“In this instance the messages we were getting almost immediately told us that there probably wouldn’t be a wave,” said the National Sea Rescue Institute’s Craig Lambinon. “We knew it would be more of a ripple on the ocean than anything else well before we would have had to respond.”

The earthquake that hit off the coast of Indonesia, and even the major aftershock that followed, could have had serious consequences. At magnitude 8.6 and 8.2 respectively, the quakes ranked among the biggest in recent history, and had things been a little different, they could have set off dangerous waves and rush tides. This time, though, the worst didn’t happen.

“It was big, but in this was a strike-slip earthquake, which doesn’t amount to a lot of displacement in the vertical direction, so you don’t have a trans-oceanic tsunami,” says Chris Hartnady, research and technical director at earth sciences consultancy Umvoto Africa, and the author of several papers on the risk South Africa faces from earthquakes and tsunamis. “Where plates rub along one another instead of slipping vertically, it’s usually not tsunami-genic.”

By contrast, the giant 2004 earthquake that killed hundreds of thousands of people in the Pacific basin saw the ocean floor displaced by as much as six meters, in a spring-back effect caused by a long rupture, and the sea bed was lifted by around two meters. That created an upwards shove of water, which translated to devastating waves that reached up to 30 meters high by the time they reached shore.

Even that, though, was not enough to cause severe trouble in South Africa. “What we experienced that time was a very high tide and a very low tide, all in the space of around two minutes,” says Lambinon. “It caused a little trouble, but it was more a ‘wow, did you see that?’ kind of event.”

But 2004 (and the devastating tsunami in Japan in 2011) did raise awareness of the potential danger to South Africa’s coast, and on Wednesday that seemed to have paid off. Thanks to linkages to new and beefed-up tsunami warning centres across the Pacific, various organisations were alerted to the threat, albeit a minor one, of a wave, a full third of a day before it could have reached South Africa. Disaster management offices along the coast reported they would have been ready to issue warnings and put rescue teams in place in plenty of time, had it been necessary.

That doesn’t mean everything is hunky-dory. There are enough people and enough infrastructure along South Africa’s long coastline that even a relatively minor tsunami event could cause vast damage. As remote as the chances are for such an event, which would require just the right kind of geological disturbance in just the right place at just the right time, it is not quite impossible.

Hartnady frets about a possible subsidence quake off the Mentawai Islands, which could happen in the next 30 years. Although South Africa would have plenty of warning, the sheer power of a worst-case tsunami would be catastrophic. Lambinon worries about disturbances off the West Coast, smaller but nearer than Pacific quakes, which could cause sudden tidal movements.

“The thing is not to think about this event,” says Hartnady, “but maybe to look into the future, and see how we would fare.”