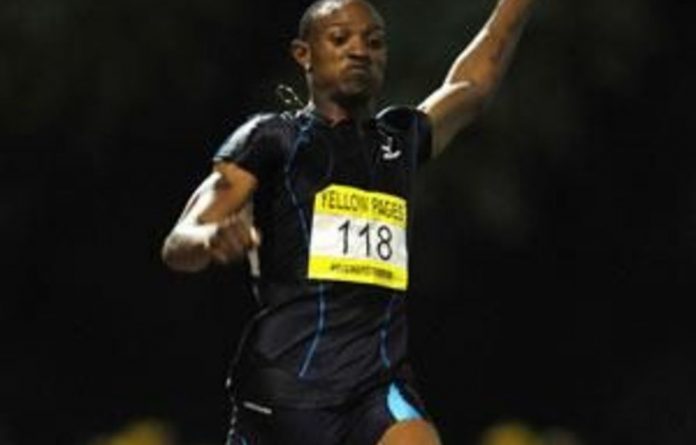 While national titles are up for grabs, places in the country’s Olympic team will provide the real incentive at this weekend’s South African Senior Athletics Championships in Port Elizabeth.

A handful of track and field athletes could join world 400m hurdles bronze medallist LJ van Zyl, who booked his place in the South African squad for the London Games at last week’s inter-club meeting in Pretoria.

They could also be joined by 110m hurdler Lehann Fourie, who dipped under the qualifying time of 13.52 seconds in Gainesville, Florida, on April 6, when he crossed the line in 13.31.

One of the athletes who still needs to set the qualifying standard twice in his event — once in South Africa and once in an international meeting — is the country’s only medal winner at the 2008 Beijing Games, long jumper Khotso Mokoena.

‘Quite happy’
The Olympic silver medallist said he was confident he would reach the standard in his season debut.

“So far I am quite happy. My preparations are going quite good,” Mokoena said.

“My first competition is at the nationals and that will be my first attempt to qualify for the Olympic Games, so I am excited … I am quite confident and I think the training is going well.”

Mokoena said he was feeling stronger than he had in the build-up to the Beijing showpiece.

“It is not a negative pressure. That pressure just tells me, ‘hey boet, you have to work harder every day’ … I feel much better — way, way better, I think a 100 percent better than I did in 2008.”

Rivalry
Mokoena needs to reach the qualifying distance of 8.20m to get his campaign off to a solid start in Port Elizabeth.

Former 800m world champion Mbulaeni Mulaudzi, who withdrew from last year’s global championships in Daegu due to injury, will also be out to set the standard in his event for the first time.

Mulaudzi missed the qualifying time of 1:45.60 by 0.81 seconds at the Yellow Pages meeting in Potchefstroom last month.

Meanwhile, in the women’s triple jump, the fierce rivalry between South African record holder Patience Ntshingila and Charlene Potgieter is expected to continue.

Both athletes have set national records this season, with the mark standing at 13.89m ahead of the national championships — 41cm off the Olympic standard.

South African double-amputee, Oscar Pistorius, who dipped below the qualifying time of 45.30 last month, and must now repeat that performance in an international meeting, will also be in action.

The national championships will be held in Port Elizabeth on Friday and Saturday. — Sapa