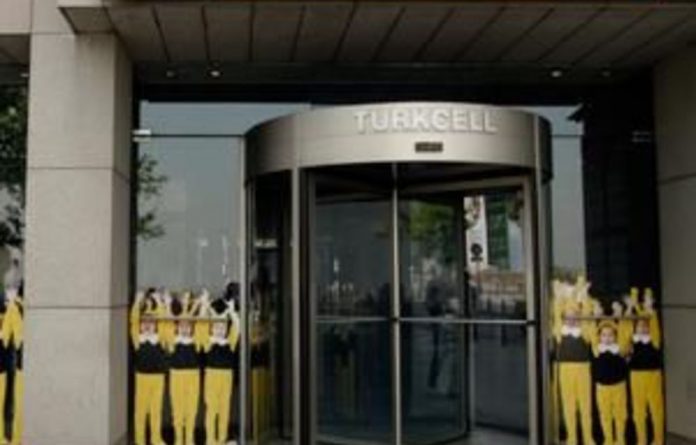 MTN’s Turkish rival, Turkcell, which is suing the Johannesburg-based cellphone giant for $4.2-billion, is embroiled in a bitter internal battle as shareholders square up for control of the company. Turkcell, listed in New York and Istanbul, has a market capitalisation of $11-billion.

In court papers filed in the United States recently, Turkcell accused MTN of paying bribes, facilitating the purchase of arms and defence equipment and canvassing support at the United Nations Security Council in exchange for Turkcell’s 49% stake in Irancell. But inside Turkcell’s own walls, a story of corporate skullduggery and shareholder revolt is also playing out.

The company’s shareholders — TeliaSonera AB, Cukurova Group and Altimo — have been mired in wrangles for control. At the centre of the duel is Turkcell founder Mehmet Emin Karamehmet and Altimo, the Russian shareholder that indirectly owns 13.2% of the company.

Karamehmet founded Turkcell in February 1994 and is reportedly Turkey’s richest man, with an estimated wealth of $4-billion. He owns Cukurova Group, a Turkish conglomerate active in insurance, media, trade, industrial services, communications, information technology and tourism. Cukurova controls Turkcell through a complicated shareholding and voting structure, despite holding only 13.7%.

Karamehmet has been fighting off Altimo’s parent, Alfa, an investment vehicle of Russian billionaire Mikhail Fridman, and TeliaSonera, Sweden’s largest telephone company, since he sold an $11.5-billion stake to them in 2005. The rival parties have been debating whether this agreement is binding and legal appeals and counterappeals spanning continents have been muddying the waters.

Altimo’s lawyers are arguing that Karamehmet’s failure to repay a $1.6-billion loan it extended to him in 2005 gives them a claim to his 13.7% share in Turkcell, which was used as collateral for the loan.

Short reprieve
But Karamehmet won a reprieve recently in courts in the United Kingdom against a Caribbean court’s decision ordering him to deposit $1.45-billion as a guarantee for his stake in Turkcell. In the next two months the UK’s Privy Council will hold a special hearing on the matter and the final hearing is scheduled for late October or early November.

This week Turkcell freed $249.4-million worth of assets in the company belonging to Cukurova Holding after Karamehmet made an unspecified payment towards the large debt mountain, according to a Reuters report. Turkcell initially seized the assets in May 2011.

The fight has created uncertainty in the company at a time when it needs to concentrate on winning its case against MTN and insiders say it is affecting its performance. The messy legal battle has prevented Turkcell from approving its financial statements or paying a dividend.

Turkcell’s reputation is also threatened by because of Karamehmet’s alleged “shady” dealings. In January 2005 a US embassy cable, which was released by WikiLeaks, warned US businesses not to do business with Karamehmet.

In 2012 he was forced to relinquish his chairmanship after he was sentenced to 12 years in prison for fraud relating to commercial lender Pamukbank, which is owned by Cukurova and collapsed during Turkey’s financial crisis in 2001.

Karamehmet chaired Pamukbank until its demise and was found guilty of taking out loans totalling about $100-million with no intention of repaying them.

Avoids the slammer
He did not serve the jail sentence, but was unable to leave Turkey pending his appeal. In June 2011 a higher court ordered that the original decision be overturned and the case be reconsidered.

His reputation was further damaged in Turkey when he won bids for electricity distribution networks of $6-billion in May 2011, but did not secure financing and did not pay for the licence.

Now, Colin Williams, the man regarded as Karamehmet’s ally and who succeeded him as Turkcell chairperson in February 2010, is under attack from the Russian and Swedish shareholders. Last year Altimo and TeliaSonera tried to oust Williams at a special annual general meeting.

Bloomberg reported that Williams opened a court case to cancel a decision by shareholders at a meeting last October not to approve the company’s 2010 financials.

The Russian and Swedish shareholders had blocked the approval of the income statement because of a battle for control of the company with Cukurova. They claim that Williams, who is backed by Cukurova, has hampered Turkcell’s growth — claims Williams has denied.

TeliaSonera launched legal action against Williams last year and has called for him to be replaced with an independent board member in a bid to resolve the deadlock.

Turkcell had not responded to questions at the time of going to press.

Dragged down by disputes
Turkcell has been plagued by a long line of litigation: