A clear vision of better care 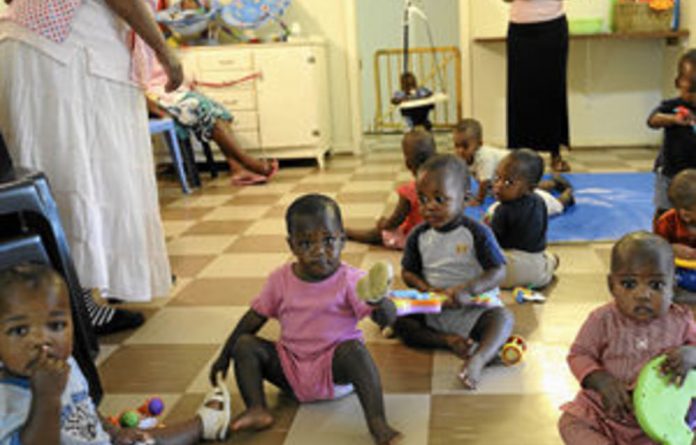 At 26.3%, Swaziland has the highest percentage of adults infected with HIV in the world, which has resulted in thousands of orphans. In 2010, Swaziland health authorities estimated that almost a quarter of all children in the country had lost one or both parents to HIV.

As in Swaziland’s neighbouring countries, grandparents are the main caregivers of children orphaned by Aids-related diseases in the country. Although no Swaziland studies have been done to establish the extent of the burden on grandparents, the article states that the figures are likely to be similar, or higher, than in Zimbabwe, where 71% of grandparents older than 60 look after one or more orphans, or in South Africa, where each elderly caregiver looks after an average of 4.6 children.

A decrease in eyesight, and often blindness in both eyes, is a major impairment for elderly caregivers in Africa. According to the study, cataracts, a cloudy area in the lens of the eye that affects vision, are the leading cause of blindness in Tanzania and Malawi, and Swaziland’s figures are likely to be similar.

Dr Jonathan Pons and his team interviewed 131 cataract surgery patients aged 50 years and older at the Good Shepherd Mission Hospital in Swaziland’s Lubombo region. At the time of the research, Pons was the only eye specialist in the country. The mean ages of the male and female patients interviewed were 70.5 years and 69.2 years respectively. About half reported being the primary care­giver for at least one child.

The interviews were conducted with patients during follow-up visits two weeks after their operations. One-third of the patients who lived within reasonable distances of the hospital were interviewed again several weeks later at their homes.

Research team member William Mapham said: “Cataracts reverse the roles of caregivers and orphans because the children have to start to take care of the adults, who can no longer see well enough to perform the most basic daily tasks, such as washing themselves, going to the toilet or getting dressed.”

Vision improves dramatically
The vision of some people, who could distinguish only between light and dark, improved dramatically within a day after the surgery. Elderly patients reported that they could take care of themselves and their grandchildren significantly better within four weeks after surgery.

Pons said: “One elderly lady, who was looking after six children, could cook for them again. For her the effect of the operation was instant: the day thereafter she was able to feed the kids again.”

Cataract operations also enabled grandparents to generate an income again — they were able to grow vegetables, look after cattle and go to markets to sell their produce or animals. They were also better able to assist children to get to school and see that their homework was done.

“The difference between cataract and other forms of surgery is that it almost instantly restores eyesight and radically improves a person’s lifestyle. By comparison, if a severely injured leg is amputated, the patient still has to learn how to get along with crutches or a prosthetic leg afterwards.

But with cataract surgery the disability is removed entirely,” Pons said.

Same-day service
The eye clinic had a policy of helping everyone visiting the department on the same day, he said. “The cost for surgery is R600, but we don’t turn anyone away, either for lack of money or if we are already very busy. We have three clinic days and two operating days a week and, as a rule, we have no waiting lists and arrange sponsorship for surgery as needed.

“Budget restraints and the financial crisis in Swaziland allow us only two eye-care nurses and three general nurses. Out of necessity, we’ve had to improve efficiency, thus we run a dual theatre with the microscope between two beds. This way, we perform surgery on two patients at a time. It has almost tripled our productivity.”

Mapham spent 10 months at the hospital last year and was one of Pons’s trainees. When he returned to South Africa last year, he started an eye clinic at the Uitenhage Hospital in the Eastern Cape.

He said: “We still have longer waiting periods here than at the Good Shepherd Hospital, often as long as three months. But with the knowledge I acquired there we are making significant progress in speeding up and increasing the quality of our operations,” Mapham said.

With his colleagues Juan Deseta and eye specialist Olivia Read, they have increased access to cataract operations at the hospital.

“Already I can see the impact on the lives of elderly caregivers, particularly on those caring for children orphaned by HIV. With one out of three pregnant mothers being HIV positive in our district, we’ve got an extremely high infection rate and, as a result, many orphans,” he said.

The ophthalmology department of the Port Elizabeth Provincial Hospital released its latest cataract surgery figures last week. At 1950, it is just 50 procedures short of the World Health Organisation’s standard of 2 000 surgical cataract procedures per one million people.

The medical journal reported this month that alternating clinic heads Mark Jacoby and Danie Louw had increased the number of cataract surgeries per one million people from 500 to almost 2 000, despite obstacles such as insufficient theatre time, erratic medical supplies and a lack of equipment. By doing so, the profile of cataract patients at the hospital has changed from mostly blinding cataracts to early cataracts requiring a less invasive procedure.

Pons said: “Children orphaned by HIV should be every person’s concern. One day my children will ask me: ‘Daddy, what did you do when those children went hungry?’

“Studying the impact of cataract operations was one way I could investigate whether our work of caring for the blind had an impact on the care and support of orphans. With the findings of the research, I think a strong case could be made for better funding for community-based cataract surgery.”

What is a cataract?
A cataract is a cloudy area in the lens of the eye that affects vision.
“A normal lens is clear. It lets light pass to the retina, the light-sensitive tissue at the back of the eye. As a cataract develops, it becomes harder for a person to see.

Vision may become cloudy or blurry and colours may fade,” according to the website of the United States government’s Agency for Healthcare Research and Quality.

Most people have a cataract in both eyes and one eye may be worse than the other because cataracts develop at different rates.

Who gets cataracts?
Most cataracts are age-related. In South Africa, there is an almost 60% chance that a person will develop a cataract after reaching the age of 60.

About 350 000 South Africans need cataract operations, of whom eight out of 10 live in rural areas. Some conditions or lifestyle choices, such as diabetes, smoking, alcohol use and prolonged exposure to sunlight, can increase the risk of developing cataracts.

How are cataracts treated?
According to the agency, cataracts can be treated easily by removing them surgically. “If you have cataracts in both eyes, the surgery will be performed on each eye at separate times, usually four to eight weeks apart. In 90% of cases, people who have cataract surgery have better vision afterwards,” the agency’s website states. — Source: ahrq.gov/consumer/bodysys/edbody7.htm