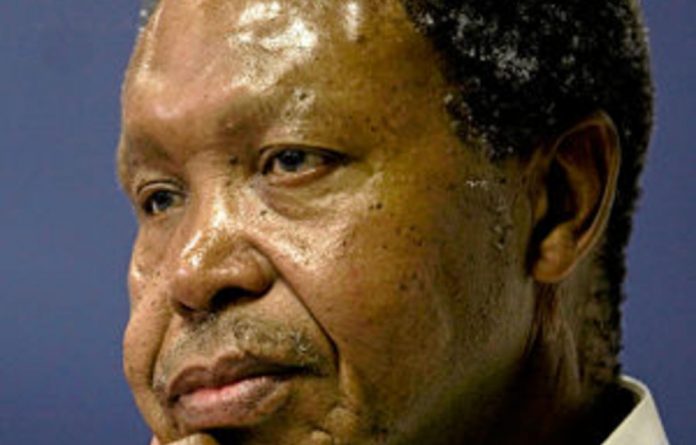 This is a big week for the office of South Africa’s press ombudsman, what with the release of the Press Freedom Commission’s long-awaited report on self-regulation and the awarding of one of the country’s highest honours, the Order of Ikhamanga (silver), to incumbent Joe Thloloe.

Is there irony in Thloloe being honoured at the moment a radical shake-up is on the cards that could lead to the abolition of his office?

There is certainly irony in honour being bestowed by President Jacob Zuma, who has had a particularly fractious relationship with the media in the midst of a sustained ANC campaign for much tighter regulation of the press.

The commission’s proposals are, of course, a response to that campaign, and it looks likely that the media will experience a move from self- to independent regulation, with a larger role for the public, fines for errant newspapers, tighter restrictions on reporting on children and other measures.

The question many will ask is whether such changes will satisfy the ANC. But, as Thloloe has said, this is entirely the wrong question. The answer is almost certainly “no” and the threat of a media appeals tribunal will be kept in readiness to be deployed when it is expedient. A policy of appeasement is simply a slippery slope leading ever downwards.

The more important question is whether the proposals will improve the quality of journalism — and that is much harder to answer. I am not at all sure that the mechanisms created by the media to regulate itself along with the existing legal measures and other mechanisms of accountability should be thrown out.

Where there are weaknesses in the profession, they seem to have less to do with the systems of accountability than with aspects of the media business. There is undoubtedly a lack of diversity and newsrooms have shrunk dramatically while also having to cope with additional demands as employers chase online audiences.

In any event, the labels are not precise. The current system has significant involvement by public representatives, whereas any alternative will have to have strong media involvement, at the very least at the level of financing. Who else but publishers would pay? The only other option would be official funding and that would take us into the terrain of state regulation.

Although the structures and processes put in place are undoubtedly important, perhaps more decisive will be the calibre of people entrusted with running them.

The current and much-maligned system has been fortunate to have Thloloe at the helm and as its public face. He has lived the history of the South African press and has an involvement in leadership roles that stretches back more than 50 years.

Perhaps one can identify three distinct periods in that history, starting with the time of the long struggle against apartheid.

Thloloe came to journalism from an activist tradition, participating in the Pan-Africanist Congress’s anti-pass march that ended with the Sharpeville massacre in 1960 and being jailed at the young age of 17. Detention, torture and banning followed over the decades, as did combining practical journalism with a role in organising journalists’ unions.

A second period followed during the time of transition when major media institutions sought to transform themselves in line with the changes in the political landscape of the mid-1990s.

Thloloe played a central role in establishing a new ethos as head of news at the SABC before moving into a similar position at e.tv, then still new, and helping to establish and lead the South African National Editors’ Forum.

That period of transformation shaded into the present and a new hostility between the media and the ANC. Thloloe has been described as the media’s elder statesman and this period put him in a dual role: acting against poor journalism in his role as ombudsman and defending media freedom.

Perhaps the real connection between the commission’s report and the richly deserved honour given to Thloloe this week is that it may mark the start of a new period of institutional arrangements regarding accountability.

Editorial: Our power rests on the truth

A snapshot of Sam Nzima