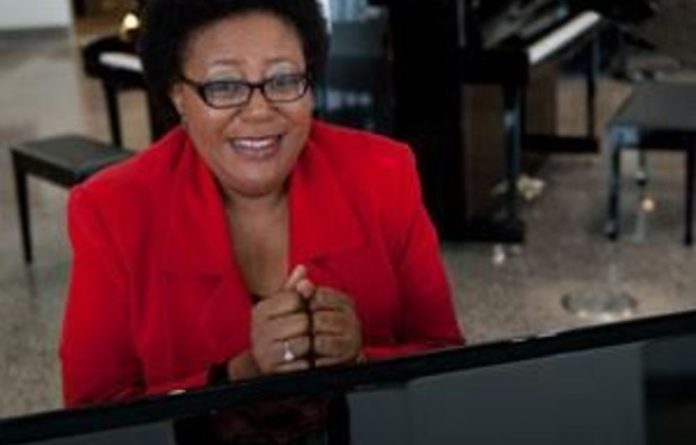 It is hard to believe that singer Sibongile Khumalo has been in music for 20 years — but it’s also untrue. Khumalo, who marks the past two decades with concerts at the Lyric Theatre on April 27 and 28 at 8.30pm — has been in music all her life.

Her father, Professor Khabi Mngoma, worked in just about every role the music industry has to offer, from overworked schoolmaster and musical activist to distinguished composer, choir leader and music-ologist.

And his young daughter often tagged along. She tells tales of rehearsals at Dorkay House when she was equally awed by the complexity of the choral work and the surprise appearance of jazz stars such as Kippie Moeketsi popping upstairs to consult “the Prof” on some musical point.

The 20-year anniversary is of a concert at Kippie’s, then the hottest jazz club in Newtown: The Three Faces of Sibongile Khumalo. Many date that 1992 outing with guitarist Bheki Khoza, pianist Paul Hanmer, bassist Victor Masondo and drummer Sipho Mtshali as the point when Khumalo stepped outside the box of “talented classical singer” and entered the popular music imagination.

The problem is, that’s not entirely accurate either. In the Mngoma household, those genre boxes had never really existed. Khumalo’s first music tutor was the doyenne of vaudeville music, Emily Motsieloa. Khabi, his wife, Grace, and their children listened to every sound that gramophone and radio could bring them. Mngoma worked diligently with establishment ethnomusicologists to preserve the heritage of Zulu music. But he provided dignified reproofs whenever it was suggested that African music-making be limited by apartheid-defined tribal categories: “The authenticity of present-day Africa does not just derive from the Africa of the past, of primeval forests and primitive instruments ­– although obviously this should not be ignored. The African of today can play both traditional and contemporary music,” he wrote.

Sounds of home
Khumalo dates her interest in improvised music earlier than 1992, to the late 1980s. Having secured music, music history and management qualifications, she became head of the Fuba music department and then co-ordinator at the Funda Centre. “There, we did a project called Melodi: Sounds of Home. That was a defining moment. Oddly, given my father’s background in the study of Zulu music, I found myself drawn to the complexities of Pedi sounds.”

If The Three Faces started anything, it was a protracted but ultimately irrelevant debate about whether she was or was not “a jazz singer”. But fitting neatly into a marketing category has never been her project. Her five albums, Ancient Evenings, Live at the Market Theatre, Immortal Secrets, Quest and, most recently, Sibongile Khumalo, have applied her musical intelligence to developing an authentic South African repertoire (“I’m the child of an archivist, remember?”). The repertoire draws freely on all the song techniques of our cultural history, from traditional extended vocalese through jazz improvisation to schooled choral singing.

“We need to reach the point in this country where, to be recognised as a jazz singer, you need songs in your repertoire beyond Ntyilo Ntyilo and Laukutshon’Ilanga,” she has said. Work with drummer Jack de Johnette’s group, Intercontinental, between 2006 and 2008 (he called it “a revolution that was not televised”) cemented her international reputation as an improviser across several genres. The work is still not available on record — a regrettable gap in Khumalo’s discography.

The singer’s career has since diversified further. She’s served on the National Arts Council, chaired the board of the National Arts Festival, been a musical director for stage shows and producer on her own record label, Magnolia Vision, as well as performed extensively. And she has also won recognition as a commentator on South African music, a role she will reprise on May 11 at the Wits Theatre, as discussant on Nedbank director Reuel Khoza’s Khabi Mngoma memorial lecture.

So, although the 20-year anniversary of Three Faces is a great excuse for a concert, the story that lies behind it is one of continuity in musical approach, rather than landmark breaks. It’s also an occasion to reflect, regretfully, that, 20 years on, there is now no Johannesburg urban jazz club that could host a similar event. Casino concerts are now substituting for a once-vibrant city music scene.

A requiem for African identity