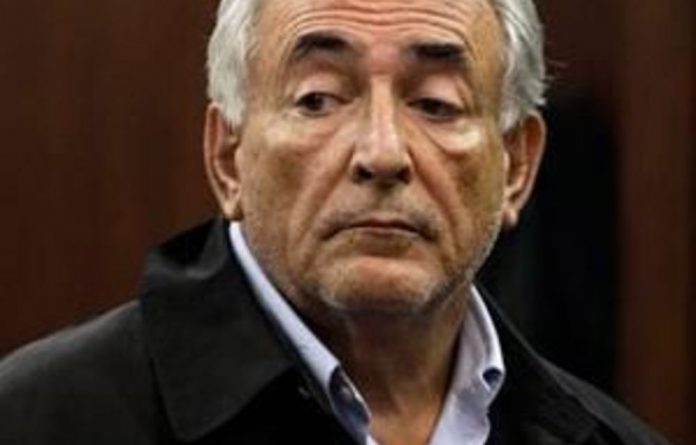 The New York Post, which said it had access to the decision before its expected publication, earlier reported that the Bronx judge hearing the suit brought by Nafissatou Diallo ruled Strauss-Kahn had lost immunity because he’d resigned from the IMF.

Judge Douglas McKeon called Strauss-Kahn’s attempt to escape the civil trial “his own version of a ‘Hail Mary pass'” — an American football reference to the often desperate, long-distance throw a team will attempt in the final seconds of a losing effort.

Diallo alleges the French politician forced her into oral sex when she went to clean his room last year at the luxury Sofitel in Manhattan.

Criminal charges were filed but then dropped when Manhattan prosecutors decided that Diallo would not make a credible witness. She subsequently filed the civil suit seeking unspecified damages over what she says was a brutal and “sadistic” assault by one of the world’s most powerful men.

Claiming immunity
Strauss-Kahn’s lawyers argued in court last month that his position as head of the IMF protected him from further legal action. However, he had never claimed immunity at the time of his arrest and he resigned voluntarily from his post — losing his privileges — even before criminal charges were filed.

The ruling, according to the daily, rips Strauss-Kahn’s bid to now reclaim immunity when he faced civil action.

McKeon also quoted the IMF’s own 2011 annual report, saying: “The reputation of a thousand years may be determined by the conduct of one hour.”

Strauss-Kahn says there was a consensual sexual encounter with Diallo in his hotel suite and denies any assault. But regardless of what happened, the scandal destroyed Strauss-Kahn’s career, both as head of the IMF and as a would-be candidate for the French presidency.

Opinion polls at the time of his disgrace had pointed to Strauss-Kahn being able to beat incumbent President Nicolas Sarkozy, who is now struggling to avoid defeat against Socialist Party candidate Francois Hollande in a runoff vote on Sunday.

Last weekend, Strauss-Kahn, or DSK as he’s popularly known in France, struck back, claiming that his downfall had been orchestrated.

Strauss-Kahn said that although he did not believe the incident was a setup, the subsequent escalation of the event into a criminal investigation was “shaped by those with a political agenda”.

“Perhaps I was politically naïve but I simply did not believe that they would go that far — I didn’t think they could find anything that could stop me,” he told the Guardian newspaper.

The Guardian said it was clear that “they” refers to people working for Sarkozy and his centre-right Union for a Popular Movement (UMP) party.

Sarkozy responded by saying Strauss-Kahn should “explain himself to the law and spare the French his remarks”. — Sapa-AFP