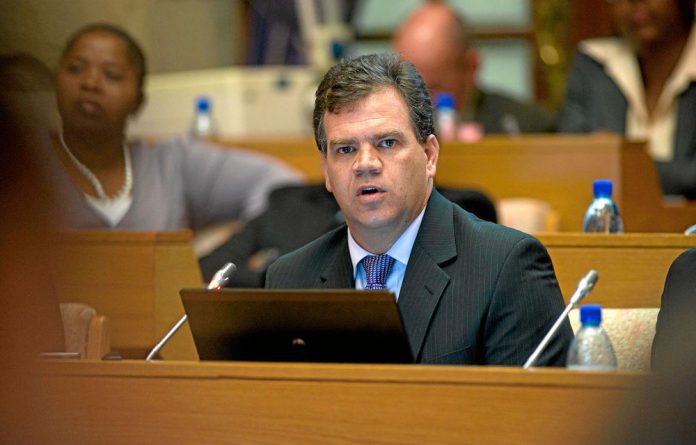 Members of the controversial Bhana family have been isolated as key drivers in the collapse of two Pamodzi gold mines.

They could now be sued in their personal capacity for the multibillion-rand losses accrued by the mines under the management of Aurora ­Empowerment Systems.

The Bhanas, father Solly and son Fazel, are accused of stripping the mines of their assets while workers were not being paid.

A witness claimed that on many occasions when they had finished smelting gold from the mines, Solly Bhana and a business associate would put the gold nuggets in their bags.

In a Companies Act application expected to be filed soon in the North Gauteng High Court, the joint provisional liquidators of the Pamodzi group of companies named both Bhanas as respondents, alongside politically connected Aurora directors Khulubuse Zuma, Zondwa Mandela and Thulani Ngubane.

The Bhanas were appointed to advise the Aurora board as “financial consultants”, but are alleged in the court papers to have been the driving force behind the management of the mines.

The papers also claim that the Bhanas raised money from family members in South Africa when it became clear that Aurora was in financial straits, but repaid it with up to 100% interest at exactly the time the mines’ workers were not being paid.

They also allege that workers were not paid despite substantial income from gold sales.

The liquidators are seeking to have the five men declared personally liable for the R2-billion debt owed to Pamodzi, after the inquiry into Aurora’s management of the two mines earlier this year.

Included in the application is an affidavit by joint provisional liquidator Johan Engelbrecht, who argues that the five “managed the affairs of Aurora recklessly with the intent to defraud” Pamodzi’s liquidators and creditors.

Aurora took over Pamodzi’s mines in Grootvlei on the East Rand and Orkney in North West in October 2009 after being nominated as preferred bidders by the group’s liquidators.

But in October last year, after the collapse of the mines, Aurora was removed as the preferred bidder and put into liquidation when it failed to pay numerous creditors and about 5 300 workers.

Engelbrecht said Pamodzi had “proved claims in the insolvent estate of Aurora” to the value of R122-million in gold sales and R1.8-billion incurred through the destruction of the mines’ assets.

On behalf of the liquidators, he said that the Bhanas and the three directors lied in their 2009 bid by saying that Aurora had secured R690-million in funding needed to buy the mines from a Malaysian consortium acting through AM-Equity Limited.

Engelbrecht argued that the inquiry into Aurora’s mismanagement of the mines had established that the AM-Equity funding was not guaranteed and was “suspensive” on Aurora meeting certain conditions.

Among these were that it should follow good corporate-governance practices and be financially transparent, neither of which was met.

AM-Equity representative Dato Raja Zainal Alam Shah had raised concerns during a visit to South Africa at the end of 2009, referring to “the large amounts of cash transactions made out of the Aurora account — to the tune of six figure amounts” at the end of November and early December 2009.

Du Toit testified that Fazel Bhana “took over the financial administration of all the mines, including the East Rand Group as well as Pamodzi Gold Orkney”.

He testified that Solly and Fazel Bhana, and Solly’s sons-in-law, Yaseen Theba and Feroz Essay, and Aurora’s financial director, Bashir Moosa, “would be the controllers of the cash”.

Du Toit alleged that AM-Equity’s Shah was denied access to Aurora’s financial transactions and its bank account, “one of the closely guarded secrets to which no one had access”.

According to Engelbrecht, it emerged from the inquiry that, by October 2009, Aurora “had no funds whatsoever and had raised no actual capital which [it was] entitled to utilise for the acquisition and operation of the mines”.

He said: “Since Aurora took over the mining operations during or in about October and November 2009, Aurora was commercially insolvent.”

In their testimony at the inquiry, the Bhanas sought to distance themselves from the management of Aurora and claimed that they were “advisers to the board of Aurora in respect of mergers and acquisitions”.

But Zuma’s evidence at the inquiry appears to tell a different story.

Engelbrecht said that, according to Zuma, the Bhanas were involved with Aurora “prior to negotiations which ensued for the purchase of Pamodzi” and that they took decisions on their own “and ran with the company”.

Engelbrecht drives home the point, pointing out that Zuma “confirmed that, in his experience, the Bhanas were the main contributors to the decision-making of the running of the company.

He confirmed that they performed functions and duties on behalf of Aurora that bound the company.”

Zuma also testified that Mandela and Ngubani “did not exercise the functions and duties of the companies to the same extent as the Bhanas” and Zuma had “little doubt in stating that the final decision-making for Aurora, and in particular in terms of what was wrong or right, originated” from the father-and-son team.

It also emerged during the inquiry that the Bhanas “were aware of the financial woes of Aurora” soon after they were granted preferred-bidder status.

This “caused” Fazel Bhana to “raise monies from his family members”.

In his evidence, Fazel told the inquiry: “When they [Aurora] needed money at the beginning, I was a financial adviser and I could raise the money for them.”

The need for loans from his family, Bhana testified, arose because Aurora could not meet its “commitments to Pamodzi and make payment of its obligations” in terms of an interim trade agreement signed between the Pamodzi liquidators and Aurora in 2009.

Between October 2009 and April 2010, members of the Bhana family were repaid their loans, “receiving up to a 100% interest back on their alleged capital investment”, Engelbrecht said.

“It stands to reason that, at the time of entering into the alleged loan agreements, Aurora’s obligation to the investor would be double the capital it received and would, as a consequence and apart from the consideration to Aurora’s obligation to any other creditor, be trading under insolvent circumstances from inception.”

In their evidence, the three directors indicated that they were un-aware of the repayments made to the Bhana family.

But Ngubane admitted that he knew about the loans and that they would have to be repaid.

Zuma told the inquiry that he had “never received any payments from Aurora”, but had personally forked out about R35-million to help pay creditors and wages.

Zuma said the only other source of funding he knew about “was a loan from an Indian gentlemen of R8-million to be repaid by Aurora”.

During the inquiry, Ngubane, Zuma and Mandela were informed that the extended Bhana family had received more than R9-million from the end of 2009 to April 2010.

The liquidators also discovered during their investigations that the income “derived from gold sales from October 2009 to April 2011” stood at about R120-million.

It was further established that while Aurora defaulted on paying mine workers between January and March 2010, “there was substantial income derived over this period from gold sales”.

Solidarity’s Gideon du Plessis told the inquiry: “They told us they were 30% or 40% under breaking even in their gold-smelting operations and that is why they had to start using their own money to fund the mines.”

Du Plessis testified that on many occasions when they had finished smelting gold from the mines, Solly Bhana and business associate Tony Chammas would put the gold nuggets in their bags.

He said there was “no control, no supervision and clearly — financial irregularities concerning the gold sales and transactions”.

“By gaining control over all the assets, the entire infrastructure on all the mines was destroyed under the control of Aurora and the mining operations reduced to nothing,” Engelbrecht said.

“Most of the infrastructure was sold and approximately ­R240-million in earnings derived from the sale of gold is unaccounted for.”

In its bid to take over two mines of the liquidated Pamodzi group, Aurora Empowerment Systems falsely claimed to have acquired a controlling interest in a listed investment holding company, Cenmag, and to have purchased Zambia’s Redwood Timber Merchants, according to papers soon to be filed by the liquidators in the High Court.

The affidavit of joint liquidator Johan Engelbrecht states that Aurora director Khulubuse Zuma confirmed in evidence that Solly and Fazel Bhana had become involved in Aurora as consultants and “were in that capacity directly involved in negotiating what he referred to as the deal with Senmag and Redwood Timber”.

Zuma testified in 2009 that Aurora “represented that it had already purchased and successfully acquired 71% of the controlling interest of Cenmag Limited, a public company listed on the Johannesburg Stock Exchange.

“Aurora also represented its acquisition of the largest mill in the southern hemisphere, Zambian company Redwood Timber Merchants, which, so it was alleged, propelled Aurora to the forefront of global timber supplies with the core focus being the Gulf and Far Eastern markets.” — Sally Evans