Classification hearing on ‘The Spear’ postponed 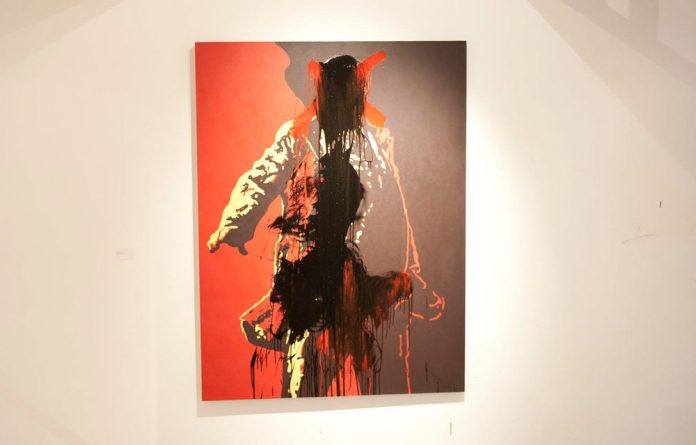 VIDEO: The smearing of The Spear

A meeting of the Film and Publication Board to decide on the status of The Spear painting has been postponed until next Tuesday.

A decision on whether or not the meeting would be open to the media had not been taken, board spokesperson Prince Mlimandlela Ndamase said on Wednesday.

The board sent a team of five classifiers to view and classify Brett Murray’s much-publicised painting on display at the Goodman Gallery. It shows President Jacob Zuma with his genitals exposed. The work was vandalised on Tuesday and the gallery was temporarily closed.

On Wednesday, the board’s chief executive Yoliswa Makhasi recused herself from a hearing following a complaint by City Press editor Ferial Haffajee that she was biased.

Haffajee said Makhasi’s tweets during the hearing on Tuesday night indicated the hearing was purely for show.

“We looked at the tweets of the CEO and it was very clear that a decision had already been made … the issue had been pre-judged. It’s supposed to be an independent institution.”

The hearing would take place at 2pm.

No comment
The man charged with spraypainting the wall of the Goodman Gallery was mum on the matter after appearing in the Hillbrow Magistrate’s Court.

“No comment,” said George Moyo, clean-shaven and neatly dressed in a Prince of Wales suit and spectacles, when asked why he did it.

The only information he would share was that he was not an artist but a businessman.

Moyo’s lawyer, Busi Mbokazi, secured his bail of R1 000. The matter was postponed to June 14 for further investigation on a charge of malicious damage to property.

Outside the court, four women in ANC colours sang for him and said they would support him. When the lone television camera had stopped rolling, they stopped singing.

Moyo then travelled to the Johannesburg Regional Court to support two other people who were expected to appear on similar charges.

“A message needs to be sent out that your right to expression is not a licence to defame people. This painting triggered all sorts of emotions and the issue is not the defacing, but the painting itself,” Mantashe told a crowd of ruling party supporters outside the South Gauteng High Court in Johannesburg.

Mere minutes after the court case – in which the ANC sought to prohibit the exhibition and publishing of the artwork – was postponed, two unidentified men entered the Goodman Gallery and damaged the painting.

A large red X was painted over the genital and facial area of the art piece while black paint was smeared all over the surface of the image.

Refusing to give their names, the duo was immediately apprehended by security before being arrested and taken to the Rosebank police station – they were later released on R1 000 bail.

It was reported the pair were a university professor and a 25-year-old man believed to be one of his students.

“If people want to dwell on racial superiority [then] they are destroying what we have achieved in the past 18 years. This is racist and we must fight it with everything we have,” Mantashe told the roaring crowd as news broke of the defacement.

The case itself will now be heard on Thursday after Deputy Judge President Phineas Mojatelo recused sitting judge Fayeeza Kathree-Setiloane, saying the matter was of “national importance” and required a full Bench of three judges.

Murray was also permitted to join the Goodman Gallery and City Press newspaper as a respondent to the interdict application made by the ANC and Zuma.

Zuma’s children were also collectively awarded an application to be admitted to the applicants role in the case under the legal counsel of advocate Thabani Masuku.

The court challenge has perplexed legal minds as it pits the right to freedom of expression against Zuma’s right to dignity – both of which are enshrined in the Constitution.

“This makes me angry, I fought for freedom of expression but people are now abusing that right. People need to draw the line between satire and attacking personal dignity,” Donovan Cloete told the Mail & Guardian as he protested.

Zanele Monuai and Michelle Seketi, two high school pupils from Johannesburg, took time from their studies to “protect their leader”.

“We are here to show him he’s not alone – you don’t paint the private part of any president,” Seketi said.

“He has done so much for us, I don’t understand how they can do this to him,” Monuai added.

Mantashe reiterated the ruling party’s stance that the “racist” artwork should not be protected by the right to freedom of expression.