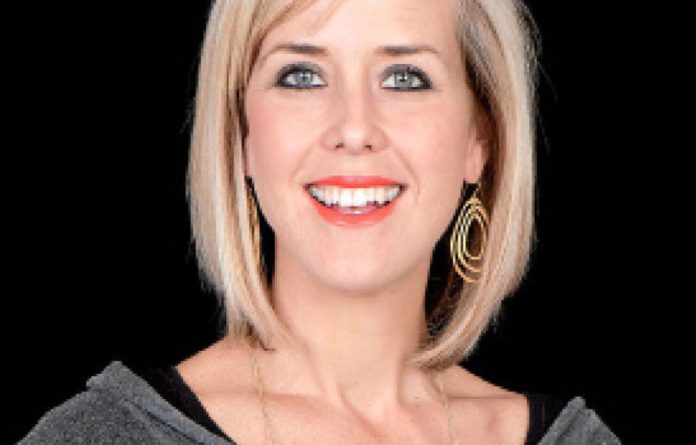 Kirsten Goss is a 37-year-old jewellery designer and mother of two. She lives in Durban and manages Kirsten Goss London with her husband Steven. Their company has stores in London, Johannesburg, Cape Town and Durban. Kirsten Goss London started in 2002 in a shared studio space in Westbourne Studios in London. Two years later Kirsten opened her flagship store in Kensington and, in 2007, she moved to Durban where she opened a small studio from home. In 2009 she opened a state-of-the-art design studio that now services all four stores as well as kirstengoss.com, an online platform for international clients. In 2011 she opened a store in Johannesburg and last month, in collaboration with luxury leatherwear brand Missibaba, she launched a store in Cape Town. Kirsten Goss London is an entirely in-house operation, which allows Kirsten to maintain creative control of all aspects of the business. One of Kirsten Goss London’s top achievements has been to win the award for “most beautiful object in South Africa 2012”. Kirsten Goss London was nominated for this award by Jacqui Myburgh, editor of Visi magazine, for which members of the public voted. In June last year, alongside world-renowned sculptor Dylan Lewis, Kirsten was invited to design a piece of jewellery for auction at Christie’s in London. This special project was organised by the Wildlands Conservation Trust to raise funds for rhino conservation, most particularly by satellite tracking. Kirsten Goss London’s 18-carat gold-and-white, champagne-and-black diamond ring named Refuge raised £12000 (about R150000). Goss is featured in the Mail & Guardian’s Book of Women 2012.

My career is twofold: I am a businesswoman who runs operations in four cities on two continents and I am also a dedicated jewellery designer. I find that being a businesswoman involves finding a balance between managing and motivating teams while still keeping a constant eye on every aspect of operational activities such as public relations,  marketing, product development, sales and client relations and exhibiting at international shows. No one task takes precedence, because every facet is a critical part in the turning wheel of a business. As a jewellery designer, my challenge is more personal. I need to inspire myself all the time and in this way provide the spark, the source, the energy that drives the brand’s core. My career involves confronting the harsh reality that my freedom to design what I want must be paired with the responsibility of turning that design into a profit. This is the combination required for Kirsten Goss London to thrive as a company.

<strong>What or who inspired you to pursue jewellery design?</strong>

I had a huge amount of inspiration around me as I was growing up. I had two very assertive grandmothers, one of whom was Norwegian. She loved fine Scandinavian silverware and art. I also had inspiring parents and now, I have an incredibly ambitious husband. I have always had two very opposing sides, one very academic and the other quite wild and creative. My degree also offered me an opportunity to ignite both these sides of myself. I studied under real masters of the craft and learned solid technical skills, which I still draw on today.

<strong>What subjects are required if one wants to become a jewellery designer?</strong>

You need matric exemption and artistic ability as well as a portfolio of practical work that shows your competence in drawing and observation. There is a total split between creative vision and the practical craft of jewellery design, which is really technical. You need both. I studied all the sciences at school.

I like the ability to realise the ideas that form in my mind, the freedom to be expressive and the ability to share that vision with six incredibly talented goldsmiths.

<strong>What are the jobs prospects?</strong>

As with any position in the fashion or other creative industries, you have to work hard and, most of the time, for little more than experience. When I graduated, I went to work for Erikson Beamon in London and there we worked hard and fast. You have to have endurance. The industry is pretty close-knit and most people are in it for life, so there is not a great deal of movement at the top. Experience is the key to success, so my advice would be never to snub a minor position. There is always the possibility of carving out something more for yourself when you see an opening.

Running my own business is a relentless pressure. The best chance of relaxation is through a forced intervention like dragging me somewhere so remote that there’s no chance of a cellphone signal or wi-fi! Time spent with my husband and kids at our beach house on the Wild Coast is like heaven.