Money rules an art scene left to its own devices 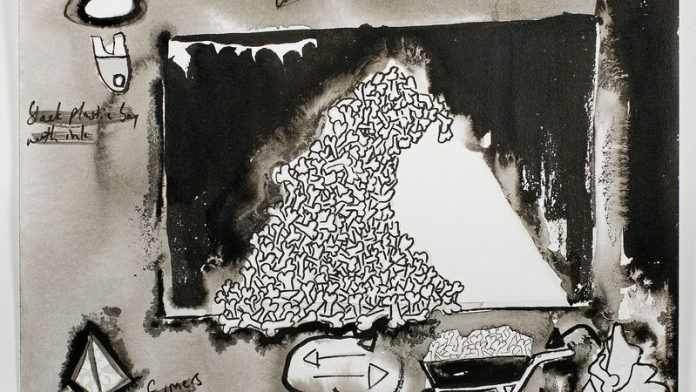 But Jacob Zuma, having offered himself as Unkulunkulu, the divine Zulu father, has found few artists willing to venerate him. Perhaps it is his lack of a beard.

For his part, Gwede Mantashe, the party’s secretary general, has emerged as its chief art critic. “Rude, cruel, disrespectful and racist” was how he described Brett Murray’s phallic painting of Zuma last May. The arts and culture minister, Paul Mashatile, has yet to display the same silky charms as Senegal’s minister of tourism and culture, Youssou N’Dour.

The news is not all glum. The mineral resources minister, Susan Shabangu, has emerged as a kind of Lorenzo de’ Medici — or a cross-dressing Charles Saatchi — after she successfully bid R3.7-million for a saccharine portrait of Nelson Mandela by the artist Sifiso Ngcobo at a recent ANC charity auction.

A serious question: Is the state really a player in the local art market? The answer is necessarily complicated. According to the report, commissioned by Mashatile’s department, the visual arts sector is “robust and structurally sophisticated”. It generates a turnover of nearly R2-billion annually and provides work for about 18 000 people, about a third of them artists.

More than half that workforce is black (57%), although “senior management and ownership of businesses, institutions and organisations continues to be largely vested in white people”, states the report, which was overseen by Gerard Hagg, formerly a chief research specialist at the council and now a private consultant.

The preponderance of powerful white tastemakers is not the only red flag in the report. Composed almost entirely of small and micro-enterprises, the industry, which is overwhelmingly urban and concentrated in Durban, Johannesburg and Cape Town, is described as “largely commercially driven”.

Diversified and grown
It has been like that for some time. In 2004, writing about the achievements of the local art world in its first decade of democracy, Colin Richards offered a useful précis of the situation. “The gallery system has recently diversified and grown, often in stark contrast to public sector specialist art museums suffering shrinking budgets and too often a malaise of leadership.”

I asked Riason Naidoo, the director of art collections at the South African National Gallery, the country’s flagship public art museum, to respond to this assessment. Is it true that private institutions — retail galleries principally, but also auction houses and corporate institutions — are now largely defining visibility and taste in this country?

“Let’s not kid ourselves, the commercial galleries have a specific strategy, which is to profit, to make money,” said Naidoo, a painter turned arts administrator whose institution forms part of Iziko Museums of Cape Town, an umbrella body consolidating five national museums in the Western Cape and funded by the department.

“We are not in the business of making money, for better or worse. That is not our role. Our role is to have as objective a view of the market as possible and work according to those lines.”

Not everyone agrees with his assessment. In a 2009 interview with art dealer Michael Stevenson, he described the country’s public museums as without force. “Elsewhere in the world, they become the collectors who pace the market,” he said. “They give form to a lot of what happens.”

More recently, Piet Viljoen, the financier whose New Church space in Cape Town is the country’s first private museum dedicated to contemporary African art — and a testament to Stevenson’s persuasive hand as a commercial dealer — said: “Public galleries are not funded very well and driven by a lot of politics.”

“I would second the thought that we are underfunded,” Naidoo said. “We could do a lot with more funding.” He dismissed the rest of Viljoen’s allegation. “Wherever you have people you have politics.”

He also reiterated a point highlighted by the HSRC report. Because of their location, built form and contents, the report states, public museums manifest “the institutional legacy of an apartheid economy that invested significantly in a costly public arts infrastructure designed for the consumption of a minority”.

Museum pieces
By contrast, the ANC government has favoured spending on heritage infrastructure, because of its “broader resonance and audience”, the report states.

In this regard, Naidoo, who succeeded Marilyn Martin as director in 2009, has focused on showing neglected senior black artists such as Peter Clarke, Ernest Cole and Louis Maqhubela. It hasn’t been at the expense of white codgers — the museum has also hosted shows devoted to deceased painters Alexis Preller and Vladimir Tretchikoff.

The museum’s paid entry policy (R20) sets it apart from other public museums, and visitor numbers — usually 180 to 200 a day, excluding school visitors — nonetheless doubled during the run of Tretchikoff.

Putting on a big monographic show, such as the travelling Clarke retrospective that has opened at London’s Institute of International Visual Arts, is costly.

Budgets are unavoidably a touchy subject. Iziko’s annual report makes clear its dependency on a R54-million subsidy from the department. The sum offers little wiggle room for creativity, because R52-million is absorbed by personnel expenses alone. The Iziko chief executive, Rooksana Omar, earns slightly more than R1-million annually and Naidoo receives R640 000 — the public sphere is not entirely unattractive at the senior level.

Although the museum has entered into some dynamic public-private partnerships, notably allocating space to the travelling Standard Bank-sponsored Young Artist Award exhibition, these arrangements are ad hoc. The museum has no fixed sponsorship deals in place.

Despite the constraints, Naidoo believes his institution is fulfilling its mandate, both acquiring and showing a balanced mix of new and old work. Heritage acquisitions include work by Maqhubela, an important abstract painter, and sculptor Noria Mabasa.

Young bloods
Insufficiently capitalised to be a player in the secondary market (“they [public museums] cannot compete at auction and are not setting buying trends as they should,” said Emma Bedford, a former curator of the National Gallery and now a senior art specialist at the auction house Strauss & Co), Naidoo has adopted a “proactive strategy” of buying the work of younger artists.

In the past two years, it has acquired work by painter Zander Blom, photographers Bonile Bam, Gabrielle Goliath and Jodi Bieber, mixed-media artists Athi-Patra Ruga and Michael MacGarry, as well as a key sculpture by 2013 Standard Bank young artist Mary Sibande. The Reign depicts Sibande’s alter ego, the domestic goddess Sophie, astride a rearing black stallion. The eye-catching work, a convoluted piece of post-colonial kitsch in my view, was acquired at a cost of R280 000.

“It is probably the most expensive purchase the gallery has made ever,” said Naidoo. It was made possible by the Friends of the South African National Gallery, a membership-driven association founded in 1968 that lobbies and fundraises on behalf of the museum to assist in buying key works.

Naidoo’s decisions have sometimes been the subject of stinging criticism. His pop survey of a century of local art, 1910-2010: From Pierneef to Gugulective, starkly divided opinions during its run. In the event, history might remember the show as  prophetic.

The past two rounds of the MTN New Contemporaries, a corporate-sponsored art award that spotlights younger talent than the rival Standard Bank-sponsored award, have gone to members of the Gugulective artists collective. Unathi Sigenu and Kemang Wa Lehulere nabbed the award in 2012 and 2010 respectively.

“MTN was a boost in confidence,” said Wa Lehulere, who has held a solo show with Stevenson Gallery and last December produced one of his chalk wall-drawings for New York dealership Lombard Freid Gallery at their Art Basel Miami Beach sales booth. “It was also great exposure and I was able to buy time to think through things thoroughly.”

Wa Lehulere cautions against placing exaggerated emphasis on public and private institutions in isolation, or overstating the divide between them. Although Gugulective was celebrated as the closing bracket to a century of local art making at Naidoo’s exhibition, the gesture was largely symbolic. “Iziko do not even own a work by Gugulective,” said Wa Lehulere. “What was their role as a public archive institution?”

Corporate awards are also not a panacea, he said. “It is also important to know that there are other things that hinder artists’ growth, namely class, race, sexuality and gender.”