‘BEE is flawed and should be scrapped’ 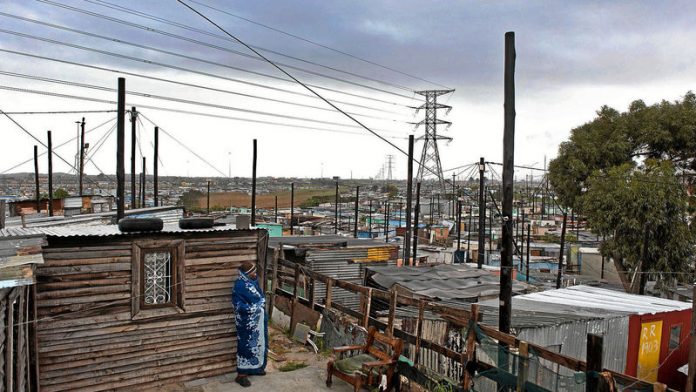 Despite mounting criticism of black economic empowerment (BEE) from a wide range of people, the government seems determined to implement the policy more punitively. It also ignores the reality that far too much scarce capital, skills, entrepreneurial effort and bureaucratic oversight have already been ploughed into trying to make BEE succeed.

The fact is that no amount of reasonable effort can make the policy work. Attempts by the department of trade and industry to reform BEE, as reflected in its draft codes of good practice released for comment at the end of last year, also fail to address most of the criticism.

In 2010 Pravin Gordhan, the minister of finance, said: "BEE policies have not worked and have not made South Africa a fairer or more prosperous country."

In the same year, Lawrence Mavundla, the president of the National African Federated Chamber of Commerce and Industry, said BEE and preferential procurement had marginalised small businesses instead of helping them. It had also promoted "tenderpreneurs who were tender thieves because they got their tenders through [political] connections".

In 2012 Gwede Mantashe, the ANC secretary general, criticised preferential procurement too. He said: "This thing of having a bottle of water that you can get for R7 procured by the government for R27 because you want to create a middle-class person who must have a business is not on … It must stop."

Moeletsi Mbeki, the brother of former president Thabo Mbeki, has also repeatedly criticised BEE. In his book, Architects of Poverty: Why African Capitalism Needs Changing, published in 2009, he wrote that BEE "strikes a fatal blow against black entrepreneurship by creating a small class of unproductive but wealthy black crony capitalists made up of ANC politicians". It thus robbed South Africa of the key to economic and industrial development: an entrepreneurial bourgeoisie. "These are the businessmen, industrialists, risk-takers and private investors who alone can create a developed, ­modern state."

Hard to quantify
In the mining sector, vague BEE rules and their often arbitrary interpretation by bureaucrats have cast doubt over the certainty of mining titles and deterred investment, growth and jobs in a sector vital to the success of the economy. The sector declined even in the midst of the global commodities boom from 2003 to 2008 when investment in other mining countries was booming.

In addition, a vast amount of scarce capital has now been spent on BEE deals. The value of these transactions is hard to quantify, because those involving private companies are not made public. However, figures in the public domain put the value of such deals between R550-billion and R600-billion in the decade from 1998 to 2008 alone. This investment has primarily been nonproductive and its benefits have gone largely to a small group.

But the department's proposed new codes put even more emphasis on ownership, to which so much scarce capital has already been assigned. They also set out to make BEE requirements significantly more onerous, based on the unproven assumption that existing rules are too lenient. Under the new rules, businesses will have to run very much harder to meet quotas that are not only unrealistic but also, given the government's past record, likely to be ratcheted up again soon.

Investment, growth and jobs are all likely to suffer, particularly in an already difficult business environment characterised by soaring electricity and other input costs, scarce skills and low productivity, inadequate infrastructure and persistent wildcat strikes and labour unrest.

BEE, like other affirmative action measures, will never help more than a relatively small "elite" within the broader disadvantaged group. To the 19-million South Africans still living in relative poverty – on less than R5000 a month for a household of at least eight – it is unlikely ever to bring benefits such as ownership deals, management posts, preferential state contracts, the development of workplace skills or new business enterprises.

Poor who pay the price
But BEE, and other forms of redistribution, help to tether the growth rate to about 3% a year and make it hard to break through that level. At this rate of growth, as Marcus said, it will take a quarter of a century for the size of the economy to double. Throughout this long period, it will be the poor who pay the price for the hobbling of the country's potential.

Instead of trying to "reform" BEE with a raft of further unrealistic requirements, the government should recognise that BEE is fatally flawed and cannot be made to work.

Instead, the state should identify the real barriers to the advancement of the poor and start removing them. This means that the ruling ANC must now embrace the much harder tasks of:

The government also needs to shift its "big idea". For 18 years, the ANC has emphasised redistribution instead of promoting economic growth. But dividing up the existing economic pie without expanding it will never be enough to meet the needs of a growing population.

Costly BEE policies should be ­jettisoned as part of a big shift from redistribution towards growth – from a focus on enriching the few to removing the obstacles to the advancement of the many.