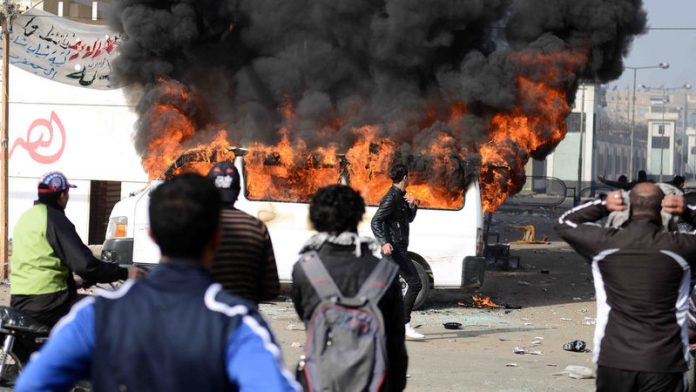 Members of the main opposition coalition added that they will only attend future talks if a list of conditions are met.

Morsi invited his allies and rivals to talks on Monday to try to resolve a political crisis and end violence on the streets that erupted during anti-government protests. Five days of unrest has led to 50 deaths.

The National Salvation Front, which rejected a similar call for dialogue last year during another spasm of unrest, saw the Islamist leader's call as "cosmetic and not substantive", said leading member of the coalition Mohamed ElBaradei.

"We will not go to the dialogue today," ElBaradei told a news conference after the Front's members met in Cairo to discuss the invitation.

"We will send a message to the Egyptian people and the president of the republic about what we think are the essentials for dialogue. If he agrees to them, we are ready for dialogue."

"We have accepted dialogue [in the past] and went to the president in his office and spoke to him," said leftist firebrand politician Hamdeen Sabahi. "We did not refuse dialogue. But the result was he issued an oppressive decree."

Opposition politicians were particularly angered that they had not been given any indication of Morsi's plans for such a sweeping move in their individual talks with him shortly before the decree was issued.

After that decree, Morsi fast-tracked an Islamist-tinged constitution through a referendum, further enraging his opponents who accused him of reneging on his pledged to be a president for all Egyptians. – Reuters